The cyclone was about 280 kilometres northeast of Cairns on Tuesday afternoon, and was packing 95km/h winds and 130km/h gusts as it slowly tracked north-northwest.

The bureau says high winds, rainfall and abnormally high tides are expected for the next 24 to 48 hours in coastal areas.

Churning off north Queensland’s coast, Niran has left thousands of homes without power and heavy rain caused floods in some areas.

“The cyclone is expected to continue moving slowly to the north-east during today before becoming slow-moving or drifting back slowly to the west this evening into Wednesday,” the Bureau of Meteorology said.

“Niran is expected to continue intensifying over the next day or two.”

“It is a category two system and is expected to intensify into a category three system Wednesday.”

A gale warning had been issued for coastal and island communities between Cape Flattery and Innisfail, with gusts up to 100km/h expected by Wednesday.

The winds knocked down powerlines on Monday night, blacking out about 42,000 homes in the region.

Abnormally high tides may also develop about the central and tropical east coast of Queensland, and storm-force wind warnings were in place for these regions on Wednesday.

The Townsville radar went offline on Sunday but the bureau reassured the community it does not affect its ability to issue forecasts and warnings.

It was estimated to be up and running again by Thursday.

Flood warnings and watches would also be monitored and reviewed on Tuesday.

Two people were rescued from flood waters near the Star River, west of Townsville, about 9.30pm on Monday.

The premier, Annastacia Palaszczuk, said residents should follow the bureau for updates.

“My main message today to people in the far north, and they’ve dealt with heavy rain before and cyclones so they know exactly what they’re doing, but if it’s flooded, forget it,” she said.

Tropical cyclone advice would be issued by the bureau every three hours during the warning phase.

The Cairns deputy mayor, Terry James, said the weather had died down as the cyclone moved away from the coast on Tuesday morning.

“The conditions here at the moment is pretty typical in Cairns, beautiful one day and perfect the next,” he told Seven’s Sunrise program.

“So we have got a small hiccup, we have got a cyclone off the coast as you mentioned, about 250km to the north-east of us, and it’s a bit of a breeze at the moment and is heading away from us at the moment so we don’t expect to see to much trouble until maybe later on tonight.”

James said the council was well prepared if the cyclone picked up or returned and it was trying to restore electricity to homes in areas where powerlines were down.

He said if Niran returned it would likely track towards southern Cairns and the Cassowary Coast region.

“These things are very unpredictable. So we are saying to the people in the area to just be vigilant, keep the eyes and ears open and listening to the forecast, listen to the radio and be prepared just in case,” James said. 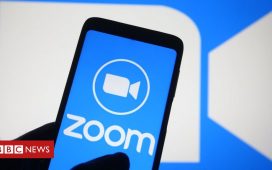 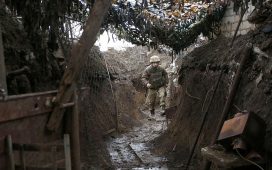