A whale has stunned scientists by staying submerged underwater for almost four hours.

The mammal belongs to the species Curvier’s beaked whale, which is known for their diving prowess.

But the recorded dive time of 222 minutes is unheard of, and researchers estimate the animal’s oxygen reserves would have run out after just 77 minutes.

Scientists are unable to explain how a mammal can be without oxygen for so long but believe the species can use anaerobic respiration for several hours, if necessary.

As a result, Cuvier’s beaked whales likely have an exceptionally low metabolism, larger than usual oxygen stores and the ability to withstand stinging lactic acid. 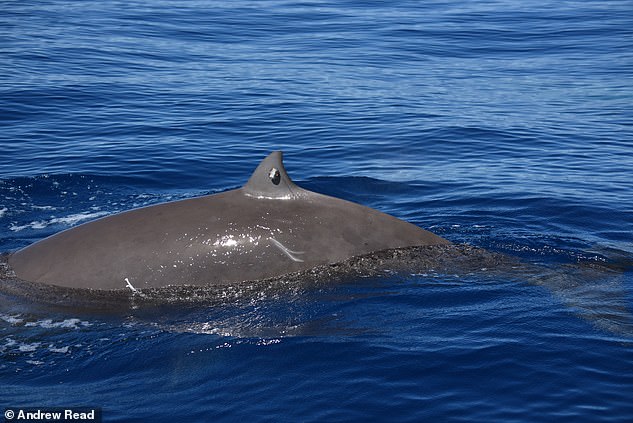 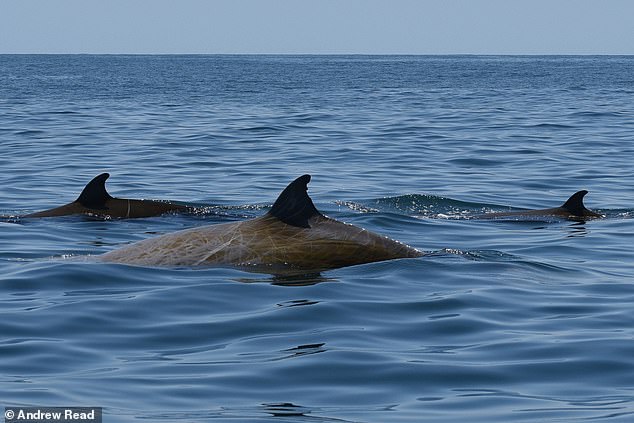 Scientists are unable to explain how a mammal can be without oxygen for so long but believe the species can use anaerobic respiration for several hours, if necessary

Previous calculations suggest these relatively diminutive whales should only remain submerged for about 33 minutes before their oxygen runs out.

At this point they switch to anaerobic respiration, a process done without oxygen which is less efficient and produces lactic acid.

Lactic acid is the same burning feeling in muscles people experience after prolonged or strenuous exercise.

However, researchers in the latest study refined this calculation and believe anaerobic respiration begins 77.7 minutes into a dive.

Researchers from Duke University in North Carolina tried to record some dives from this remarkable and little-known species.

This task was made tricky by the fact the whales spend less than two minutes at the surface after completing one of their dive, making the act of sticking a tag on a dorsal tricky.

A total of 23 tags were added to individual whales in the waters off Cape Hatteras, USA, recording more than 3,600 dives. 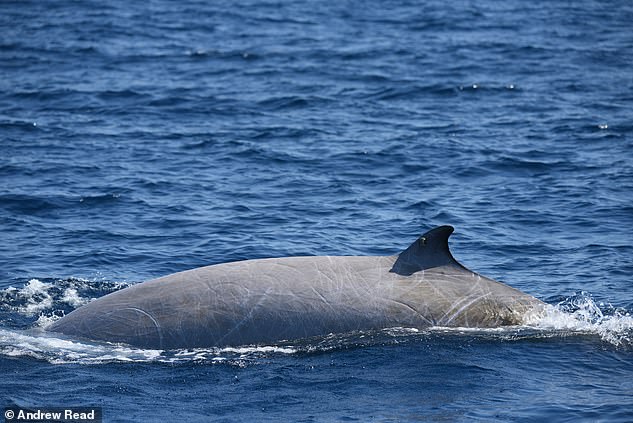 Researchers in the latest study believe anaerobic respiration begins 77.7 minutes into a dive, more than double the previous estimate of 33 minutes 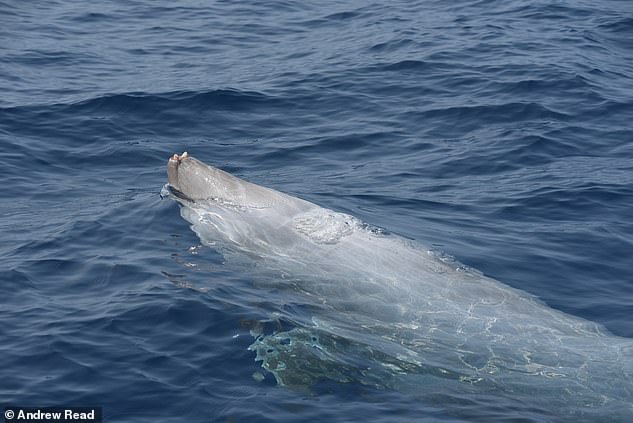 The two longest dives were recorded in 2017 at 222 and 173 minutes. These were not included in the dataset for the study because the dives occurred just 24 and 17 days after a one hour exposure to a Navy sonar signal, respectively

How and why do Cuvier’s beaked whales dive for so long?

Cuvier’s beaked whales are described as the ‘true megastars’ of the diving world.

Researchers say they are capable of reaching depths of almost 3,000 metres (1.86 miles).

Cuvier’s have a cone-shaped head, with a stubby beak and the short mouth-line curves upwards and looks like a smile.

The torpedo-shaped body is grey due to algae and appears to be highly scarred. This is caused either by fights with other males and the unique oval marks are caused by cookie-cutter sharks.

They live in waters all around the world, except for around Antarctica and the Arctic, and eat fish and squid from deep in the ocean.

It revealed the shortest dive was 33 minutes. Experts know 95 per cent of all dives, from all marine mammals, are completed before the oxygen runs out.

Using the data from the 3,680 dives, the 95 per cent threshold puts the onset of anaerobic respiration — the point where oxygen reserves have been depleted — at 77 minutes.

These were not included in the dataset because the dives occurred just 24 and 17 days after a one hour exposure to a Navy sonar signal, respectively.

As whales use echolocation to communicate and direct themselves, this may have triggered an unusual response in the animal leading to unusually elongated dives.

However, the researchers say in the study that these extraordinarily long dives are ‘perhaps more indicative of the true limits of the diving behaviour of this species’.

Their ability to stay submerged for so long can only be explained by an unrivalled ability to tolerate anaerobic respiration.

‘It really did surprise us that these animals are able to go so far beyond what predictions suggest their diving limits should be’, says Dr Nicola Quick, who led the study.

Referring to the exceptionally long dive of three hours and 42 minutes, Dr Quick said: ‘We didn’t believe it at first; these are mammals after all, and any mammal spending that long under water just seemed incredible.’

The findings were published in the Journal of Experimental Biology.

What Victorian-era seaweed pressings reveal about our changing seas

Wild vampire bats socially distance when they get ill

Proportion of people in England with Covid antibodies has fallen, study says