The Minister of Interior, Rauf Aregbesola, has said the argument of some Nigerians that the current political arrangement is hindering the country from moving forward is valid.

The minister, who said he spoke in his personal capacity and not on behalf of the Federal Government, stated that the current structure needed to be adjusted to enable its constituent parts to have access to more resources for development.

He spoke on Friday in Ibadan, Oyo State, after his investiture as the grand patron of the Nigerian Union of Journalists, South-West zone.

Aregbesola said, “The argument that the current political configuration holds down the country may be admissible to a large extent and we need to adjust our structure, both politically and economically.

“Nigeria needs to ensure maximum exploration and use of the resources by the constituent parts of the Federation with a view to encouraging healthy competition and broadening the space for mass participation in wealth creation.

“Nigerians need to create a Nigeria where individuals can find fulfilment in life, even as they tread the narrow path of honesty, hard work and sincerity.

“They need to create a nation where justice reigns and no man is oppressed, where merit can elevate to the top and the content of a man’s or woman’s character is enough guarantee of enjoying the benefits of a prosperous federal society.”

The minister said secession was not the solution to the current challenges facing the country, adding that war would also not solve the problem but rather compound the woes.

The former governor, who said the country’s unity had never been tested the way it was being done, stated that, at this point, Nigeria needed men and women of character who would do everything to unite it, instead of dragging it into anarchy.

He added, “Besides, those who take the precipitate action of resorting to armed conflict often plunge their land and people to ruin from which there may not be an exit option. Nations are often locked in civil wars of mutually assured destruction in which, peradventure one side wins, the victory will turn to ashes because the cost of victory is the loss of everything that was fought for.

“Wars can also be so devastating that when they end, the people are set back by no less than 100 years. Worse still, as it is well established in the revolutionary literature, revolution often consumes her own children. Those who engineer popular uprisings may be consumed by them.

“This is not a cowardly outlook. When a war becomes inevitable, irrespective of my age and physical condition, I will be the first to volunteer then. But we are far from that situation and (I) pray we will not get there.” 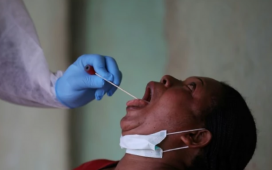 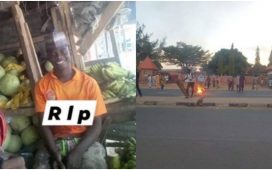 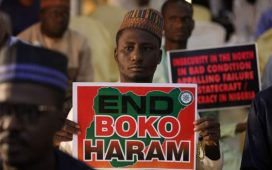 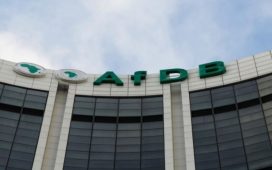