The UK and European Union have reached a historic trade deal after months of negotiation and lots of angry briefing to the press.

It will come into effect on January 1 2021 after the transition period ends.

The deal prevents tariffs or quotas on £668 billion a year of trade, which would have arrived due to Brexit.

But beyond the headlines, it covers hundreds of smaller issues that could make a big impact.

The devil of what has been agreed will be in the detail – and will be pored over in the days to come.

But here are some of the more interesting nuggets that have been spotted so far from the documents released by the EU and the UK.

It’s important to note that the Brexit trade and security deal, finalised on Christmas Eve, hadn’t been published in full yet at the time we compiled this list.

And the length of the document, including annexes, will be at least 500 pages.

But all the same, here are some things we know so far.

What do you think of the deal? Let us know in the comments section below.

1. The whole deal could come crashing down after four years

We’ve not yet found this in the documents that are published online. But Downing Street said the “future partnership” would be reviewed after four years and could – in a worst-case scenario – be axed.

No10 said there will be mechanisms to ensure neither side undercuts the other on trade.

A spokesman added: “A formal review of the arrangements can take place after four years.

“If the UK or EU does not believe the system is working fairly, either side will have the ability to bring the agreement on trade to an end.

“The UK and EU would then trade on Australian-style terms.”

This means having no Brexit deal at all.

2. Just when you thought they were over… there’s a new body for trade talks

The deal is certainly ambitious. But it is also very likely to cause some disputes between the two sides somewhere down the line.

To that end it contains the bare bones for a forum to hold talks between the UK and EU – and its a name we think you’re going to hear a lot of.

According to the UK’s official summary, a “Partnership Council will supervise the operation of the Agreement at a political level”.

Essentially a group for ministers and senior officials to iron out any disagreements.

It will be supported by a network of other committees, including on trade.

So while Brexit might soon be over – talks between the UK and EU will not.

Fishing was one of the two main issues that held up a deal – and it’s important to note both sides compromised.

But Boris Johnson made some big concessions compared to his original demands.

There will be a five-and-a-half-year transition for the UK to control access to its own waters. This is up from three years in the UK’s trade demands.

And while the UK will take back 25 per cent of the quota of fish EU trawlers catch in our waters by 2026, this is less than the 80 per cent we originally demanded.

The EU did of course compromise too. It had wanted a transition of 10 years – some suggest it wanted even more.

But Barry Deas of the National Federation of Fishermen’s Organisations, said: “In the end it was clear that Boris Johnson wanted an overall trade deal and was willing to sacrifice fishing.”

He added: ”The broad feeling is that the UK has made significant concessions on fish.”

4. We could still end up slapping each other with tariffs

The ‘level playing field’ was the other big sticking point. This means a set of common rules and standards to ensure fair competition.

This prevents businesses in one country with one set of laws (the UK) gaining an advantage over those in other countries with other laws (the EU).

Under these rules, each side will be able to take action “as sovereign equals” if the other side undercuts their industry.

This means the EU will be able to slap tariffs on UK exports if the UK is seen to undercut EU rules – and vice versa.

Boris Johnson insisted this would have to be “proportionate”, infrequent and “subject to arbitration”.

No10 said any trade “distortion” in these cases would have to be proven to have lasted six months or more, and be considered by an independent arbitration panel.

5. Erasmus is coming to an end

The UK has quit the Erasmus student exchange programme after Brexit, complaining it is too “expensive”.

The scheme – which we’ve been part of since 1987 – allows UK university students to study abroad in one of 32 participating nations. Some can get a “large contribution” to their tuition fees back in the UK as well as a grant of up to €350 a month.

But Boris Johnson complained the programme, which the UK joined in 1987, was “extremely expensive”.

He announced the UK will launch a replacement programme named after Enigma codebreaker Alan Turing. The Prime Minister boasted the new ‘Turing Scheme’ will allow students to study at universities across the world, not just Europe.

But he gave no details of how it will work, including what it will cost or when it will start. A government source said the scheme would cost around £100m, open for bids in the new year and be open to schools, colleges and universities.

Universities UK slammed the “disappointing” decision and EU chief negotiator Michel Barnier said it was one of his only two regrets.

6. The EU will work with the UK on security – but only if the Tories behave on human rights

A big issue in negotiations – and one where both the EU and UK were keen to work together – was on security, and tackling cross border organised crime and terrorism.

And the deal is an ambitious one with clear rules on the sharing of fingerprints, DNA and other forensic data.

The EU said the deal “builds new operational capabilities, taking account of the fact that the UK, as a non-EU member outside of the Schengen area, will not have the same facilities as before”.

However, Brussels has set a major condition on this agreement – the Tories must observe their commitments to the European Convention on Human Rights.

The Commission said: “The security cooperation can be suspended in case of violations by the UK of its commitment for continued adherence to the European Convention of Human Rights and its domestic enforcement.”

It comes after the Conservatives confirmed that they were launching a review of the Human Rights Act which gives the ECHR force in UK law.

It is fair to say there are things the continent does better than the UK.

And while we’re willing to bet we’d win a chip butty contest with anyone, only the best of England’s wine can hope to hold its own against European rivals.

Many goods could end up more expensive despite the trade deal, because they’ll need new declarations or checks to enter or leave the EU’s single market and customs union.

But fear not, hearty quaffers – because a special provision in the deal has been written to protect the flow of vino on to our shores.

It means Spanish or French wine exporters need only “simplified certification, documentation, labelling and packaging requirements” in order to be imported into the UK.

This basically just means the price of wine might not rise as much as some other European luxury goods.

Both sides say the deal will preserve the rights of Brits abroad to get free healthcare in another European country, like they can under the European Health Insurance Card.

Until now, the UK had been advising its citizens to get healthcare because their needs might not be covered after January 1 when EHICs expire in the UK.

Indeed, as of Christmas Eve that was still the advice on the government’s website.

But a government summary said: “The Protocol will ensure necessary healthcare provisions – akin to those provided by the European Health Insurance Card (EHIC) scheme – continue.

“This means individuals who are temporarily staying in another country, for example a UK national who is in an EU Member State for a holiday, will have their necessary healthcare needs met for the period of their stay.”

9. The European Parliament won’t get a vote before the deal starts

The deal has to be ratified by 27 EU leaders and the UK and European Parliaments.

But it’s come so late, the European Parliament won’t get a vote before it takes force.

Instead it will enter force as a “matter of special urgency”, provisionally until 28 February 2021, to avoid EU rules ending abruptly at 11pm on New Year’s Eve.

10. Services aren’t entirely what we hoped

The trade agreement is primarily about the rules for goods crossing the border – it is less clear when it comes to the trade in services.

The deal contains a commitment to work to build closer arrangements, but it hasn’t secured the same level of access as pre-Brexit.

For many British companies, this will prove a major headache with the true extent of how difficult or not the deal will be for services set to play out in the coming years.

Boris Johnson has said the UK services sector, things like financial products and legal services, will be able to thrive under the terms of the trade deal agreed with the EU.

“There is some good language about the equivalence for financial services – perhaps not as much as we would have liked,” he said.

“But it is nevertheless going to enable our dynamic City of London to get on and prosper as never before.”

11. And finally… it’s still not as smooth as being in the EU

As if to make all that UK citizens are losing painfully clear, the EU has released a brutal graphic showing the impact Brexit will have on people in the UK.

It points out we will need a visa for visits of more than 90 days, and will no longer benefit from “frictionless trade”.

By comparison, a string of green ticks show the benefits of EU membership for those living in member states.

So while EU Commission Chief Ursula von der Leyen went to great pains to point out that the deal was “fair”, clearly the EU want it to be clear they believe the UK will be worse off after Brexit.

In her press conference, Ms von der Leyen proclaimed the now the UK and EU can “finally put Brexit behind us” and become “long-term friends” after five years of Brexit strife.

But she warned: “No deal in the world can change reality or gravity in international affairs. We are one of the giants.”

She added: “This whole debate has always been about sovereignty but we should cut through the sound bite and ask ourselves what sovereignty actually means in the 21st century.

“For me is is being able to work, study, and do businesses in any of 27 countries…to make ourselves heard in a world of great powers.” 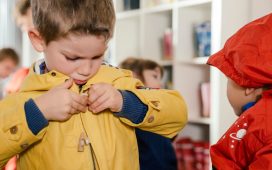 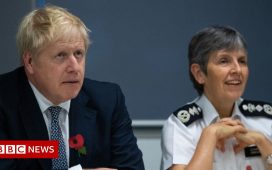 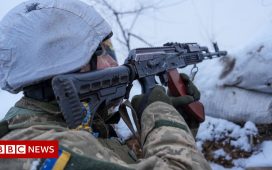