Protecting people’s lives should be the Government’s principal priority.

Based on the evidence presented by Dominic Cummings, it failed in this fundamental duty.

His testimony was that tens of thousands of lives were lost to Covid-19 because of the incompetence of those in charge.

He alleges that patients were released into care homes without being tested, that herd immunity was the official policy and that our national borders were left unprotected.

Cummings also lifted the lid on the dysfunctional and chaotic operation in Downing Street.

At a time when the country needed steady leadership and clear thinking, we were landed with a Prime Minister who was, in the words of his former aide, unfit for the task.

Boris Johnson stands accused of cynically exploiting the chaos for his own advantage, of repeatedly ignoring official advice and putting his personal interests ahead of the country’s.

His arrogance, failure to recognise the danger posed by Covid and refusal to plan properly for the pandemic are all reflected in the UK’s shamefully high death toll.

While the accusations against Matt Hancock are also damning, the responsibility for what happened lies ultimately with the PM.

Cummings’ evidence may have been one-sided and selective but it should not be ignored.

His criticisms of the Government’s handling of Covid demand an explanation.

The coward Johnson is trying to hide from accountability by delaying the public inquiry into Covid until next spring.

We need to learn lessons now, not at his convenience.

The families of Hillsborough victims have had a long, arduous fight for justice.

Yet few blows will have stung so much as the acquittal of two retired police officers and a former solicitor for falsifying evidence.

A judge’s ruling means that nobody in authority will be held accountable for the 96 men, women and children who were unlawfully killed in the 1989 stadium disaster.

The decision is not just insulting and insensitive. It shows the judicial system has once again failed the people it is supposed to serve. 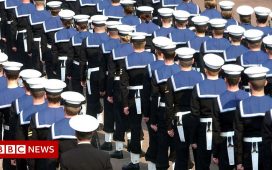