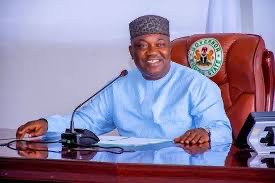 National President of Nkanu Youths Assembly, Mr Maduabuchukwu Edeani, told newsmen on Thursday that the dignitaries would be honoured during “Nkanu Cultural Fiesta 2020 in Enugu on Nov. 29.

Edeani said that the event would be used to create greater peace, understanding and oneness of Nkanu people and the entire Enugu State.

He said that Gov. Ugwuanyi, Chief Nnamani and Dr Dubem Onyia had been selected to be honoured in order to show the youth of the state the characters they should emulate to be great and engender love and peace in the state.

Edeani noted that the event would bring together the people, notwithstanding political party affiliations, under a roof adding that Nkanu’s rich cultural heritage, folklore, cuisines and cultural decoration would be displayed in an abundant way.

“Nkanu Cultural Fiesta is an event to bring our people together as well as other friends and brothers in Enugu State that had contributed immensely to the development of Enugu East senatorial zone, which is Nkanu land.

“A shining example of those who we want to honour is Gov Ugwuanyi, who had given a lot of youths from Nkanu land appointment in his administration as well as infrastructure development of our place.

“Ugwuanyi has continued to administer the state with fatherly love and accommodation, making him and his administration synonymous with peace.

“We want to remind Ugwuanyi of his promise to return power to Enugu East Senatorial zone, after the people of the zone had waited patiently for about 16 years to allow current zoning arrangement of the state,’’ he said.

Mr Franklin Egbo, the Organising Committee Chairman for the cultural fiesta, said that other side attractions of the event would be masquerade and native wrestling displays.

Egbo also noted that musical talents from Nkanu land would entertain the guest as well as native dance troupes and displays as well.