Patrick Vieira will not be punished by the Football Association after appearing to kick an Everton supporter during the ugly scenes that followed the Merseyside club’s win over Crystal Palace last week.

Merseyside Police had already said that no charges would be brought against the former Arsenal and France midfielder after officers had spoken to him and the man he appeared to strike at full-time of a 3-2 victory that secured the Toffees’ Premier League status.

Thousands of Everton fans invaded the pitch at full-time and a supporter, filming the incident on his phone, goaded Vieira as the Palace manager made his way across the pitch towards the away tunnel. Vieira then appeared to lash out, kicking the fan as he screamed in the World Cup winner’s face. TV cameras also picked up the incident.

Vieira had said that he would speak to the FA about the incident but having done so the decision has been taken not to punish the 46-year-old.

On Monday Merseyside Police said that they were not taking any action. “Officers have spoken to both men involved and the opportunity to make a formal complaint or support a prosecution was declined,” a police statement read.

Speaking about the incident last week, when it was unclear if the FA would bring a charge of bringing the game into disrepute, Vieira said that the behaviour of some Everton supporters was indicative of a wider issue in the sport.

“I think the Everton incident is bigger than just that incident. When you look at it in the Premier League, there were a lot of field invasions that can cause trouble. There are real issues here to reflect on and try to see what is the best way to manage it and to deal with it,” he said.

In the past week Aston Villa goalkeeper Robin Olsen appeared to be assaulted as Manchester City invaded the pitch following their 3-2 comeback win to seal the title on Sunday, while Nottingham Forest fan Robert Biggs, 30, was given a 24-week jail sentence for headbutting Sheffield United captain Billy Sharp after their Championship play-off semi-final. 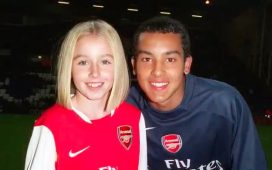 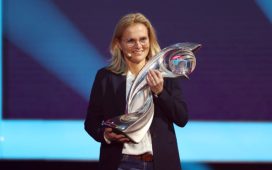 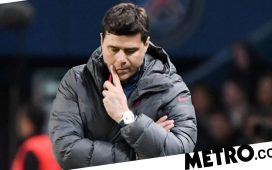