Welcome to Moving the Goalposts, the Guardian’s new (and free) women’s football newsletter. Here’s an extract from this week’s edition. To receive the full version once a week, just pop your email in below:

Last week was a rather eventful one for Crystal Dunn. The 29-year-old Portland Thorns midfielder welcomed a baby son, Marcel Jean Soubrier, into life with husband Pierre Soubrier and, just a couple of days before, the US women’s national team announced that they had reached an agreement for equal pay with the men’s team. “I joked with everyone saying I’m happy we got this done before I became a mom,” she says.

Dunn has been in the game for a long time – she has played more than 100 games for her country – but the lead-up to becoming a mother has definitely helped change her perception of her profession and what she wants to achieve. “What people don’t really know about me is that I was severely burnt out before being pregnant. I still loved the game, showed up, wanted to be the best player I can be, but I felt like my reasoning was starting to dwindle,” she tells Moving the Goalposts.

Having had a break from games and training, she now feels better. “I’ve been a very ‘durable’ player my whole career, which means I’m available for every training and every game,” she says. “But unfortunately, that means that I don’t have time off. Being pregnant has given me the time off that I don’t think I was getting in my career.”

When we spoke Dunn was also energised by the official announcement of the equal pay deal, which happened on the same day. “My due date is tomorrow but I am the furthest thing from feeling like I’m going into labour soon,” she said and laughed. Her son was born less than 48 hours later.

Dunn has also used her pregnancy to reflect on what kind of world she wants Marcel to live and grow up in. In the past few years she has established her role in making the game she loves even better, becoming an active voice in contract negotiations and the fight for equality and anti-racism. Now, she has added motivation to think of the next generations of black children.

“When I think of legacy I don’t think of trophies that I have”, she explains, adding: “I want to show people what black athletes can do, and what we can look like, and how graceful we can be. How we can’t just be placed in a box and be just athletic. Don’t just say that I’m athletic and that’s why I’m able to do things on the field. It is about me having the cognitive ability to break down plays, and problem-solve, to be technically and tactically able to solve these issues on the field. My success means that girls that look like me have a chance of seeing themselves in me.”

With a new member of the family she has even more to consider. “I don’t want to be this paranoid mom, but I also feel like I want to protect them,” she says. “I want to make sure that they feel welcome and comfortable in their environment. I always think of the area we live in, there’s not a lot of minorities in this area, how is this going to affect how he feels about himself? Is he going to be prepared to be the only black kid in his class or his team?”

Dunn says she has plans to be available again to her club and the national team in September and “to end this year as strong as I possibly can for a great start to 2023”. And her son will be there, following her every step. “I am hopeful that he wants to play. That would be amazing. And I would get to win against him for a little bit until he gets too old, and I’m like ‘OK, you win’.”

It may look like I’m bragging – and I am. I was fortunate enough to see this stunning goal by Amandine Henry live in Turin as Lyon won the Champions League final. Watch it first from this angle and pay attention to the way she wins the ball, gets up and decides to shoot. Then move on to this one and just watch the curve of the ball, leaving Barcelona’s Sandra Paños no chance to save it. 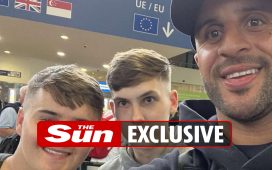 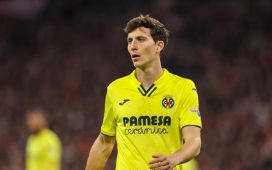 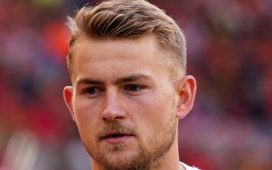 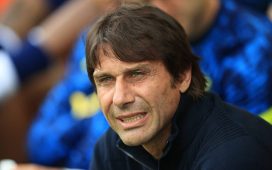 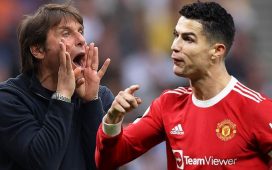 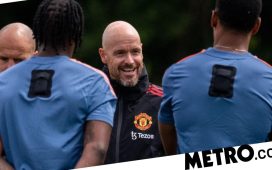