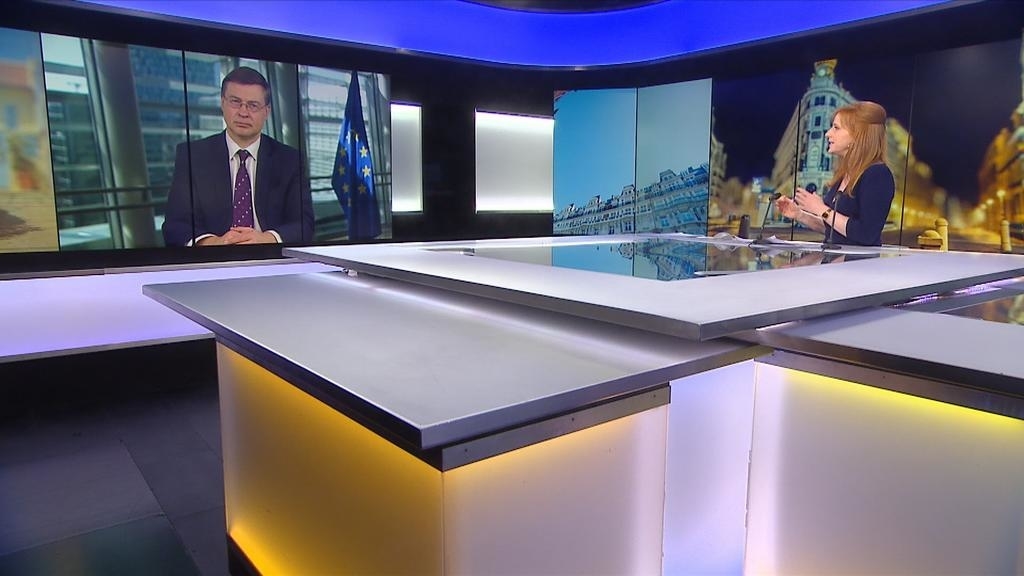 But he calls for calm, insisting the EU’s combined recovery measures will shore up pandemic-stricken economies and make them better-prepared for the future: “The €1.82 trillion package comes on top of immediate crisis measures already rolled out last year. The idea with our EU Recovery Plan is not only to get the economy going, but to facilitate the green and digital transformation of our economy and strengthen the resilience of the economy against potential future crises.”

As for a return to fiscal rules that were abandoned in 2020 to allow EU states to respond to the pandemic, Commissioner Dombrovskis says: “We will continue to maintain the flexibility within EU fiscal rules this year and next; so as not to prematurely withdraw fiscal support.”

The Commissioner – whose portfolio includes Trade – responds to accusations the EU is acting unfairly over vaccine exports, particularly towards the United Kingdom: “The EU continues to be one of the largest, if not the largest vaccine exporter in the world. Under our export transparency and authorisation mechanism the EU has exported more than 130 million vaccines worldwide. And many developing countries covered by the Covax facility are completely exempted from this mechanism. The EU has exported around 25 million vaccines to the UK. And close to zero has come back in the opposite direction, so if we talk about openness in terms of vaccine exportations…”

As overall trade in goods between the EU and the UK is shown to have fallen dramatically since the new post-Brexit agreement came into effect, Commissioner Dombrovskis says there could be some room for manoeuvre on non-tariff barriers to trade: “The fact that there are now customs controls is a direct consequence of leaving the Single Market and Customs Union. We can discuss how we can streamline procedures but the very fact of leaving the Single Market and Customs Union means that those controls are now in place.”

And with a new team in the White House under Joe Biden, the Commissioner indicates that he’s hopeful the Donald Trump-era trade war could be brought to a close: “We hope that we’ll be able to turn a page with the new Biden administration and the first signals are very positive. We have already agreed on mutual suspension of tariffs in the context of the Airbus-Boeing dispute, for four months. We hope that we are able to resolve our bilateral trade disputes and that we can co-operate much closer on multilateral trade issues, including reform of the World Trade Organization.” 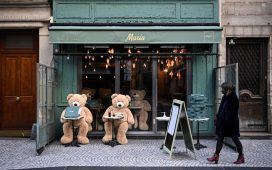 Cinemas, shops and café: What to expect when France reopens on May 19 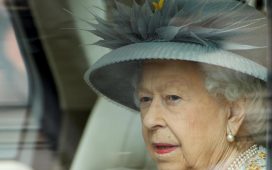 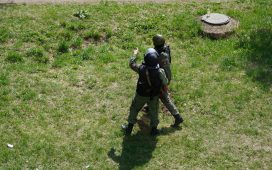 ‘More than a job’: the meal delivery co-ops making the gig economy fairer