The world’s most important oil-importing region, Asia, is showing signs of weaker physical demand with lower cargo arrivals in May and crashing refining margins as a COVID resurgence depresses fuel demand in India and other south Asian markets.

Crude oil futures prices rallied to a two-year high this week after OPEC+ reaffirmed plans to unwind another 840,000 barrels per day (bpd) of its total cuts in July.

However, most analysts, forecasters, OPEC, and the International Energy Agency (IEA) continue to expect strong global oil demand in the second half of this year that would offset weakness in some Asian markets this quarter.

The COVID crisis in India, which peaked in early May, and the return of restrictions in several south Asian countries such as Malaysia, which is now in a third lockdown, have been depressing fuel demand in many parts of Asia in recent weeks, bloating the fuel inventory glut further and crashing refining margins. In addition, some refineries, including in the world’s top importer China, have entered planned seasonal maintenance this spring and have reduced their crude intake in the second quarter.

As a result of all those factors, imports into the Asian region are estimated to have dropped in May to the lowest monthly level so far this year. Asia imported 23.07 million bpd of crude oil last month, down from more than 24 million bpd in each of April and March, and from 25.2 million bpd in February, according to data from Refinitiv Oil Research cited by Reuters’ Russell.

Related: Russia Claims Its Compliance With OPEC+ Cuts Was Almost 100% In May

Analysts expect June imports to remain weak in the world’s third-largest oil importer, but consumption is forecast to return to its previous track in July, according to estimates from the U.S. Energy Information Administration.

While India and other south Asian markets are currently wild cards in outlooks about consumption, the demand recovery is clearly evident in the United States and Europe.

According to GasBuddy data, U.S gasoline demand on the Sunday during Memorial Day weekend jumped by 6.8 percent from the prior Sunday and surged 9.6 percent above the average of the last four Sundays. This was the highest Sunday demand since the summer of 2019, said Patrick De Haan, head of petroleum analysis for GasBuddy.

Participants in the crude oil futures market are encouraged by the pace of recovery in the major developed economies where vaccination programs are advancing. They are also emboldened by the most recent estimates from OPEC and the IEA that oil demand globally is expected to return to pre-COVID levels within a year.

“Demand in one year or so may well come back to the levels of before the crisis,” the IEA’s Executive Director Fatih Birol told Bloomberg this week, noting the strong demand in the United States, Europe, and China. This most recent proclamation regarding oil demand is in stark contrast to the forecast three months ago, when the IEA said in its annual Oil 2021 report with projections through 2026 that global oil demand would take until 2023 to return to the pre-pandemic levels of 100 million bpd.

OPEC+ affirmed this week previous estimates that oil demand is set to grow by 6 million bpd to average 96.5 million bpd this year.

“In fact, we anticipate that demand will surpass 99 mb/d in the fourth quarter, which would put us back in the range of pre-pandemic levels,” OPEC Secretary General Mohammad Barkindo said.

The OPEC+ ministerial meeting “noted the ongoing strengthening of market fundamentals, with oil demand showing clear signs of improvement and OECD stocks falling as the economic recovery continued in most parts of the world as vaccination programmes accelerated,” OPEC said after the pact participants decided to proceed with plans to ease the cuts in July.

Demand in south Asia will continue to be a concern—and a closely watched metric—going forward, but right now, analysts and forecasters don’t see it as a severe obstacle to global oil demand jumping by the end of this year.

By Tsvetana Paraskova for Oilprice.com

Read this article on OilPrice.com 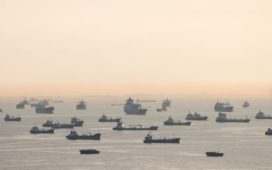 Asia-US shipping chaos has window to ease in second half 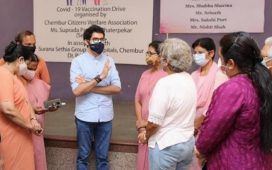 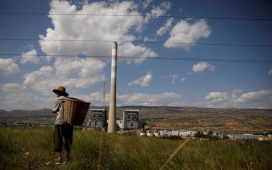 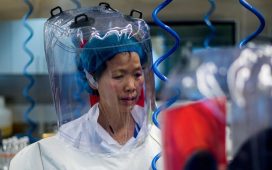 China's 'Bat Woman,' at the Center of a Pandemic Storm, Speaks Out 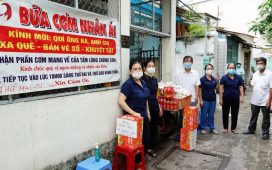