Juventus have been told to let go of Cristiano Ronaldo whenever they can, because the five-time Ballon d’Or winner is too much of an “individualist”.

Ronaldo has been at Juventus since 2018 having joined from Real Madrid in a deal worth £108million.

The Portuguese icon signed for the reigning Italian champions with the aim of helping them get over the line in Europe, with their last European trophy coming in 1996.

However, Juve have been unable to progress past the quarter finals since Ronaldo joined.

In his first season in Turin they were knocked out by Ajax in the quarter-finals, but have failed to get past the round of 16 in the last two years.

And former Juventus star Massimo Mauro believes the time has come for the Old Lady to get rid of Ronaldo.

Speaking to Gazzetta dello Sport, Mauro tore into Ronaldo and claimed he’ll never be a leader.

He explained that the former Manchester United and Real Madrid star views personal achievements and goals as being more important than the team’s successes.

“Ronaldo has never been a leader where he has played and he never will be.

“He is like a company and his turnover is more important to him than the success of the team.

“Cristiano doesn’t drag his team-mates along with him, he always wants them to give him the ball to score goals.

“He is a great individualist, he is not a team player.

“From the point of view of results, Juventus with him did not do better than in the past, they even did worse in the Champions League.

“That is why the best thing for both of them is that their paths separate.” 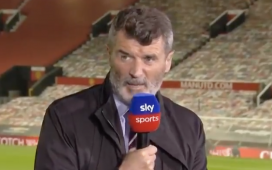