Cristiano Ronaldo marked his dream return to Manchester United with two goals in a 4-1 win over Newcastle United on an electric afternoon at Old Trafford.

12 years on from leaving the club for Real Madrid, the Portuguese walked out onto the Old Trafford pitch once again roared on by a delirious home crowd.

Wearing his old no7 shirt, the 36-year-old delivered on the big stage, breaking the deadlock just before half-time.

Following a Newcastle equaliser, Ronaldo lifted his side once again with a well-taken second just before the hour mark with Bruno Fernandes and Jesse Lingard sealing the win late on with two excellent finishes.

The man of the moment was brought straight into the starting XI, supported by Jadon Sancho, Mason Greenwood and compatriot Fernandes against the Magpies.

Ronaldo’s first attempt on goal didn’t go exactly according to the script – connecting with fresh air after attempting a spectacular half volley from a near-impossible angle.

The Ronaldo stepovers – more of a rarity as the years have gone by – were soon on show as the Portuguese worked the space for a shot inside the box. But United’s big moments were few are far between in the opening period with the visitors remaining compact from the opening moments.

A yellow card for Magpies goalkeeper Freddie Woodman for time wasting after 27 minutes typified that approach but Allan Saint-Maximin and Miguel Almiron provided moments of danger on the break to keep Harry Maguire and Raphael Varane honest at the back.

As a frustrating first half drew to a close, United found the breakthrough. Mason Greenwood, having scored three in United’s opening three games, worked the space for a shot from range. The slightest deflection wrong-footed Woodman who spilt into the path of United’s returning hero who tucked away the rebound.

Newcastle wiped out the party atmosphere however, punishing some poor defending from the hosts. With Luke Shaw out of position and Varane and Maguire too slow to respond, Javier Manquillo popped up on the right to cap a fine counter-attack with a drilled finish.

Six minutes later, Ronaldo had his second. Fed through by Shaw after a driving run forward from the left-back, he lashed home at the Stretford End, reigniting the ‘Viva Ronaldo’ chants which would boom around the stadium for the rest of the afternoon.

Not to be forgotten, however, Fernandes stepped up to score his fourth of the season, lashing home a stunning strike from 25 yards out.

Also eager to provide a reminder of what he can bring was Lingard, who came off the bench to cap a slick move from the hosts deep into injury time.

See also  Chelsea 2 Burnley 2: Blues held as Maurizio Sarri is SENT OFF amid ugly scenes
Share on FacebookShare on TwitterShare on PinterestShare on Reddit
newscabalSeptember 11, 2021 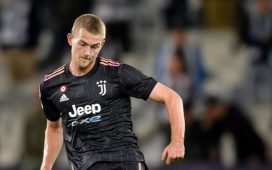 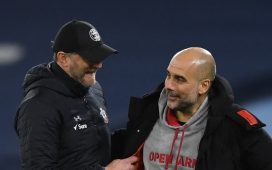 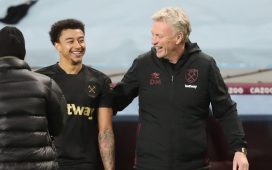 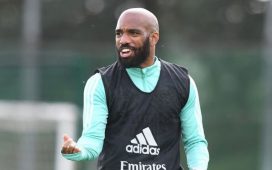