Cristiano Ronaldo and Lionel Messi can fight for GOAT title all day, but they’re both standing on cocky Pele’s shoulders


ON July 7, 1957 Pele made his Brazil debut, coming off the bench in a game against Argentina.

He left his mark, scoring a goal and being singled out for special praise by Nestor Rossi, the Argentina captain.

But it was not enough to win the game.

A few months earlier Argentina had come out on top in the Copa America, and they won this game as well.

At this point Brazil were still third in the South American pecking order, behind Argentina and Uruguay.

By the time Pele left the scene, things were completely different.

Brazil won three of the next four World Cups, and did so with a seductive style that meant that they were crowned undisputed kings of the global game.

Pele’s exploits also did much to establish the World Cup as a massive TV occasion.

The day before Pele’s debut, something equally dramatic took place on the other side of the Atlantic.

On July 6, John Lennon met Paul McCartney for the first time. They clicked, and the rest is musical and cultural history.

Lennon would have turned 80 at the start of the month. Pele reached the landmark on Friday.

In June 2004, when he was launching a film, Pele gave an interview to the Jornal do Brasil when he was placed in the context of 1960s idols The Beatles, The Rolling Stones, Che Guevara and Martin Luther King.

Pele added Muhammad Ali to the list, and claimed: “I have no doubt that Pele was superior and more popular than all of them.”

The thinking behind this, he explained: “Che Guevara and Luther King had political connections, the Beatles and the Stones, unfortunately, got involved with drugs…

“The image that I transmitted was good for everyone, I left a very good message… it’s a bigger thing, sport.”

The idea of Pele as a symbol of humility is largely the consequence of lazy journalism, of those seduced by his ready smile or anxious to play up a good guy-bad guy contrast with Diego Maradona.

But it was his complete absence of humility that caught the eye of Nelson Rodrigues, a playwright who was also Brazil’s most influential football writer.

A few months before the 1958 World Cup, when Pele was still a little-known 17-year-old, Rodrigues wrote: “Pele has an advantage over all the other players – he feels like a king from his head to his feet.

“He has a natural sensation of superiority. He has already been asked – who is the best attacking midfielder in the world?

“He answered, with the emphasis of eternal truths – ‘Me.’

“And who is the best winger in the world? Pele said ‘me.’

“I would like to believe that his biggest virtue is his absolute lack of modesty.

“He places himself above everything and everybody. He ends up even intimidating the ball, which comes to his feet like a docile puppy.

“He is not going to feel inferior against anyone – and it is that virile and even insolent attitude that we need.”

None of this diminishes Pele at all. He was – and remains – totally entitled to his self-confidence and pride in his own achievements.

John Lennon sung about being a working class hero – but Pele has a better claim to the title.

A one time shoeshine boy, his family were thrown deeper into poverty when his father’s football dreams ended with serious injury.

His mother, a strong character, was dead set against the idea of her son making his living from the game.

Pele had to overcome her reservations – but never forgot that he was in a risky business.

He had to keep himself fit, and he had to try and make sure he was paid what he was worth.

He was spurred on by his mother’s fears and by his father’s pride – and the outcome was a player who appeared to be close to perfect in both technical and psychological terms.

Right foot, left foot, in the air – he had it all, and he came up big on the major occasions.

While The Beatles were revolutionising music, Pele was writing the rules for a world-class footballer, coming up with new moves and setting the bar for future generations.

If Cristiano Ronaldo is fit to play for Juventus on Wednesday then he and Lionel Messi will fight another round in their duel to be considered the greatest player of the contemporary game.

But both of them are standing on the shoulders of a giant called Pele. 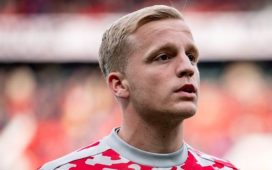 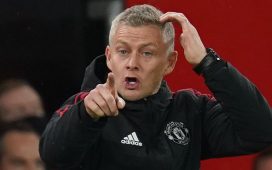