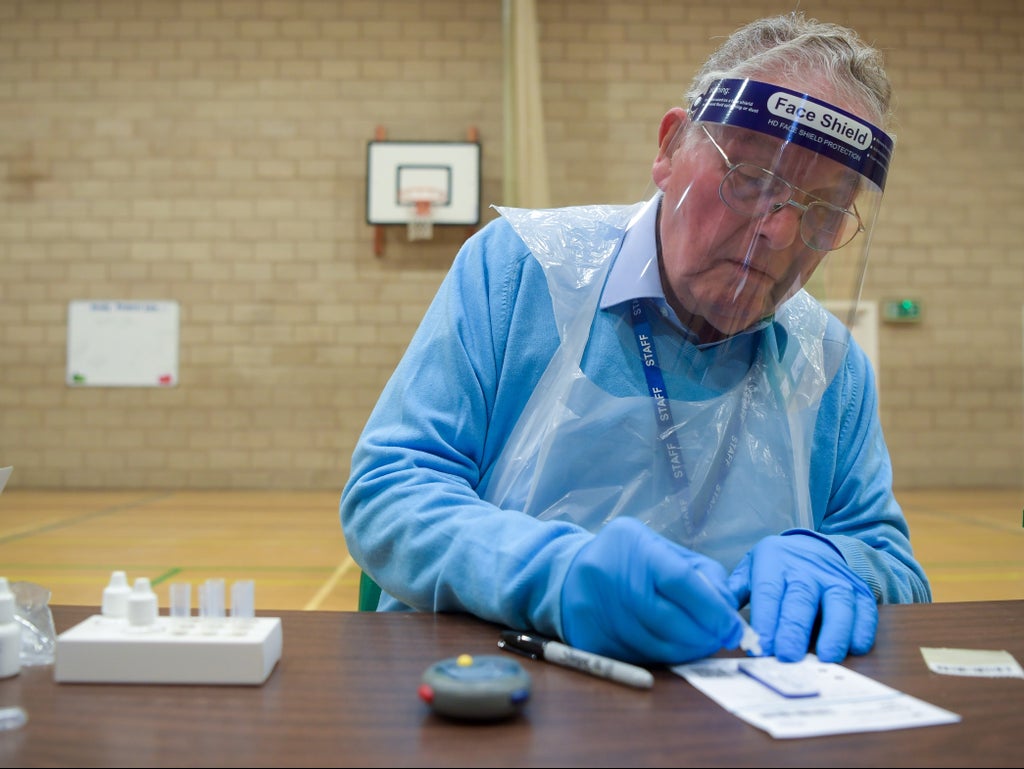 Modelling from the UK Health Security Agency shows that one in three people – 31 per cent – are still infectious five days after first testing positive for Covid. In contrast, just one in six – 16 per cent – are able to pass on the virus to others by the seventh day of self-isolation.

Scientists said the findings show that ministers would be “shooting themselves in the foot” if they decide to cut the self-isolation period from seven to five days, with the proposed change in policy currently under consideration by the government.

The US cut its isolation period to five days from 10 days last month, and in reference to this on Monday, the prime minister, Boris Johnson, said: “There’s a similar argument to be had about the quarantine period – whether to come down from seven days to five days. The thing to do is to look at the science. We are looking at that and we will act according to the science.”

The UK government has previously denied it was looking at such an approach – but the number of staff now self-isolating with Covid is putting significant pressure on services and appears to have forced a change in tone among ministers.

Speaking on Tuesday, the PM’s official spokesman said the government was “gathering the latest evidence” on whether the isolation period could be cut to five days.

“We want to keep this under review, make sure we have the right approach, you know we moved from 10 to seven,” he said. “But what we’re absolutely not doing is prejudging anything. The prime minister hasn’t received formal advice either way yet. So, we’ll await that and then make a decision.”

The modelling from UKHSA, which was first published late last month, has already been presented to the government, it is understood.

Professor Irene Petersen, an epidemiologist at University College London, warned that ministers might “shoot themselves in the foot if they go for five days”.

She added: “If you release people after five days you gain a certain percentage of the workforce, but if a third is still infectious you may end up loosing a greater number of people as a result.

“However, they may just be so desperate to bring people back as soon as possible right now that they don’t care whether it might result in a larger proportion being ill in a few weeks.”

Dr Stephen Griffin, a virologist at Leeds University, said cutting the self-isolation period to five days was a “decision that has been driven largely by policy rather than by public health”.

The UKHSA modelling also showed that only 5 per cent of people with Covid are still infectious after 10 full days of self-isolation.

Reducing the 10-day isolation period to seven days, followed by two consecutive negative LFD test results from day six, is equally effective in minimising the spread of Covid: under this approach, just 6 per cent of individuals are infectious by the seventh day.

The study also concluded that most transmission occurs during the early stages of an infection.