Hospitals across the Indonesian island of Java are running out of oxygen, medicines, beds and even staff as a sharp rise in Covid cases pushes the country’s health system to the brink.

Indonesia, which is facing one of the worst outbreaks in Asia, announced 31,189 new cases and 728 fatalities on Tuesday, both record highs. The government said it was sourcing supplies of oxygen from Singapore to ease shortages.

“At worst, it [could reach] 60,000 to 70,000 cases per day, but I hope that doesn’t happen because our friends from police, military have done quite a good insulation,” he said.

Hospitals across Java are already at a crisis point. Several have been forced to temporarily close their emergency rooms either because their oxygen stock is depleted, or because many of their staff have become ill, according to Indonesian media reports.

“It’s like a market outside the hospital … Even if you add 100 more beds it will not be enough. Patients are still going to flock to our hospital,” Syaiful Anwar, the head of Covid-19 task force at Dr Slamet Martodirdjo regional hospital in Pamekasan, East Java, said on Tuesday.

The hospital is the largest in Pamekasan and is currently treating more than 100 Covid patients. The front yard has been converted into an emergency room, while the inside of the building is being used to isolate patients.

Although the hospital is fortunate that it can produce its own supply of liquid oxygen on site, additional oxygen tanks are still needed to support patients staying in tents.

The hospital is also facing staffing shortages after 10 of its doctors tested positive for Covid-19 this week. Emergency rooms that are usually taken care of by three doctors are now staffed by just one. On top of this, its supplies of remdesivir, the antiviral medicine, have run out.

“We usually use these injections for patients who are in critical condition,” said Syaiful, adding that they had been without the drug for 10 days.

Most people that have come to the hospital over the past two weeks arrived with very low oxygen saturation. “In these past two weeks 50 people died of Covid in this hospital. Most of them died before they had spent 24 hours being treated here,” he said.

Syaiful believed the actual death toll in the area was higher. Many patients were forced to return home after seeing how full the hospital was, or after unsuccessfully waiting in the tents.

“This is a critical condition; we can’t rely only on hospitals … We have to make additional field hospitals with enough doctors and medicines for all patients,” he said.

Reports over the weekend suggested dozens of patients died after oxygen supplies ran out at Dr Sardjito general hospital, the largest hospital in Yogyakarta province. However, a statement by the hospital later said the patients had died due to their worsening condition, and that they were not denied oxygen.

The most sought-after items were N95 masks to protect staff, Banon said.

“We need to prioritise when it comes to using the protective health gears so we can sustain it longer,” she said, “we have to use what we have right now to serve the patients.”

According to the Indonesian Medical Association’s risk mitigation team , at least 405 doctors have died from Covid since the start of the pandemic.

The mental and emotional toll of the crisis on health workers is immeasurable. “It’s never easy to see so many people die in a day and prepare them for their burial. They are not strangers. They are our patients. It always breaks our hearts,” Banon said.

Lapor Covid, a volunteer group that aims to improve data collection during the pandemic, reported that since June at least 311 people have died in self-isolation while waiting for hospital beds. This is based only on cases they have tracked; the real number may be higher.

Senior minister Luhut Pandjaitan said the government planned to increase oxygen supplies and had identified accommodation that could be converted into isolation facilities if needed.

On Monday, the health ministry spokeswoman Siti Nadia Tarmizi told the Guardian that additional measures “would improve the [oxygen] condition over this week”.

She urged hospitals not to turn away patients, telling them to use whatever space is available. “Patients whose saturation is less than 95% and who have trouble breathing must go to hospitals to get medical help,” she said. “This is an emergency situation so if there no bed, they can use chairs, but they must be accepted at the health facility, because who will take care and observe them if they stay at home?”

“This is not an easy situation. We are not fine,” she added. Officials had hoped to control the outbreak through health protocols, she said.

See also  George Floyd: 'Unacceptable' attacks on reporters at protests
Share on FacebookShare on TwitterShare on PinterestShare on Reddit
newscabalJuly 8, 2021 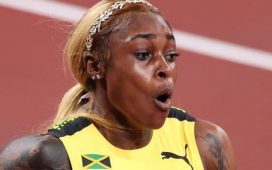 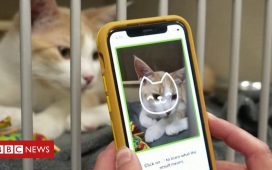