In the midst of Covid-19 it is easy to forget that the country is facing not just one, but two, very badly managed public health emergencies. The substantial and largely avoidable death toll in the current epidemic is undoubtedly due to a series of ill-informed and inept decisions about how the country should respond to its greatest public health crisis in more than a century. But the virus’s task was undoubtedly made easier by a serious deterioration in the health of the population over the past decade.

Since the beginning of the 20th century life expectancy in England has improved consistently. Until the last decade that is. As a result of government policies over the last 10 years improvement in life expectancy has stalled, and for women in the most deprived areas it has actually fallen. The widening gap between life expectancy in the best-off and worst-off areas is now almost 10 years for men and seven and a half years in women. Similarly, the infant mortality rate for England and Wales reached its lowest point in 2014 and has been consistently higher ever since. Across a whole range of other public health indicators, such as drug-related deaths, sexually transmitted diseases and childhood immunisations, the position has been deteriorating.

The job of the country’s public health system is to produce a societal response to both the determinants and the problems and illnesses they cause. Low wages, insecure employment, poor housing and food poverty are only a few of the social factors involved. They translate into illness, disability and early death via serious public health issues such as obesity, substance abuse, smoking and alcohol abuse.

Given the evidence of increasing inequalities and some reductions in life expectancy, it is all the more alarming that last month the government announced the almost immediate abolition of Public Health England and its replacement with a National Institute for Health Protection. This is undoubtedly driven by blame-shifting following the government’s extraordinarily inept response to the Covid pandemic. The new organisation is based on a concept of protecting health that is centred on infectious diseases.

This is not the first time that the government has deliberately downgraded the drive to improve the health of the population. Within a year of the 2010 general election the Department of Health established a series of “responsibility deals” involving the private sector. This effectively handed power over public health action to industry interests, particularly in the areas of food and alcohol. The so-called deals were quietly forgotten about as it became clear that this set of voluntary arrangements were achieving little. In the meantime, large parts of the previous public health infrastructure in England were abolished or hoovered up into the DoH’s new executive agency, PHE.

With its imminent demise a decade on, there is great concern that what little is left of public health will now be further weakened and marginalised. This fate would be very much in keeping with this government’s philosophy that sees individual behaviour as being the source of health problems and believes that the role of the state should be limited to providing information to the public and then leaving them to make their own choices. This completely ignores the fact that major public health problems such as alcohol and substance misuse, sexual health, obesity, and smoking are societal issues where political and policy decision-making dictates, to a very large extent, the degree to which the health of the whole population is damaged or improved.

There is no doubt that it is the government’s behaviour that needs to change, otherwise all we will experience is serial bouts of victim-blaming where individuals are held responsible for their own ill-health.

Given the approach taken so far by the government, the fear must be that what little action is taken on key public health problems in England will be left to local authorities. When PHE was created many public health functions were centralised but some, largely to do with promoting health, were transferred to local authorities from the NHS. Since that transfer in 2013, services have not fared well because the funding allocated by central government for spending on public health has either been cut substantially or “repurposed” at the local level to prop up other local authority services that have been the victims of swingeing cuts. Public health staffing has been reduced and the role of director of public health, in many authorities, has been reduced in status and authority.

Unless there is a concerted effort to build the public health capacity within England it appears almost inevitable that the overall health of the population will suffer substantially. When this is added to the toll of deaths and long-term illness caused by Covid-19, plus the profound economic consequences of the pandemic, the future looks to be more dismal than could have been imagined since early Victorian times. 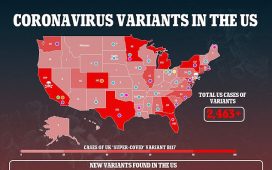 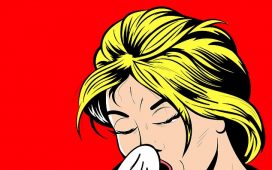 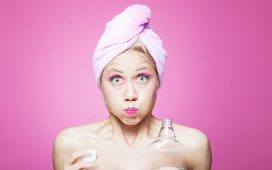 Which mouthwash is worth your money? MANDY FRANCIS asks dentist Uchenna Okoye to assess a selection 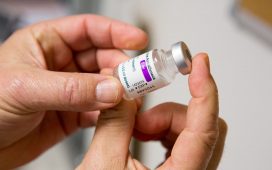 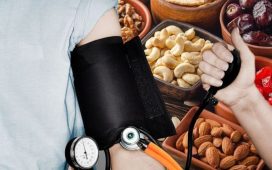