oris Johnson on Wednesday declared that the August 16 scrapping of self-isolation for the double-jabbed who are pinged by the NHS contact tracing app is “nailed on”.

However, the Prime Minister still appealed for a “lot of caution” amid rising hopes that Britain appears to be heading towards the pandemic being largely over within a few months. His comments came hours after official figures showed the number of coronavirus patients in London’s hospitals has risen above 1,000.

With more than 600,000 people “pinged” by the NHS app in just a week, business chiefs have been urging the Government to bring forward the August 16 date to end the “pingdemic”, with the double-vaccinated contacted by the app instead having to do tests, possibly only if they show symptoms.

Ministers have so far exempted thousands of key workers in the food industry and other critical sectors such as the emergency services and Border Force from the self-isolation rules, bringing in testing instead, to stop major disruption.

They also stressed the August 16 date could be pushed backwards if the Covid crisis worsened.

However, in a wide-ranging interview with LBC Radio’s Nick Ferrari, Mr Johnson stressed: “August the 16th is nailed on. There’s never been any question of a review date for August the 16th. We will go ahead with the move.”

After the International Monetary Fund said it expects UK economic output to grow by seven per cent this year, the Prime Minister said: “It’s clear that..if we’re sensible and we continue to take a cautious approach that we can see a very, very strong recovery.”

But he added: “The most important thing is for people to recognise that the current situation still calls for a lot of caution and for people just to remember that the virus is still out there, that a lot of people have got it, it still presents a significant risk.”

The Prime Minister declined to repeat Cabinet minister Michael Gove’s view that not having the vaccine is “selfish”, instead saying: “No, I think that I would put it the other way round and say that if you get one you are doing something massively positive for yourself, for your family.”

Senior ministers were meeting on Wednesday to discuss allowing double-jabbed people from the US and EU to come to Britain without having to quarantine, as a further 3,227 coronavirus infections were announced for London on Tuesday , slightly up from 3,056 the previous day, but less than half the 7,086 on July 20.

Mike Tildesley, professor of infectious disease modelling at the University of Warwick, said one reason could be because people are less willing to get a test ahead of summer holidays.

After his comments, one senior minister said the virus’s grip on the UK is “all over bar the shouting”.

But Professor Tildesley insisted Covid-19 “isn’t necessarily all over bar the shouting quite yet”.

The member of scientific modelling group Spi-M told Times Radio: “I think people are aware that Covid isn’t quite over. I really hope that this is the turnaround of the third wave and as we get towards the autumn we really are very much getting back to normal.

“But people are doing pretty well at using their own judgment and exercising caution when necessary.” Mr Johnson also insisted the public understands the nee d for public sector pay restraint and backed Home Secretary Priti Patel in the dispute with the Police Federation. He said “no one would want to pay our fantastic police more than I would”. 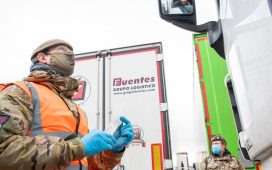 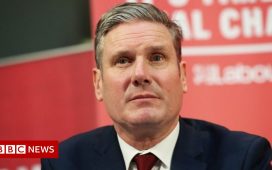