New Caledonia is set to hold a referendum on independence from France this weekend, the third and final poll meant to conclude a decolonisation process initiated 30 years ago.

For anyone who witnessed the first two referenda, the contrast with the vote set for 12 December is striking: instead of the countless Kanaky flags or the red, white and blue of the French tricolour that adorned houses, balconies, roadsides, pickups or even people in the run-up to the 2018 and 2020 votes, this year there is little to see. On the Place des Cocotiers, in the centre of Nouméa, the capital, the quiet is disturbed only by the incessant patrolling of police trucks, part of the increased security around the vote.

The FLNKS, a coalition of pro-independence parties, has called for the vote to be delayed and for Kanaks not to participate, arguing that pandemic lockdown measures and traditional mourning rites prevent it from campaigning properly. The archipelago’s Indigenous population – who make up 40% of the total and are more likely to vote for independence – have been disproportionately affected by Covid-19. More than 60% of the territory’s 276 Covid deaths have been among Kanak and other Pasifika communities.

“The health situation has not stabilised and the risk of a second wave is still very present and tangible,” FLNKS said in a statement last month. “Today, the majority of people who have died from Covid are Pacific Islanders, most of them Kanaks.”

Adolphe Wamytan, who lives in Saint-Louis, a predominantly Kanak village close to Nouméa, says: “With us, among the Kanak people, mourning is not only sorrow – it is an important part of the custom.”

He has lost an aunt to the pandemic. Kanak mourning rites take a year. All the clans and their leaders meet, each with an important role to play. “The referendum? We have others things on our minds,” Wamytan says.

Efforts made over the past 20 years as part of the decolonisation process to rebalance the economy and politics in favour of the Indigenous population have largely failed. Fifty thousand out of New Caledonia’s 280,000-strong population live below the poverty line and Kanaks make up over 70% of the poor. And while two of the territory’s three provinces are controlled by pro-independence parties, the third and wealthiest, home to Nouméa, is ruled by pro-France parties.

“We know they [Kanak politicians] are in a difficult situation and France is a very big power to challenge but the situation here is still not satisfying,” Wamytan says. “The Indigenous people have no horizons, big difficulties in getting jobs, getting involved in the life of Caledonian society.”

In N’dé, in the township of Païta, the Kanak youth also feel abandoned; there is a deep divide between young people and their political leaders. Marc Gaïa, 28, works in a nickel mine, an industry critical to the territory’s economy – New Caledonia is the world’s third-largest nickel producer. “But I deeply regret that the elders have chosen to encourage us to work primarily in the mine and not in the agricultural sector or in an activity that does not destroy our land,” he says. “All we produce here is nickel! … Our living conditions are very difficult because here everything is so expensive that we have difficulty in obtaining essential goods.”

The referendum was promised to the people of New Caledonia as part of the peace process, following the “Events”, a quasi-civil war that left scores of dead in New Caledonia in the 1980s.

The agreement, called the Nouméa accord and signed in 1998, allowed long-term residents to vote on New Caledonia’s future political status and the transfer of sovereign powers over defence, foreign policy, currency, police and courts.

Despite the text’s attempt to hand more power to Indigenous people, the FLNKS’s calls for Kanaks not to participate in December’s vote has met with little sympathy in France.

The minister of overseas territories, Sébastien Lecornu, told Europe 1 radio last month: “Non-participation is a right in democracy.” But he later added on Twitter: “It’s our responsibility under this [presidential] five-year term to see the completion of this agreement, signed in 1998, and to plan for the future.”

The stakes for France are high. Support for independence grew in the last two referenda – from 43% in 2018 to 47% in 2020 – and as more pro-independence voters enrol, the prospect of a breakaway has become a very real possibility.

But France’s overseas territories give it the world’s second-largest maritime zone, and New Caledonia is also geostrategically important. Its loss would further diminish France’s status in the Indo-Pacific just after Australia’s withdrawal from its submarine deal with Paris and the announcement of the Aukus alliance.

By keeping the 12 December date, French president Emmanuel Macron, who faces an election next year, also ensures that the vote, now likely to be in favour of the status quo, will take place within his term – his main opponent is shaping up to be the far right, which is largely against New Caledonian independence.

The French government has been backed by local parties opposed to independence. “If we remain French, it is because all ethnic groups combined – Caldoches, Kanak, Vietnamese, Javanese etc – will have voted ‘no’ three times,” Nicolas Metzdorff, leader of the Générations NC party, said.

‘There will be a reaction’

There are fears that unhappiness over the vote could spill over into violence – as it has done in the past. Frustrations over a 1987 independence referendum organised by France and boycotted by FLNKS culminated in members of the alliance taking 27 unarmed gendarmes hostage, as well as a public prosecutor and several members of the French military, in a bid to force talks on independence. A military assault on the cave where they were being held ended the episode but resulted in the deaths of 19 of the kidnappers and two of the rescuers.

This year France has sent 2,000 gendarmes to reinforce security, an unknown number of soldiers, several armoured vehicles and even additional personnel to staff the courts, so that those potentially arrested and charged can be more efficiently dealt with.

While calling for calm, Daniel Goa, president of the Union Calédonienne, the largest member of FLNKS, said in a statement that he could not control the anger of “an uncontrollable youth”. In Saint-Louis, Wamytan agrees: “Faced with a result that we know in advance, there will be a reaction. It may be intense and brief, but there will be a reaction.”

FLNKS leaders have also said they will write to the UN commission overseeing the ballot to contest its validity.

Faizen Wea, a young man from the Gossanah tribe, members of which carried out the 1987 kidnapping, says he feels “betrayed by my own politicians”.

“The times are very troubled, the pro-independence politicians have forced all the people to get vaccine for example. Why? Everything is confused. But one thing remains: we are not giving up on the idea of ​​being free and independent. We do not want to stay in France because we cannot bear the idea that the Kanak people are drowning in French people. We have the right to our freedom and our country, like the other Pacific islands. Our time will come.” 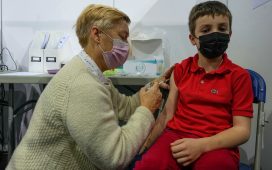 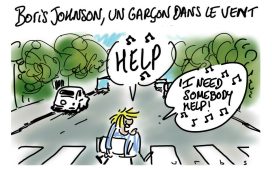 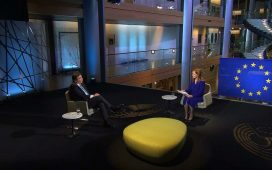