NEWSCABAL
Home » Covid live news: half of all adults in England under 30 now jabbed
world

Covid live news: half of all adults in England under 30 now jabbed


SEHA, which operates the emirate’s health infrastructure, had said that visitors with visas issued by Abu Dhabi and passport holders eligible for tourist visas upon entry can book free vaccines, and its app had shown a ‘visitor’ function.

Vaccinations had previously been restricted to UAE citizens and residency visa holders.

Abu Dhabi Media Office, which had not responded to a Reuters’ request for comment on tourists’ eligibility, issued a statement on Thursday saying vaccines are available to those with an expired residency visa or expired entry visa, ‘which does not include holders of valid tourist or visit visas’.

It has not responded to requests to clarify the issue.

Job losses and travel restrictions during the pandemic mean some people’s residency visas have expired or have been cancelled when they were made redundant.

The UAE, which has run one of the world’s fastest vaccination campaigns, comprises seven emirates which have set some of their own Covid-19 and vaccine policies.

There is no indication that Dubai, the most populous emirate and a business and tourism hub, has opened vaccines up to visitors.

UAE health authorities said this month nearly 85% of the eligible population had received at least one vaccine dose, but did not say how many had had two doses.

Coronavirus infections have risen in the past month in the UAE, which does not give a breakdown for each emirate. On Saturday, it recorded 2,282 new infections to take its total to 624,814 cases and 1,792 deaths.

Abu Dhabi still has restrictions on entry, including home quarantine and PCR testing at intervals after arrival. People driving from other emirates are tested to show they are not infected. 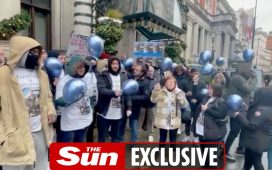 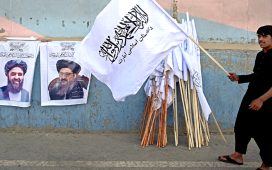