‘Covid is still around’: why Leicester shoppers are still wearing masks


The people of Leicester know better than most of the consequences of high Covid case rates, having endured the longest lockdown in England, due to higher than average cases in 2020.

As such, it is perhaps no surprise that plenty of shoppers continued wearing face masks as they passed through the main high street on Thursday, months after the compulsory order to wear them in public spaces was ditched in England.

“Covid is still around and as someone with asthma, I don’t want to put myself at risk, even though I’m double-jabbed. Cases are rising and even though it’s not talked about as much, it’s still a problem,” said Sabiha Zaman, an 18-year-old digital forensics student at De Montfort University.

Like many, she thought the government’s decision to avoid implementing ‘plan B’ – mask-wearing in enclosed spaces, social distancing and advice to work from home – was reckless while Covid cases are rising.

“It feels like they’re happy to just let everyone do what they want. It’s more hassle for them if they need to constantly regulate what people are doing, I suppose,” she said. “But small things like wearing masks would help everyone in the long run.”

“Well, the government first said that we should be [wearing them],” said 43-year-old secretary Leion Dillon. “We’re not out of the pandemic yet, so I definitely think we should still be wearing them in shops and things. Since Freedom Day has come and gone everyone thinks we’re free, but it’s still here and the numbers are going up.”

Although the city has fared better with cases in recent months, the importance of acting sooner rather than later seems to have stuck with many.

“I don’t think we get the balance right until it’s too late, unfortunately,” said Dillon. “Look at all the other countries, they’re wearing masks and everything else and their rates are better than ours. You can’t ignore statistics.”

Even those who said they rarely wore a face mask said they would be happy to do so if it was enforced. “I’m not wearing a face mask much any more but I have one in my pocket all the time in case I go anywhere where they prefer me to wear one,” said 70-year-old Peter O’Nion. “And if they said we had to start wearing masks in shops and on trains, I would do it.”

He added: “I just hope we don’t end up with any major restraints, lockdown or anything like that, because we’ve had enough.”

But not everyone agreed that enforcing mask wearing was the right thing to do. Kelly Waldron, 50, said she thought people could make their own decisions about face masks and social distancing now that most have been vaccinated. “I really think it should be down to personal choice now as everyone has got different views on the whole thing,” she said, adding that there could perhaps be separate shopping lanes for people who weren’t comfortable around unmasked people.

“I don’t really wear one any more as it makes me feel claustrophobic. But if I have to I will, I won’t argue it,” she said. “And if they do make it compulsory, we just have to go with it and do what is safest for everyone.”

Even if the government does decide to implement tighter restrictions, there are still doubts over how many people would follow the rules, and most shoppers admitted there are many people who seem to have ditched masks completely.

“People want their freedom. It’s better to wear your mask and social distance, and still be able to go where you want. What would you prefer? To stay in, or go out with your mask?” 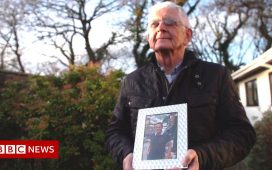 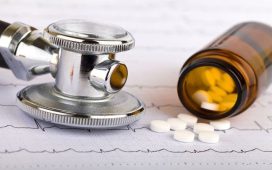