On Friday, the chief minister of the Isle of Man announced some bad news. A patient in the island’s Noble’s hospital had died from coronavirus, he said, the first Manx Covid death since 5 November.

Howard Quayle said he knew the news would “come as a blow” to the Isle of Man’s 85,000 residents. “The death of a member of our island community is a painful reminder of how dangerous this virus is,” he added.

It is also a warning for the UK, as it looks forward to society slowly reopening, of just how quickly Covid can once again take hold.

It was only at the start of February that the Isle of Man came out of lockdown. Pubs, shops and restaurants reopened, social distancing measures were lifted and face coverings were no longer mandatory. Back then, Quayle declared that the reopening of society was possible because: “There’s a collective determination, a sense of duty and community spirit. The public have followed all the rules.”

Just over a month later, on 3 March, the island went into a 21-day “circuit-breaker” lockdown to limit the spread of the virus after a spike in cases, with the government believing the “index case” (patient zero in the current wave) was most probably a ferry worker.

As of Friday afternoon, there were 704 active Covid cases on the Isle of Man, with 12 people in hospital, one of whom was in intensive care.

The admission that the island’s ferry service had probably brought back Covid has caused anger on the Isle of Man, with some asking why ferry workers were exempt from the strict 21-day quarantine enforced on all other arrivals.

The fury is exacerbated by the fact that the Manx government has operated one of the world’s toughest Covid enforcement regimes in an attempt to keep the island infection-free. Fifty-six people have been jailed for breaking coronavirus restrictions in the past year, 18 of whom were sent to prison for not following instructions to self-isolate when ordered to do so.

But the same rules do not apply to ferry workers after the Isle of Man government last month decided that those based on the island did not have to go into self-isolation when returning home from a shift.

According to a government spokesman, the agreement with the Isle of Man Steam Packet Company, which operates the ferries, “included a full risk assessment agreed with Public Health to mitigate risk on board the vessel around working practices including travel to/from the vessel; a surveillance testing regime for all crew at the beginning and end of shift cycle and extending the vaccination programme”.

The regime was designed to “mitigate the risks associated with the service while acknowledging the ferry operator’s crucial role as part of the Island’s critical national infrastructure”, he added.

The island’s border has been closed to almost all non-residents since March last year. But ferries continue to shuttle back and forth for what the island calls the “controlled return” of residents, as well as for key workers required for preservation of life, public safety and critical national infrastructure.

Anyone returning to the island must self-isolate. They can either complete a 21-day period of mandatory self isolation or pay £150 for a series of tests – one within two days of arrival, a second on day seven, and a third on day 13, allowing an early end to self-isolation following the final negative test.

The latest death takes the total number of people to have lost their lives to coronavirus on the island to 26. 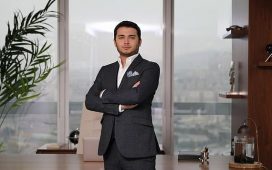