The Morrison government will introduce penalties including fines and jail time for anyone who tries to return home from India.

The move comes after two Australian cricketers who had been in India returned home on Thursday after transiting through Qatar, despite the government earlier in the week banning all direct flights from Covid-ravaged India.

The federal health minister, Greg Hunt, announced the strengthening of border controls late on Friday night, saying that anyone who attempted to defy the rules would be hit with fines of up to $66,600 or five years in prison, or both.

“The government does not make these decisions lightly,” he said. “However, it is critical the integrity of the Australian public health and quarantine systems is protected and the number of Covid-19 cases in quarantine facilities is reduced to a manageable level.”

The measure will be in effect from Monday and will be reviewed on 15 May.

Hunt invoked powers under the Biosecurity Act to introduce the measures, the same act used to close the borders.

Biosecurity control orders currently allow authorities to require an individual to provide contact details, regularly update an officer of their health status, restrict movement by remaining at the individual’s place of residence for a specified period, undergo decontamination, provide body samples for diagnosis, undertake treatment or receive a vaccination, remain in Australia for up to 28 days, or be isolated at a medical facility.

In addition to control orders, the regulations give the health minister scope to determine biosecurity emergencies. These powers allow the minister to “determine any requirement that he or she is satisfied is necessary” to prevent entry or spread of disease.

Offences of failing to comply are punishable by five years in prison or a fine of more than $60,000. The same penalties apply to failure to comply with a control order.

But the powers are subject to safeguards that the requirements imposed by the health minister must be “likely to be effective”, be “appropriate and adapted” to its purpose and be “no more restrictive or intrusive than is required in the circumstances”.

Australia has suspended direct commercial and government repatriation flights from India until mid-May as the country spirals into disaster. That decision leaves more than 9,000 Australian citizens who have registered with the Department of Foreign Affairs in limbo. Some 650 of them are considered vulnerable.

India is currently in the grips of a devastating second wave of the Covid-19 pandemic, with the daily number of cases topping 320,000 and conservative estimates of 17.6 million people infected.

Overwhelmed hospitals are running out of oxygen and more than 2,800 people are dying each day. In the capital, New Delhi, one person is dying every four minutes.

Almost 20,000 people have returned to Australia from India since March 2020.

After Friday’s meeting of the national cabinet, the prime minister, Scott Morrison, issued a statement saying governments “noted the measures that have been put in place to restrict entry into Australia of people who have previously been in high-risk countries determined by the chief medical officer”.

“National cabinet noted the chief medical officer’s assessment that India is the first country to meet the threshold of a high-risk country,” the statement said.

It foreshadowed “further measures to mitigate risks of high-risk travellers entering Australia” but did not flag criminalising returns explicitly.

Earlier in the day, Morrison told Sydney radio station 2GB a loophole whereby travellers could get around the India flight ban by transiting through a third country was closed on Wednesday evening.

“That flight that those cricketers were on managed to get away just before that,” the prime minister said. “We had information on Monday that that wasn’t possible.”

The prime minister said the federal government would be “taking more action” to ensure passengers did not circumvent the restrictions and added he would be “speaking to the premiers about that and when we meet at national cabinet”.

A recent Perth cluster of Covid infections reportedly came from a man who had travelled to India for a wedding and returned to quarantine at the Mercure Perth hotel.

Flight caps restricting the number of passengers that can enter Australia each week have been controversial during the pandemic and left tens of thousands of citizens stranded overseas.

See also  Fury as full-frontal male nudity is shown on PRIMETIME TV as families watched during dinner
Share on FacebookShare on TwitterShare on PinterestShare on Reddit
newscabalApril 30, 2021 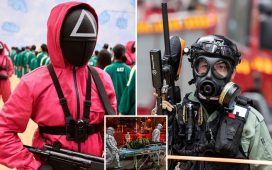 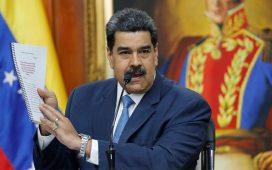