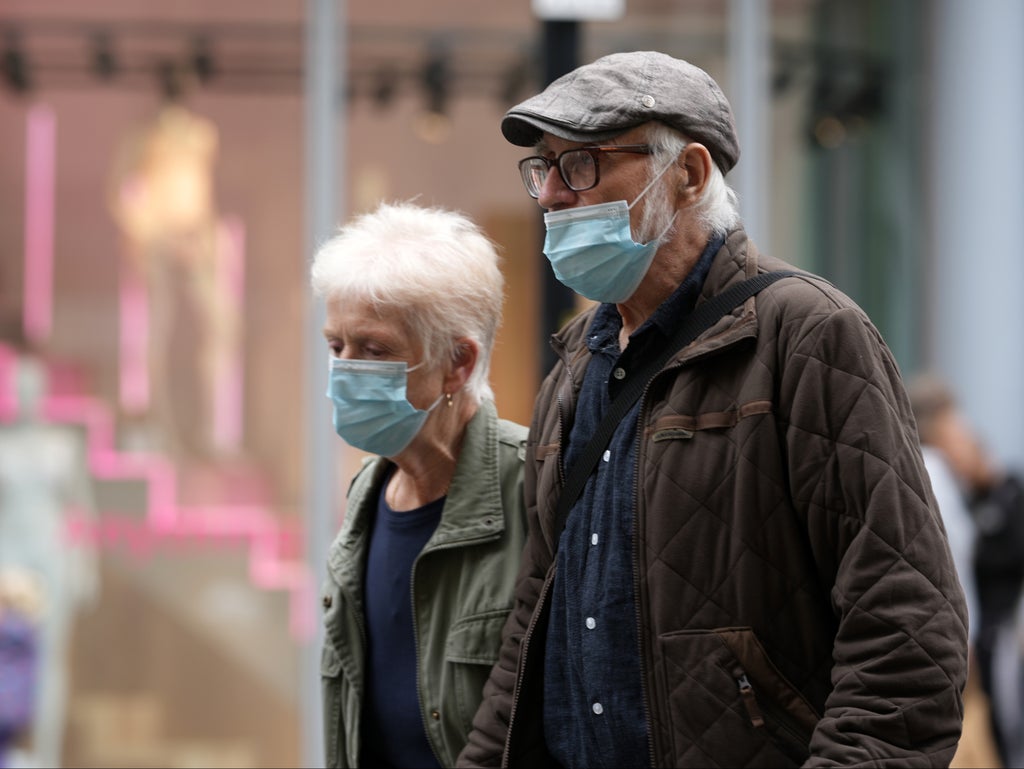 Cases are surging in southwest England after tens of thousands of people with Covid were wrongly told they were negative, allowing infections to continue spreading unchecked within the region.

An estimated 43,000 people across the country are thought to have received an incorrect false test result due to “technical issues” at a private laboratory in Wolverhampton, where operations have been suspended amid an ongoing investigation.

Authorities have since contacted the affected individuals, mostly in the South West, to advise them to take another test. The incorrect PCR results were handed out between 8 September and 12 October, the UK Health Security Agency said.

Many towns and communities in the region have begun to report record-high daily new infections in recent days, according to government data. It comes as 223 new Covid deaths were reported on Tuesday – the highest figure since March.

As of Monday, South West local authorities made up seven of the top eight areas with the highest Covid rates in England.

“We are starting to see the impact of the false negative scandal in the numbers,” said Professor Kit Yates, a senior lecturer in mathematical biology at the University of Bath.

“Part of this may be due to people finally getting retested, after receiving a false negative result, but it’s extremely likely that a large part of these rises are a result of the fact that people were encouraged to go into work or school falsely believing they were not infectious, with the result that they ended up infecting their friends and colleagues.”

Bath and North East Somerset has the highest local Covid rate in the country. In the seven days up to 13 October, cases almost tripled. Cheltenham is close behind in second; a total of 236 new infections were reported across the town on Monday, bringing its seven-day average to 940 cases per 100,000.

In Somerset, the local council said the county’s high rates were due to the false negative results that had been distributed by the private lab. Consequently, people who were wrongly told they weren’t infected did not isolate at home and continued to spread the virus, the council said.

“In recent weeks, we have seen a rise of Covid-19 cases with rates in educational settings now representing the majority of all Somerset cases; this is in line with what is being seen regionally,” a spokesperson for Somerset County Council added.

“This situation really does show the importance and effectiveness of self-isolation for people who are symptomatic or with a positive PCR test result. The public health team continue to work very closely with schools on an individual basis put in place necessary control measures as per the national policy.”

Prof Yates said he has heard stories of individuals who believed they were negative after receiving their PCR result. “Some of these people then went into work whilst infectious and days later their colleagues have become infected,” he added.

“While the link between the cases is not definitely, it does seem extremely likely that this was the route of transmission.”

UKHSA is now investigating the Wolverhampton lab, which is owned by Immensa Health Clinic, a private company that was first set up in May 2020 and later handed a £120 million contract by the government to provide testing services for the UK.

The Guardian reported on Monday that the lab was not fully accredited for Covid testing, contrary to assurances made by health officials.

Authorities appear to have been first alerted to the issue following reports that people across England had received a negative PCR test result after previously returning a positive result through a Lateral Flow Device (LFD).

Colin Angus, a senior research fellow and health inequalities modeller at the University of Sheffield, cautioned against over-interpreting the surge in cases across the South West now that the lab issue has been identified.

“It’s not just that we’re now seeing the ‘truth’ that was there all along,” he said. “There’s also likely to be a big surge in the number of people tested – people who received a potentially inaccurate negative PCR and wanted to check if it was right, close contacts of those people who thought they were safe and now aren’t sure, people who might just have lost a bit of faith in the system and want to check.”

“So I’d expect the positivity rate to also fall well out of sync in the South West and it will take a week or more until these effects all come out in the wash before we can tell how the ‘true’ case rates in the region compare to the rest of the country.”

UKHSA said its investigation into the Immensa lab will include an assessment of any potential impact the incident has had on case rates in England.