The Covid booster vaccination scheme could be significantly expanded as early as Monday as ministers try to combat the seemingly inevitable spread of the Omicron variant, with secondary school pupils being told to wear masks in communal areas.

The government’s vaccines watchdog, which held an emergency meeting over the weekend, could advise the use of boosters for younger people, as well as a cut in the current six-month wait between second and booster doses, it is understood.

Ministers insisted on Sunday that they hoped restrictions imposed following the detection of the variant, which scientists fear could be highly transmissible and potentially evade some vaccine protections, would be limited and temporary, with the health secretary, Sajid Javid, promising “a great Christmas” next month.

But health officials said on Sunday that a third case of the Omicron variant had been confirmed in the UK in someone linked to southern Africa, who had been staying in Westminster but left the UK before the test result emerged. Officials say they were in the central London borough, rather than being specifically linked to parliament.

However, it was also revealed that investigators looking into one of the two cases announced on Saturday were searching for potential contacts in Brentwood, Essex, as far back as nine days ago, raising questions over how long the new variant has been in the UK.

Following the announcement of tough travel restrictions on 10 African nations and the reintroduction of mandatory mask use in England in shops and on public transport from Tuesday, the Department for Education has contacted English schools to say secondary-age students and teachers should again wear face coverings in communal areas.

Javid, sent out for a round of interviews on Sunday morning, insisted the government was “nowhere near” considering a return to more stringent measures such as advising people to work from home or social distancing, arguing the potential impact on the economy and people’s welfare would be disproportionate to the perceived risks.

The health secretary described vaccines as “our first form of defence”, saying he expected news from the Joint Committee on Vaccination and Immunisation “imminently”.

While it remains unclear what decisions the vaccines watchdog has reached, its deputy chairman, ProfAnthony Harnden, told the BBC that extending the booster age range – in healthy adults they are currently limited to those aged 40 or above – and reducing the delay before they were given was “a sensible strategy”.

But ministers are set to come under intense pressure over whether they are being complacent about Omicron, which has a large number of mutations compared with previous variants, something that has alarmed scientists.

Paul Whiteman, general secretary of the NAHT union, which represents school heads, warned that teachers, parents and students would be concerned about the variant, and would want clear and obvious guidance: “The pressure on schools is unrelenting. Any uncertainty will add to that sense of continuing jeopardy. The government needs to get advice out to schools fast.”

Kevin Courtney, head of the NEU teaching union, said that while it welcomed the mask guidance it thought ministers “should go further and encourage mask-wearing in secondary classrooms and also plan investment to improve ventilation and air filtration”.

Nadhim Zahawi, the education secretary for England, said: “We are taking targeted and proportionate action as a precaution while we find out more information about the new variant … We are working with education and childcare settings to enhance safety measures where needed, including introducing isolation for 10 days for close contacts of suspected Omicron cases.”

With mask use on public transport having dropped significantly since it was made voluntary on most services in July, the RMT rail union called for extra police resources to deal with “angry passengers who refuse to comply”.

And on international travel, Yvette Cooper, the Labour MP who chairs the Commons home affairs committee, called for an immediate reintroduction on the requirement for people coming to the UK to take a Covid test before they travel, rather than within two days of their arrival.

The requirement for the day two test has again been upgraded, meaning people have to take a laboratory-analysed PCR version, rather than the do-it-yourself lateral flow type, as has been the case since October

However, it is still not clear when the change will come in. While passenger locator forms have already been updated to say PCR tests will be needed from 4am on Tuesday, Javid said only that the change would take place “as soon as possible”. Anyone who tests positive for Omicron will have to isolate for 10 days.

Boris Johnson and his ministers will also face pressure from their own MPs to limit any new restrictions, especially before any threat posed by the variant is better known. Although the government does not need Commons approval to make the changes, it plans to arrange a vote.

Javid stressed the government’s disinclination to move towards any mandates over distancing or home working, saying such measures “carry a very heavy price, both economically, socially, in terms of non-Covid health outcomes such as the impact on mental health”.

Instead, he said, there was confidence that even if mutations in the Omicron variant make it resist some Covid vaccines, they were still likely to give some protection.

Some scientists backed the idea of expanding boosters and reducing the gap between doses.

Danny Altmann, a professor of Immunology at Imperial College London, said: “If you’ve got a glimmer of evidence, and I think we have, that the vaccines are still holding up to some extent, then it would be a good idea to get as many people boosted as quickly as possible to raise their level of protection.”

Prof Paul Morgan, an immunologist at Cardiff University, said there was room for manoeuvre on the six-month gap, already cut to five months for some people.

“If boosters are given too soon, then they’re not as effective,” he said. “But I think six months was more about pragmatism and availability, than about immunity. From three to four months on, the immune response should be virtually as good as at six months.” 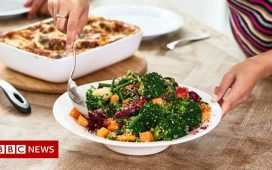 Covid: 'Fussy eaters' could have smell and taste disorder 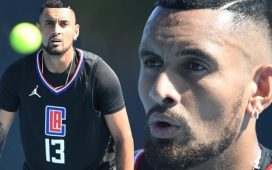 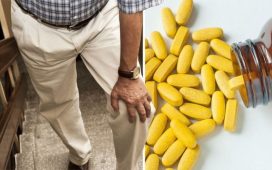