People should not assume that Covid will evolve to become a milder disease, a senior scientist has warned, adding that the threat posed by the Omicron coronavirus variant will not be clear until the end of December.

Prof Neil Ferguson, head of the disease outbreak analysis and modelling group at Imperial College London, told MPs on Wednesday that while evolution would drive Covid to spread more easily the virus might not become less dangerous.

“Most of the transmission has already happened by the time people get hospitalised,” Ferguson told the Commons science and technology committee. “The virus cares about replicating very fast within the respiratory tract and getting out into the environment. If that happens to kill somebody 10 days later the virus really doesn’t care.”

His comments came as minutes from the New and Emerging Respiratory Virus Threats Advisory Group (Nervtag) revealed that the experts urged UK ministers last week to take “early and robust actions” to limit the transmission of the Omicron variant.

The scientists noted that firm data were not yet available but early analysis of the variant provided “sufficiently worrying signals” for them to recommend “early and robust actions to prevent introduction and onward transmission”.

First detected in South Africa and named Omicron by the World Health Organization (WHO), the emergence of the B.1.1.529 variant has prompted the government to reintroduce mandatory mask-wearing in shops and on public transport and to dramatically increase the pace of the booster vaccine programme.

Ministers have also introduced more stringent self isolation policies for those in contact with positive Omicron cases, and placed South Africa and a string of other countries on the travel red list.

The minutes of the Nervtag meeting, published on Wednesday, stressed that it remained unclear how serious the health outcomes of the variant could be but that a large wave of infections could potentially overwhelm the NHS. The group said preparations should be made to update vaccines and antibody treatments.

“Although data on disease severity associated with B.1.1.529 are not yet available, a large wave of infections will be accompanied by a wave of severe cases and the subgroup cannot rule out that this may be sufficient to overwhelm NHS capacity,” the minutes say.

Separately, leaked minutes from a meeting of the Scientific Advisory Group for Emergencies (Sage), to which Nervtag reports, suggested experts had called on the government to introduce predeparture testing for travellers returning to the UK. The BBC reported that minutes of a meeting held on Monday reveal scientists saying such testing – which Labour has called for – could be valuable.

Ferguson told MPs that while some viruses did become less dangerous over time this was not always the case. Two of the most prominent variants of Covid-19, the Alpha and Delta variants, had each caused more severe disease than their predecessors, he said.

He said: “It’s too early to say whether Omicron is going to be more or less severe than previous variants, but what we have seen so far is, Alpha has been more severe than the previous strain, a little in terms of severe outcomes counterbalanced by the fact that we have treatments, and Delta was more severe again.

“The trend we have seen so far is toward greater severity, not lesser severity, thankfully countered by better treatments … that mean people have a much better chance of surviving severe Covid today than they did at the outset of the pandemic.”

Viruses mutate all the time as they replicate in infected bodies. Most of the mutations have a detrimental or neutral impact on the virus, but some can improve its ability to spread. This might happen if a variant binds better to human cells, or multiplies faster inside cells, or causes people to be infectious for longer.

In a highly immune population such as the UK, a variant can gain the upper hand if its mutations make it harder for the immune system to attack.

Mutations in the Omicron variant are expected to make it both more transmissible and harder for antibodies to recognise. The concerns have sparked an urgent global effort to understand how well vaccines and immunity after infection protect against the variant. The first results are expected in the next week or two, but Ferguson said it would take longer to gain a fuller understanding of the threat posed by Omicron.

When the Alpha and Delta variants emerged it took several weeks for epidemiologists to gather enough data to work out how much more transmissible they were, and the extent of any immune evasion.

Ferguson said it would probably take “three to four weeks” to get an indication of the transmission and real-world vaccine effectiveness. “We have to be patient. It is likely to be towards the end of this month, when we have a clearer picture.” 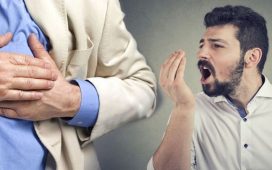 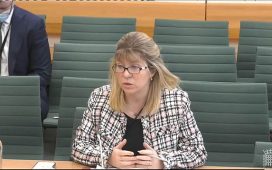 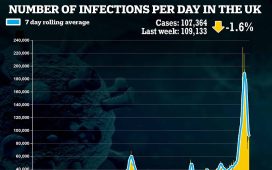 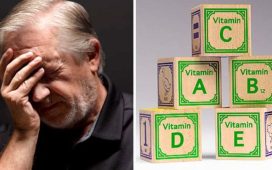 Only 15 U.S. states have had daily Covid cases jump by 100% or more over the past two weeks