More than 5.5 million doses of the coronavirus vaccine have been given out in England, amid concerns that supplies to the North are being diverted elsewhere amid a ‘postcode lottery’.

A total of 5,526,071 Covid-19 vaccinations had taken place in England between December 8 and January 22, according to provisional NHS England data.

That includes first and second doses and is a rise of 425,596 on Friday’s figures.

The NHS was forced to deny claims that vaccines were “being diverted” from the North of England to the South after a report said GPs in Yorkshire and the North East would receive half as many doses next week so other regions could “catch up”.

Will you get a coronavirus vaccine? Join the conversation in the comments section below.

The Health Service Journal (HSJ) reported that GP practices in Yorkshire and the North East would receive about 100,000 doses next week, down from about 200,000.

Their supplies were being cut because they were ahead of other areas in vaccinating their eligible populations, the report added.

The report also cast doubt on the Government’s aim of giving more than two million doses a week, saying the planned reduction in deliveries to Yorkshire and the North East suggests the national supply will remain “heavily constrained” next week.

The Telegraph reported that up to half a million fewer doses of Covid-19 vaccine will be supplied to the NHS next week, and Whitehall sources admitted the target of vaccinating the top four priority groups by February 15 was increasingly “tight”.

Sources said UK deliveries of the Pfizer vaccine would be cut by between 15 and 20 per cent due to delays in shipments as the pharmaceutical giant increases capacity at its plant in Belgium.

Ministers also suggested supplies of the AstraZeneca jab were also behind track.

The HSJ report led to the Government being accused of “confusing” messages around vaccine supplies for northern England.

The NHS’ denial came after a NHS medical director said deliveries were targeted based on vaccination rates.

Vaccines Minister Nadhim Zahawi denied on Thursday that supplies were being moved to other parts of the country.

An NHS spokesperson said afterwards: “It is not true that vaccine is being diverted from north to south.

“As supplies allow, the NHS aims to offer vaccination to all those in the four priority groups, including people aged 70 and over in every part of England by the middle of February.” 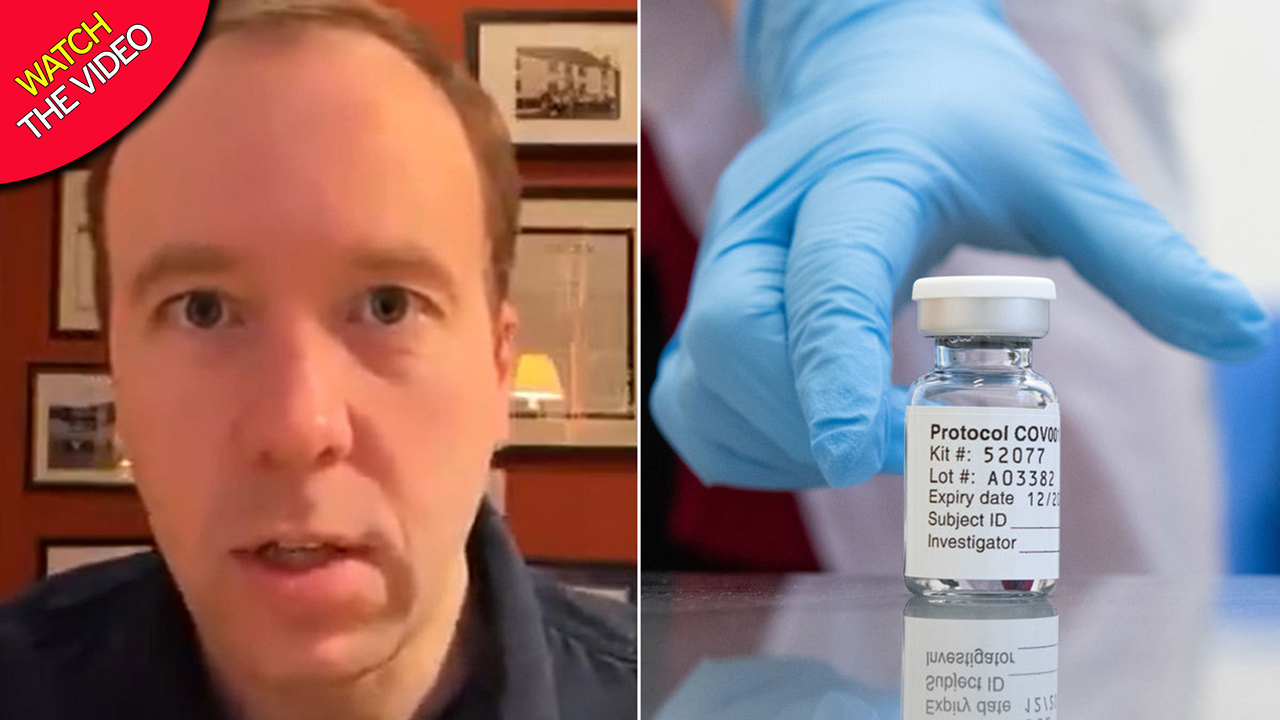 NHS England figures show that Yorkshire and the North East lead with 67 per cent of over-80s receiving their first vaccine dose, compared with 36 per cent in Suffolk and north-east Essex.

The Government has set a target of offering the vaccine to 15 million people in the highest priority groups by mid-February.

It must administer about 388,000 vaccine doses each day to reach the target.

About 2.8 million doses were due to be delivered to the NHS next week, but the figure is set to be cut to around 2.3 million, partly due due to Pfizer delays, sources told the Telegraph.

Only 328,000 people can be vaccinated each day if just 2.3 million doses are delivered.

A senior Whitehall source told the newspaper that the vaccine supply was “constrained”, and another warned that the rollout would be “tight and lumpy” in coming weeks.

The breakdown for the other regions is as follows:

The Scottish Government said 380,667 people have received their first dose of the coronavirus vaccine, up by 22,213 from the previous day.

Public Health Wales said a total of 240,547 first doses of the Covid-19 vaccine had now been given, an increase of 28,230 on the previous day’s figure.

The agency said 469 second doses were also given, an increase of 54.

In total, 38.7 per cent of those aged over 80 have received their first dose of the vaccine, figures published on Saturday showed.

It is still some way off the target, with Health Minister Vaughan Gething saying previously he expected 70 per cent of this group to have been offered the jab by the end of Monday.

Meanwhile, doctors’ calls to cut the gap between the first and second doses of the coronavirus vaccine are being resisted by officials at Public Health England.

The British Medical Association (BMA) has warned that delaying the second dose of the Pfizer/BioNTech jab to 12 weeks after the first is not justified by the science.

However, PHE medical director Dr Yvonne Doyle said it is essential to protect as many people as possible to prevent the virus getting “the upper hand”.

In a letter to the chief medical officer for England, Professor Chris Whitty, the BMA said the gap between the first and second doses of the Pfizer vaccine should be no more than six weeks, in line with the advice of the manufacturers and the World Health Organisation (WHO).

However, Dr Doyle insisted the decision to extend the gap had been taken on “public health and scientific advice” based on the need to get at least some protection to as many people as possible.

“The more people that are protected against this virus, the less opportunity it has to get the upper hand. Protecting more people is the right thing to do,” she told BBC Radio 4’s Today programme.