Here’s what you need to know:

After a devastating year, with wave after wave of coronavirus infections, cases and deaths are falling in many of the Western nations that were once among the hardest hit. But even as the virus recedes in wealthy nations with robust vaccination campaigns, it is pummeling India and threatens to swamp Southeast Asian countries that had until now largely fended it off.

The result is that, over all, new global cases are leveling off after rising steadily since March and peaking in late April. Still, the world is in danger as long as they remain at “an unacceptably high plateau,” the director general of the World Health Organization, Tedros Adhanom Ghebreyesus, said on Monday.

Cambodia and Thailand, which had controlled the virus throughout 2020, have recorded sharp increases in infections in recent days. Malaysia announced a new nationwide lockdown on Monday, two days after recording its highest daily case total since January.

Scientists warn that if the virus is allowed to spread unchecked in parts of the world with lower vaccine coverage, dangerous variants will continue to evolve, threatening all countries.

“Globally, we are still in a perilous situation,” Dr. Tedros said. About 772,000 new cases are reported on average each day globally, nearly half in India, where a virus variant, B.1.617, has been spreading.

The W.H.O. deemed B.1.617 “a variant of concern” on Monday. Other variants of concern include B.1.1.7, first identified in Britain and now dominant in the United States, and P.1, originally detected in Brazil.

In the United States, Britain and parts of Western Europe where vaccines have been widely deployed, the virus is subsiding, and people are flocking back to restaurants and other attractions.

Vaccines could soon be available to even more Americans now that the Food and Drug Administration has authorized the use of the Pfizer-BioNTech shot for 12- to 15-year-olds.

Dr. Robert Schooley, chief of the infectious disease division at the University of California San Diego, said that the global rate of cases “remains quite volatile.”

“We’re going to see a bit of a Whac-a-Mole situation for some time to come as local and regional outbreaks flare up and burn out,” Dr. Schooley said. This will continue to be the case, he said, as long as a substantial part of the global population remains unvaccinated.

Saskia Popescu, an infectious-disease epidemiologist who is an assistant professor at George Mason University, said that Americans should not be lulled into thinking the virus is defeated, because “we have to see the crisis in India as a wake-up call for global vaccine equity.” She added, “Covid-19 isn’t gone anywhere until it’s gone everywhere.” 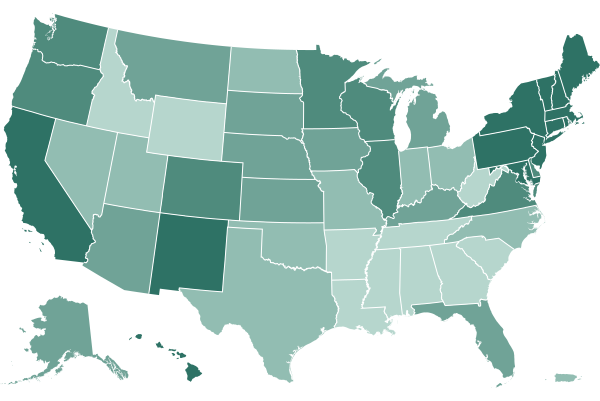 As the chaos of India’s coronavirus outbreak spreads across the country, infections are surging in states and rural areas with fewer resources, where sickness and death are much harder to track. One measure of the misery, medical workers say, is that poor people are disposing of bodies in rivers because the cost of cremations has shot up.

The authorities believe that is what happened when villagers in northern India discovered dozens of bloated corpses washed up on the banks of the Ganges River along the boundary of Bihar and Uttar Pradesh, two states where the virus is raging.

Residents found the bodies on Monday evening in Chausa, a riverine village in Bihar. Stunned onlookers crowded around the remains, many with brightly colored clothes sticking to them, floating in the shallows.

Some officials said that roughly 30 bodies had been discovered. Witnesses put the figure at more than 100. Some people in the area have a custom of sending the remains of loved ones, weighted with stones, into the Ganges, the holiest river in Hinduism. But authorities suspect that many of these people died of Covid-19.

“I’ve never seen so many bodies,” said Arun Kumar Srivastava, a government doctor in Chausa, who said that it was likely that some were Covid-19 victims. In the past few days, he said, he has seen more and more people transporting dead bodies, sometimes on their shoulders.

The outbreak in India shows no sign of letting up, with the health ministry reporting more than 386,000 new cases and nearly 3,900 deaths on Tuesday. A quarter of a million people have died nationwide from the virus, although experts believe that the true toll is much higher because of low testing levels and the large number of deaths in India that typically go unrecorded.

As Covid-19 deaths have overwhelmed funeral grounds, some crematories are charging five or 10 times the usual price for last rites. Kishan Dutt Mishra, an ambulance driver in the Chausa area, said that the price of wood had risen beyond what many families could afford.

Driving a seven-mile stretch along the Ganges between Chausa and another nearby town, Buxar, Mr. Mishra said that he saw body after body washed up along the river.

“I have never seen even a few bodies, let alone so many of them, lining the river all through this stretch,” he said.

So-called quad tests, now available at thousands of hospitals and clinics, can detect not only the coronavirus but also two types of influenza and the respiratory syncytial virus, or R.S.V.

That might not seem essential given that the United States, like many other countries, witnessed a shocking absence of a flu season this past winter. But as the country begins to reopen, doctors say that flu and other pathogens could make a comeback this fall.

What’s more, even as a growing number of people get vaccinated against Covid, there are still some 40,000 new infections every day in the United States, so testing will still be in demand.

Unlike the antigen tests, the quad test looks for a virus’s genetic material using a polymerase chain reaction, or P.C.R. The P.C.R.-based method is far more accurate than the antigen approach, though P.C.R. sequencing of patient samples used to be more cumbersome and relied on multistep procedures.

Several factors might precipitate the flu’s return in the fall: children returning to school, declining use of masks and perhaps a lack of recent immune system exposure to the flu. If more people get sick in the fall, they will want to know if it is flu or the coronavirus.

The F.D.A.’s decision to authorize Pfizer’s coronavirus vaccine for 12- to 15-year-olds presents a bright new opportunity in the push for broad immunity in the United States. But the challenges are more daunting than for immunizing older, more independent teenagers.

Surveys suggest that many parents — even those who eagerly got their own Covid shots — are reluctant to vaccinate pubescent children. Yet doing so will be critical for further reducing transmission of the virus and smoothly reopening middle and high schools.

Following the F.D.A.’s decision on Monday, states, counties and school districts are trying to figure out the most reassuring and expedient ways to reach younger adolescents as well as their parents, whose consent is usually required by state law. They are making plans to offer vaccines not only in schools but also at pediatricians’ offices, day camps, parks and even beaches.

“The game changes when you go down as young as 12 years old,” said Nathan Quesnel, the superintendent of schools in East Hartford, Conn. “You need to have a different level of sensitivity.”

Two Chinese men who created an online cache of banned reports on the coronavirus, defying government censorship, pleaded guilty on Tuesday to “picking quarrels and provoking trouble,” a vague charge that Chinese prosecutors often use against politically troublesome defendants.

Chen Mai and Cai Wei, both in their 20s, used Github — an internet platform widely used by software developers to share code and information — to preserve Chinese news reports and articles that censors had erased from their original sites. They stored more than 100 articles about the coronavirus outbreak in China in early 2020.

Their archive, called Terminus 2049, included materials such as a candid account by a doctor who tried to warn others about the spreading contagion and descriptions from medical workers who said they were desperately short of protective wear.

The Chinese government has been reluctant to apply its usual heavy-handed censorship to Github because it is so important to high-tech companies. That makes the platform a place where users can occasionally challenge government controls on information.

Chen Kun, the brother of Chen Mei, said that the accusations laid out by prosecutors made it clear that the authorities were angry at the defendants for challenging censorship at a time when leaders in Beijing faced a surge of public anger over missteps and concealment as the coronavirus was spreading in central China.

The prosecutors accused Mr. Chen and Mr. Cai of operating a separate online forum that they said included “a great deal of fake news” and “insults of national leaders,” according to Chen Kun, who lives in France and relayed accounts from his mother, who attended the trial in Beijing.

“The whole trial was a charade,” he said in a brief interview, adding that the defendants could not freely choose their own lawyers. “The court-appointed lawyers clearly played along with official demands.”

Mr. Chen, 28, and Mr. Cai, 27, were detained in April 2020 as China began to emerge from its coronavirus outbreak. Both men pleaded guilty to the charges, possibly in the hope of securing an early release. The verdict is expected to be announced at a later hearing.

Andrew Ferren, an American citizen who has lived in Madrid for much of the past 20 years, traveled to the United States to get vaccinated. Read his full essay on the experience here.

In mid-March, as friends and family were getting vaccinated in the United States, and as production problems and health concerns about some vaccines slowed the European Union’s already sluggish campaign, my husband and two children and I found ourselves packing our suitcases for New York.

A few weeks later, we returned for the second dose of the Pfizer-BioNTech vaccine.

Recent news articles have focused on American expats who have considered going back to the United States to get vaccinated. While it’s impossible to determine the exact numbers, I know about half a dozen Americans across Europe who, like us, made that decision.

The U.S. government has no program for vaccinating Americans abroad, and expats — all of whom maintain the same rights (voting, for example) and responsibilities (filing income taxes) of residents — are free to fly home and get vaccinated.

But the act of taking matters into one’s own hands can feel daunting, and there was also the fear that we might turn up for our shots only to be told they were out of vaccines. 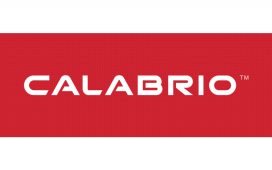 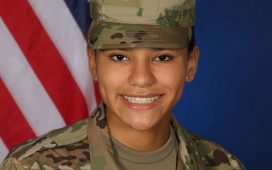 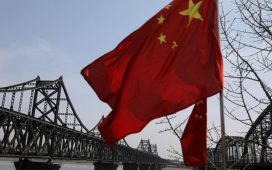 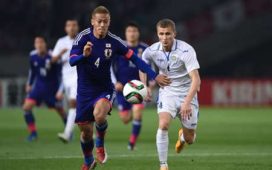 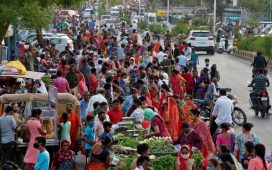