New measures restricting indoor gatherings for children, and introducing facemasks for pupils aged nine and over, are to be considered by the Government on Friday.

Ministers are meeting amid concern over Covid-19 case numbers ahead of the Christmas period and the emergence of a new Covid variant spreading in South Africa that might make vaccines less effective and imperil efforts to fight the pandemic.

In a statement on Thursday night, the Department of Health said “No cases of this variant have been reported in Europe to date but the Minister for Health is deeply concerned.”

It said the department had, in recent days, been monitoring the emergence of the new variant B.1.1.529, and the World Health Organisation (WHO) was meeting on Friday to further assess its significance.

This variant has been identified in a number of countries in southern Africa and in Hong Kong but the department noted “the WHO has not yet designated this variant as a variant of concern”.

The UK has suspended fights from South Africa, Namibia, Lesotho, Botswana, Eswatini and Zimbabwe from midday on Friday.

Current Department of Foreign Affairs travel guidance “no longer advises against non-essential travel to South Africa based on the current assessment of Covid-19 risks”.

A department spokesman said there was no expected update to the travel advice on Thursday night.

Following a meeting on Thursday, the National Public Health Emergency Team (Nphet) has recommended to the Government that indoor gatherings for children should be avoided for the next fortnight. This is understood to include events such as nativity plays, sleepovers, birthday parties and playdates.

In a letter to Minister for Health Stephen Donnelly, chief medical officer Dr Tony Holohan is also understood to have recommended that children aged nine and over should wear masks in school and other indoor settings, and on public transport, as is the case currently for those aged 13-plus.

Nphet is also recommending extending the requirement for Covid passes to other indoor settings such as gyms and hairdressers.

The measures will be considered by Mr Donnelly and Government colleagues today.

It is understood Nphet will not decide on recommending further restrictions until next week when it has more data on whether case numbers and hospital admissions are reaching a plateau, as some officials and ministers have suggested.

“This will be the more serious meeting if numbers don’t come down,” said a senior source, suggesting a raft of more severe restrictions in the run-up to Christmas would be on the cards in that case.

In a statement last night, Dr Holohan said the rate of Covid-19 infections remained “concerningly high” and urged people to reduce their social contacts in the coming weeks.

He also said that people should be “mindful of your contacts in the days after socialising, and especially consider anyone you meet who may be immuno-compromised or vulnerable to Covid-19”.

He was speaking as the HSE stepped up its planning on how it will vaccinate children between the ages of five and 11 after the EU’s drug regulator approved use of the Pfizer Covid-19 vaccine for that age group.

The European Medicines Agency (EMA) has approved the use of the Pfizer Covid-19 vaccine in children aged between five and 11 at a lower dose than for teenagers and adults.

The move paves the way for Ireland’s National Immunisation Advisory Committee to consider the rollout of the vaccine to children here. It is understood the special shots for children will not be delivered to Ireland until around December 20th, and it is seen as unlikely that the vaccine will be administered to primary school children here before the new year.

Paul Reid, the chief executive of the HSE, said that it welcomed the EMA decision. “Our understanding is that the delivery of those vaccines right across Europe will be towards the end of December, so what we will be doing in the meantime is mobilising a plan and the channels in which we would prepare the vaccination of those younger age groups,” he said. 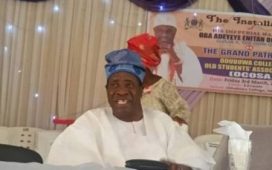 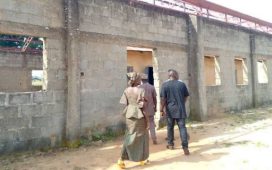 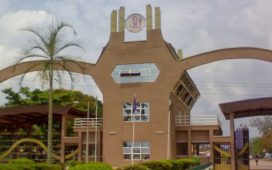