NEWSCABAL Latest UK News and Stories
Home science COVID-19: Asymptomatic children with coronavirus may have LESS of the virus than those with symptoms

Children who test positive for COVID-19 but show none of the outward signs may  have lower viral levels than the infected and symptomatic kids, a study suggested.

Alternatively, experts said, the findings could be the result of the children being tested later in their disease — when their viral loads had fallen.

The US research team studied the viral loads of 817 children who tested positive for SARS-CoV-2 after attending hospitals in the US and Canada.

They found that virus levels were typically higher in asymptomatic children who were likely to have only been recently infected.

However, their data also suggested that — in those children who underwent regular testing — median viral loads were still lower in asymptomatic cases.

Further tests will be needed, the team said, to determine if asymptomatic children do have lower virus levels overall, or whether such falls as their case develops.

Such findings could impact our understanding of transmission risks among younger members of the population — especially in such settings as schools. 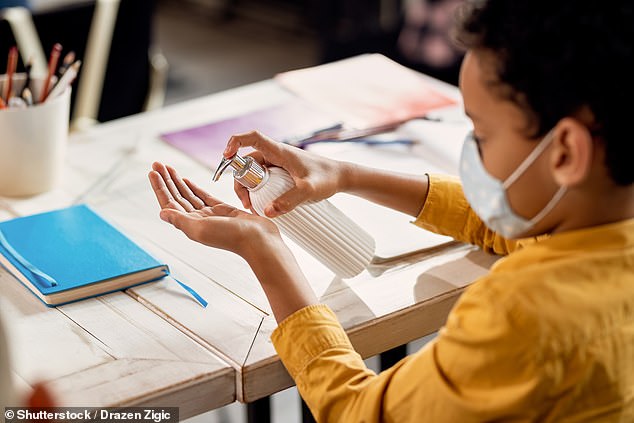 Children who test positive for COVID-19 but show none of the outward signs have lower viral levels than infected, symptomatic kids, a study has found (stock image)

‘While these findings provide some reassurance about the safety of asymptomatically infected children attending school,’ said paper author and epidemiologist Larry Kociolek of the Northwestern University in Illinois.

‘These unanswered questions suggest that risk mitigation measures in daycares, schools and the community remain critical to reduce the spread of COVID-19.’

‘At this stage, we can’t predict which children are likely to carry more or less virus, because in every age group we tested, there were some asymptomatic kids with a higher viral load,’ he continued.

‘However, even the groups of asymptomatic kids with highest viral load in our study still had lower viral loads than the children with symptoms.’

The team found that asymptomatic children who had either diabetes or recently had contact with a known COVID-19 case were more likely to have high viral levels.

The same applied to those children tested for routine surveillance purposes — rather than those tested for pre-admission or pre-procedure assessments.

However, the data also revealed that — even in the cohort of asymptomatic cases with the highest viral loads — mean levels were still significantly lower than in the equivalent symptomatic group. 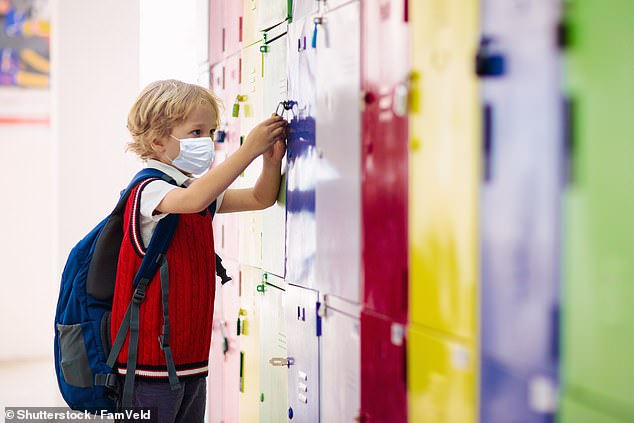 ‘We now need to know what the peak viral loads are in asymptomatic kids with COVID-19,’ said paper author and pathologist Nira Pollock of the Boston Children’s Hospital and the Harvard Medical School.

‘It is important to recognize that rapid antigen tests are less sensitive than the PCR tests used in hospitals,’ she added.

‘Many of the asymptomatic kids in our study likely would have tested negative using the rapid tests based on our understanding of the limits of detection of those tests.’

The full findings of the study were published in the Journal of Clinical Microbiology.