A 30-year-old man Tunde Tayo, who was alleged to have killed a commercial motorcycle operator in Maitumbi area of Minna has been remanded by the Chief Magistrate Court 1 in Minna, Niger State.

He was arraigned on a three-count charge bordering on criminal conspiracy, armed robbery and culpable homicide which contravenes sections 97, 298 and 221 of penal code.

It would be recalled that the police arrested Tayo for ‘killing’ 25-year-old Abdullahi Sale of Ungwan  Rama.

The suspect was said to have killed Sale in his uncompleted building along Maitumbi-Shiroro Road and buried his body in a shallow grave near his house. Upon exhumation of the victim’s body, it was discovered that the head had been removed.

According to the police “First Information Report” read at the court by the head of the Legal Unit of the State Criminal Investigation Department (SCIID), Mr. Jude Thaddeus Akaeze, the suspect conspired with others, who are currently at large, to lure and rob the deceased of his  Bajaj motorcycle valued N215,000.

The deceased was later killed and buried after he was robbed.

The pleas of the accused were not taken on the ground that the court is only hearing pre-trial into the matter and ordered for the remand of the suspect in Minna Correctional Centre pending when the police will forward the case file to the Ministry of Justice for legal advice.

The case was adjourned October, 30 for further mention. 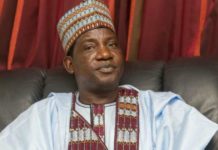