After three years trying to conceive and two rounds of IVF, Jess and Chris Chelin were shocked to fall pregnant with twins naturally.

But the pair had even more surprises in store when their sons ended up being born on different days, giving them different star signs.

Despite being twins, the boys couldn’t be more different.

Jess, 31, and Chris, 34, from York, North Yorks., also have a two-year-old daughter, Ayda, who was born as a result of one of the rounds of IVF.

Jess said: ‘I was excited and overwhelmed when we realised we were pregnant with twins. I couldn’t believe it, I didn’t believe it until they were born. I’m just so grateful.

‘We feel so lucky. They’re our little miracles.

‘It was amazing to hold them for the first time and to know the journey we’ve all gone through as a family.

‘I feel so happy and grateful. I feel so lucky for what we’ve got.

‘We always wanted more than one child but when we had Ayda we obviously knew there was a chance she was going to be an only child.

‘Now we’ve got the boys too and it warms my heart knowing they’re going to grow up having each other.’

The couple, who met in 2007 and married in 2015, always wanted to have a family of their own but were told they were unlikely to ever conceive naturally.

Jess, who was in her 20s at the time, was devastated when she was told her eggs were ‘akin to a woman in her 40s’.

Struggling with seeing other people having babies without IVF, the couple seriously considered moving to Canada or Australia as it became too overwhelming.

In 2017, they had IVF through the NHS but it sadly failed.

As the eggs didn’t go through a full cycle, they were still eligible for a free round of IVF but were offered a different treatment which injects the sperm directly into the egg.

Jess, a primary school teacher, said: ‘I had very little hope I was going to be able to have my own baby. They said it was very unlikely and the process of IVF is also really tough. It was so demoralising.

‘As soon as we got married we talked about how we wanted to have children as we wanted them quite young and to be able to do things with them.

‘Those two years seemed like the longest years ever, and it felt so futile.’

But now after the arrival of the twins, they are selling their three-bed terraced house to move into a bigger home.

Chris, a property manager, said: ‘It’s been completely crazy, our lives have been changed forever.

‘We never expected any of this, we didn’t think we’d have such a big family.. We just can’t believe it.

‘We genuinely believed for a long time that we might never have our own children and now we’ve got three beautiful babies.

‘I’m exhausted but I’ve never been so happy.’ 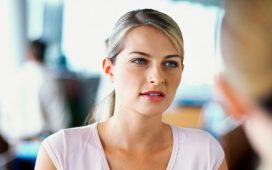 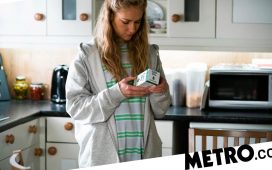