A couple created a seriously epic maze for their 21 rescue dogs after a particularly heavy bout of snow – and the adorable pets can’t get enough of it.

Chris Hughes, 34, and Mariesa Hughes, 40, from Clifton Park, New York, have a passion for helping rescue dogs and have so far saved more than 500 senior dogs.

The dogs range in ages from 18 weeks to 21 years, and are all loved members of the big rescue family.

After a particularly snowy night recently, Chris, who works in digital media for a pet food company, used a snowblower to create an incredible maze for his beloved pets.

‘We received 32 inches of snow overnight with no thaw in sight, and I knew I needed to clear out some space,’ says Chris.

‘Every year I usually will make a few paths, but this year I got a little carried away.

‘We have a snowblower which usually does a pretty good job but this was so much snow it made it almost impossible.

‘It took me about three hours to make the paths and halfway through the automatic drive of the wheels broke, so I had to push it through.

‘It was a great workout, that’s for sure.’

The pups immediately began to explore their winter wonderland playground, and it was clear that they loved their new maze.

Chris said: ‘The big dogs all ran out and started to explore. The little ones not so much, but they did eventually make their way down to it.’

Chris plans on adding more tunnels to the maze once there is another bout of heavy snowfall, along with a path to the puppy playground he has in the middle of his back garden.

He says that all the dogs have very unique personalities but get along with each other well.

The dog lover added: ‘We had a 20-foot long bed made because they all want to sleep together.

‘They have their own groups that they play in and the super seniors love to sleep most of the day, but it’s a very balanced group of dogs.

‘I love it having so many dogs. I am lucky to work from home so they are out with me all day, every day.

‘It’s never a dull moment here, that’s for sure.’


MORE : Here’s how to properly dispose of tampons


MORE : Why this lockdown feels like the hardest one yet – and how to cope 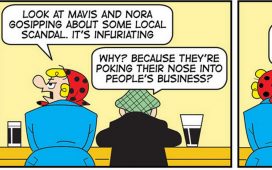 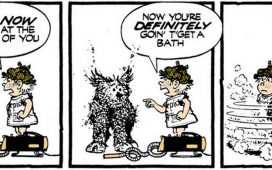 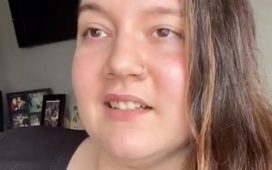