Country diary: worms lose their grip in a deadly tug-of-war


Mud: boot-sucking liquid earth, the winter hazard that country walk footpath guides never mention. And it looks like horses have welcomed every rambler who crossed this stile, surrounding it with a morass of water-filled hoof-holes.

Too far from home now to turn back, so I press on, sticking close to the hedge. And while I unburden my muddy boots on grass tussocks, a song thrush hops across the waterlogged field, just a few yards ahead. It pauses, cocks its head to one side, as if listening, then strikes and yanks an earthworm out of its burrow. It catches four more in quick succession, all driven to the surface by days of heavy rain.

This is a far cry from the tug-of-war between worm and thrush on summer lawns. The bird usually wins that contest, though if it’s prolonged, and the thrush slackens its grip for a moment, its prey sometimes survives, seizing the chance to retract into its tunnel.

Each segment of an earthworm’s body carries a pair of chaetae on each flank, tiny retractable bristles that grip the sides of the burrow. They’re too small to see without a magnifying glass, but put an earthworm on a sheet of stiff, smooth paper and you can hear them scratching the surface when it wriggles, struggling for grip.

When a cautious earthworm surfaces, it anchors its tail against the tunnel walls with its chaetae, so tenaciously that occasionally its body will snap if the thrush tugs hard enough, for long enough. But in this saturated topsoil the worm’s minute spines have about as much purchase on tunnel walls that are lined with liquid mud as my boots have on the squelching surface underfoot. A contest with a thrush has only one possible outcome.

Further along the path, among flattened mole hills at the bottom of the slope, another subterranean dweller had evidently been driven out of its flooded tunnels: water is gushing out of a mole’s exit hole.

When spring brings drier weather, moles and worms will return, aerating and draining the hollows in this grassland. By midsummer, it will be a sea of flowering grasses, but today my mud-caked boots grow heavier with every footstep.

READ  Mars warning: Life may exist in Red Planet caves - but it is NOT ‘place to escape Earth’
Share on FacebookShare on TwitterShare on PinterestShare on Reddit
newscabalJanuary 6, 2021 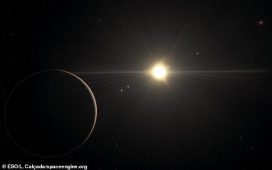 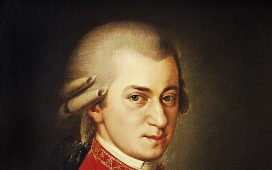 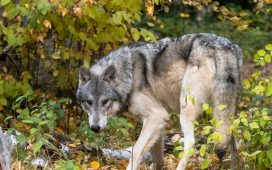 Did you solve it? Irresistibly small and intolerably cute