Professor Andrew Goddard, president of the Royal College of Physicians, said that the crisis underway in the south was likely to spread across the UK as Christmas infections cut through. He said “All hospitals that haven’t had the big pressures that they’ve had in the South East, and London and South Wales, should expect that it’s going to come their way. “This new variant is definitely more infectious and is spreading across the whole of the country.“It seems very likely that we are going to see more and more cases, wherever people work in the UK, and we need to be prepared for that.”

Professor Goddard said the current case figures are “fairly mild” compared to what is expected in a week’s time and that healthcare workers are “really worried” about the coming months.

With record levels of coronavirus patients in hospital in many areas already, one nurse described the “unbearable” conditions at the Whittington Hospital in north London where they worked.

Patients were being left in corridors, others were waiting three hours in ambulances before being admitted because of a lack of beds and staff were overstretched.

Some patients have had to wait three hours in ambulances before being admitted (Image: Getty)

The nurse, who spoke on condition of anonymity, said: “I’m worried about patient safety because if these little things are happening now when we’re short and it’s busy, it’s only going to get worse.

“I don’t know what else will happen – it worries me.”

And a junior A&E doctor was left “heartbroken” after a crowd of maskless revellers chanted “Covid is a hoax” as he ended his New Year’s Eve shift at St Thomas’ in London.

Yesterday a further 445 people have died within 28 days of testing positive for Covid-19 as of Saturday, bringing the UK total to 74,570.

As of 9am on Saturday, there had been a further 57,725 lab-confirmed cases of coronavirus in the UK – the fifth day in a row daily cases have been above 50,000

News of the variant – N501Y – has already led to Britain being put into quarantine by other nations, new 4 tier restrictions across swathes of Britain as well as widespread closures of primary and secondary schools after the Christmas break.

Boris Johnson initially justified the new restrictions after claiming that models suggested the new strain could be 70 percent more transmissible. This was later revised down.

However many leading experts have questioned whether the new variant was the main cause of the surge which is threatening to overwhelm hospitals.

Dr Thomas House, a member of the SPI M group which advises the government on pandemic modelling said there was still uncertainty surrounding the significance of the new variant.

Speaking in a personal capacity, Dr House, Reader in Mathematical Statistics, at the University of Manchester, said: “Many factors are likely to be behind the current in cases, including behaviour.

READ  The Guardian view on alcohol: drinking less is good for you | Editorial

“If people want to understand the reason for the new restrictions they should look at other factors such as this and the hospital capacity rather than a complex genetic based argument around transmissibility of a new variant.

“The new variant is real and it is something to watch but we still do not know how much more transmissible it is and it is not a key reason to explain the new lockdown measures.

“I worry that if we find the new variant is not significantly more transmissible this will do significant harm to future government messaging.”

He added: “No-one is sure how much more infectious the new variant is, and the public need to know about this uncertainty.

“Even if we had not had evidence of the new variant we would have needed to act at this time as the hospitals are becoming overwhelmed.

“We should treat people with respect and give them the facts.

“I am not happy with the way models like this on the new variant are used in public as they are highly technical often the uncertainties are not communicated – they are best used for planning tools for government and the NHS.

“I would rather we talked these things through verbally as a lot of damage can be done such as the unnecessary stopping of important work that is covid secure if results are misinterpreted.”

The current case figures are said to be ‘fairly mild’ compared to what is expected in a week’s time (Image: Getty )

Professor Carl Heneghan from the Oxford University Centre of Evidence Based Medicine said it was possible that the virus mutation could be explained by the policy of repeated lockdowns itself by putting evolutionary pressure on the virus to spread faster and he called on the government to set up an expert panel to examine this.

READ  Lung cancer symptoms: Six signs the disease is advanced and spread outside the lungs

He said: “Viruses mutate when they are finding it harder to get out there.

“Lockdown and social distancing could be causing this because as we come out of restrictions any virus which has a slight advantage will win due to the evolutionary pressure to survive.

“As we keep doing all of the lockdown we could be potentially prolonging the infection and ensuring any virus with a slight transmission advantage will emerge.”

Christian Drosten, a leading German virologist, said he expected the new strain was already in circulation in Germany, but added that he was “everything but worried” about the viral mutation at the moment.

Drosten said: “The question is: is this virus being boosted by a coming new wave in the region concerned [south-east England], or is this virus responsible for creating this wave in the first place? That’s an important difference.”

Drosten also highlighted that the variant does not seem to be showing similarly explosive growth anywhere else in the world that it has been detected such as the Netherlands.

“I am open to new scientific insights, and in science there are always surprises, but I am everything but worried in this respect,” he said.

In France, Vincent Enouf of the Institut Pasteur said there was no proven link between the new mutation and the more rapid spread of the virus in Britain.

“We’re told is it spreading faster in parts of the UK,” Enouf told France 2 television. “But is that the result of a super-spreader transmitting the virus, or of the new mutation? All of this still has to be verified.” 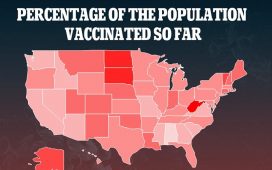 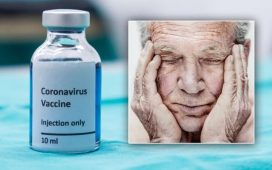 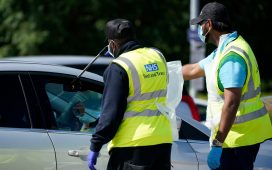 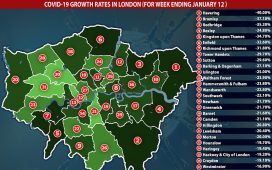