Coronavirus restrictions might have to return NEXT winter to combat virus, Chris Whitty warns


BRITAIN might have to reintroduce coronavirus measures NEXT winter to keep cases down, Professor Chris Whitty suggested tonight.

The Chief Medical Officer said he hoped not to have to put in place more rules, but the virus would not “go away” and would likely pose a problem next Christmas too.

Harsh coronavirus laws will be lifted over time, he said tonight. Boris Johnson has said that will begin when 13 million vulnerable people are vaccinated.

But he admitted the virus will not just disappear, and will mean some rules will have to return next winter, when bugs are more easy to spread.

He said tonight: “Things will be lifted stage by stage.

“We will then get, over time, to a point where people say this level of risk is one people will be able to tolerate and lift, right down to almost no restrictions at all.

“We might have to bring a few in in the next winter for example, that is possible, because winter will benefit the virus.

“But the aim of this is to de-risk it as much as possible with the vaccine, so we get to the stage where the risk is incredibly low.”

Professor Whitty said he hopes that the nation can get Covid to a level where the country can deal with – but said that some people will continue to die of it every year like flu.

“That is a political decision, a societal decision. We can with the vaccine get the risk down and down.”

But the coronavirus is “not going to go away”, he added.

“We shouldn’t kid ourselves that this just disappears in Spring.

“We just need to keep an open mind about that.”

He promised that any rules would not be on the same scale as now – with lockdowns, masks and social distancing across the nation.

It came as Mr Johnson revealed today that 1.3million people have now had the Covid vaccine – with a quarter of all those over 80 having received their first dose.

The PM promised today daily updates on the number of people who have had the vaccine to keep the nation in the loop on the fight against the virus.

He attempted to reassure Brits that his plan to vaccinate everyone was on track, just hours after he ordered everyone to stay at home.

He told Sky News: “We can’t predict with certainty that we will be able to lift restrictions in the week commencing February 15-22.

“What we will be doing is everything that we can to make sure that as many people as possible are vaccinated, so that we can begin to progressively lift restrictions.

“I think it is right to say that as we enter March we should be able to lift some of these restrictions but not necessarily all.”

Restrictions won’t all be lifted at once, with them “progressively” loosened, he added.

Speaking this evening, the PM promised that the Government’s new strategy to give out as many first doses as possible was the right one – and would save lives.

He said: “With Pfizer and Oxford/AstraZeneca combined – as of this afternoon – we have now vaccinated over 1.1 million people in England and over 1.3 million across the UK.

“And that means that nearly 1 in 4 of one of the most vulnerable groups will have in 2 to 3 weeks – all of them – a significant degree of immunity.”

He said that it was vital to consider the importance of the huge progress so far.

The average age of Covid fatalities is in the 80s, he added.

He appeared alongside Chris Whitty and Patrick Vallance this evening, who revealed that one in fifty people now have Covid – more than one million Brits.

In England alone, some 27,000 people are in hospital with COVID, 40% more than during the first peak in April.

Boris has promised to get jabs to the 13million most vulnerable people in Britain by the middle of February.

1.3m have had Covid vaccine including quarter of all over 80s, PM reveals

It will start with people in care homes, followed by all those over 80, then more NHS workers.

After that the over 75s will get the jab, and then those who are clinically extremely vulnerable and who have had to shield. 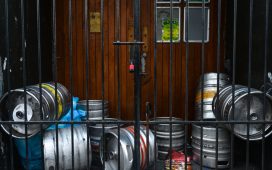 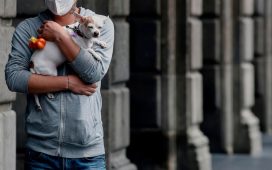 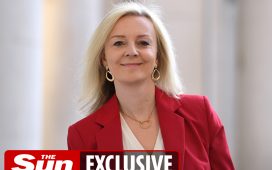