JAKARTA – Indonesian police have arrested five people who allegedly instigated others to commit arson and looting as the poor grapple with declining income due to the coronavirus pandemic.

Police said over the weekend that the five arrested on Friday (April 10) are part of a group of people orchestrating planned chaos on April 18 in several cities across Java.

As of Saturday, 81 per cent of the confirmed Covid-19 cases in the country were from Java, the country’s most populous island.

The group calls itself Anarko Sindikalis, or anarchic unionists. They have spray painted electrical poles, walls with messages that say: We are in Crisis. Let’s Burn; Kill the Rich; and Fight or Die for Nothing.

“They are not happy with the policies taken by the government and tried to take advantage of the current situation where a lot of people are feeling anxious,” Jakarta police chief Inspector general Nana Sudjana said in a live broadcast on the police Instagram’s account over the weekend.

Four of the individuals arrested are aged 18 to 21, while police have not provided details on the fifth. Under Indonesia’s Criminal Code, they face a maximum 10-year jail term if later convicted by a court.

Four of them were arrested in Tangerang, a satellite town outside Jakarta, and the fifth in another satellite town, Bekasi, on Friday by a joint police operation between Jakarta and Tangerang police.

Three of the four arrested in Tangerang were having drinks at Cafe Egalitarian, which police believe to be the venue where they made plans for their acts of vandalism.

They vandalised at least four locations in Tangerang, by spray painting public walls and sidewalks with provocative messages, police said, adding that the culprits are pro anti-establishment.

Among the evidence confiscated were books on anarchism and unionism. Further investigation is under way into who else is involved in the movement.

Meanwhile, Jakarta is set to be joined by five adjacent cities and regencies this week in enforcing tough social distancing measures, which include a ban on gatherings of more than five people, a reduction in the number of passengers in a private vehicle to half its capacity and no dining-in at restaurants.

The five places include Bekasi, Bogor and Depok. On Friday, police, soldiers and public order officers took to the streets of Jakarta to enforce the just-announced semi-lockdown, locally termed as large scale social distancing measures, as the capital grappled with surging infections and deaths from Covid-19.

Those breaching the rules face a fine of up to 100 million rupiah (S$9,000) and up to one year in prison. Motorcycle taxis can still operate to deliver food and goods, but passenger rides are prohibited. Anyone venturing out for essential purposes must wear a mask, and residents are otherwise required to stay home.

The world’s fourth-most populous country of nearly 270 million on Saturday registered another 21 deaths within the past 24 hours, bringing the total number of fatalities to 327 – the highest across South-east Asia.

Jakarta accounts for around half the national total with 159 dead and 1,948 infected. On Saturday, the city of around 10 million recorded five more deaths and 196 new cases. 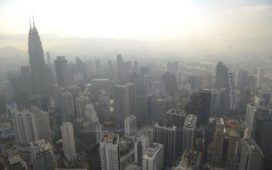 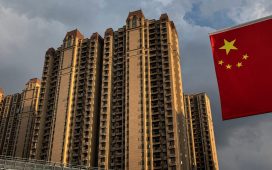 Top Stories this AM: Asian markets drift down over Evergrande – Business Insider 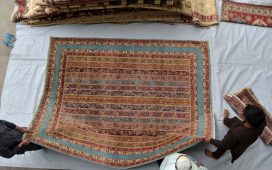 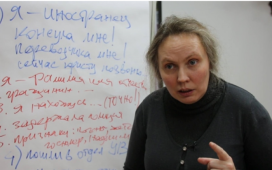 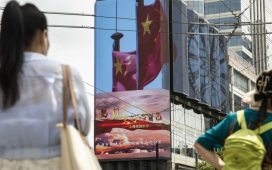