It’s a better story in Queensland where there are no new cases of the virus to report. The state, which has introduced hard borders with other states, has nine active cases. In total 1,091 people have contracted Covid-19 during the pandemic, six of them fatally.

It comes after an alarming report from Guardian Australia yesterday, with disturbing new images showed ants crawling from a wound on the leg of a 95-year-old Kalyna Aged Care resident in Delahey. Staff brought in to run the nursing home reported residents hadn’t received food or water for 18 hours and finding faeces on the floor.

After sending in public hospital nurses to Glenlyn Aged Care in Fitzroy, Florence Aged Care in Altona North and Kalyna Aged Care, the premier on Saturday said the government was ready to take over more sites if needed.

“I can’t rule out that we will add to that list,” he told reporters in Melbourne.

“If we are asked to step in then that is exactly what we do.

“That’s all about making sure residents get the best care.”

Andrews made a point of highlighting that of 2041 active cases in Victorian aged care settings, 2036 cases were linked to the private system and just five to the public sector.

This morning on the ABC’s Insiders program, federal Labor frontbencher Bill Shorten said he believes the faultlines seen in aged care during the coronavirus pandemic stem from centres trying to make a profit, while caring for older people is not cheap.

“We need to put people before profit,” he said.

The total number of Covid-19 deaths associated with the Victorian aged care sector is 184, which is 63 per cent of a total 293 Victorian deaths.

Andrews’s emphasis on the public-private breakdown of cases followed Prime Minister Scott Morrison’s refusal on Friday to take ultimate blame for failures in the federally-regulated sector.

Morrison speaking on 2GB radio on Saturday reiterated his view that while there had been failings, aged care outbreaks in Victoria would not exist without rampant community transmission.

The Australian state of Victoria has reported 279 new cases of the virus in the last 24 hours, and another 16 fatalities. The health department has released the figures ahead of a full press conference later this afternoon.

The Australian government has put extreme limits on citizens and residents wanting to leave the country, causing extreme distress for people wanting to reunite with family or rush to be with sick relatives.

According to a report in Nine newspapers this morning, federal MPs are starting to question it.

The Australian Border Force website lists the following reasons someone can give to apply for an exit permit.

The ABF said just 22,640 people had been given permission to leave, between late March and the end of June, out of 91,950 applications.

“It puts us on par with North Korea, in terms of, are we now a prison state, that unless you can justify yourself to the department, you cannot leave the country?” said independent MP Zali Steggall, who added she’d been inundated with calls from constituents.

“This is an extreme measure for extreme times but it cannot be something we contemplate keeping in place for the long term,” Liberal MP Dave Sharma said.

Australia’s border restrictions to control the spread of the virus are among the toughest in the world. Like some other nations it has banned the entry of anyone except citizens and permanent residents, who are struggling to get flights because of caps on international arrivals. Arrivals must also undergo compulsory 14 days quarantine on arrival, and there are also internal state border closures and restrictions.

From Reuters in Trinidad and Tobago, where the government are about to bring in tougher anti-virus measures after the number of infections increased this month.

The Caribbean nation registered a jump in Covid-19 cases in August after a gradual rise in July, and has now recorded 474 cases and ten fatalities. Two of the deaths were reported on Friday.

“Given how the virus has been behaving in other populations worldwide… we expect that we will be able to control the level of infection in a situation where our parallel (health) system would be able to cope,” Prime Minister Keith Rowley told reporters.

The new measures, which will go into effect on Monday and last 28 days, include the closure of beaches and places of worship, as well as a ban on dining at restaurants and bars.

No more than five people will be able to gather at a time, and schools will no longer re-open in September as planned. As well, the Attorney General will consider legislation to make face masks mandatory.

“The time for persuasion has now passed and we will take such action,” Rowley said

AAP: Australia’s federal health minister Greg Hunt is cautiously optimistic that a vaccine to conquer the coronavirus will be available next year.

Hunt says the government is close to striking a deal which would permit the production of a vaccine in Australia, but was unable to provide the names of the companies involved due to contractual reasons.

“We are in advanced negotiations with a range of different companies with regards to a vaccine,” Hunt told Sky News’ Sunday Agenda.

“I am now on the basis of our best advice genuinely more optimistic, I think the work is moving closer to a vaccine.’

He said very significant progress is being made around the world to produce a vaccine.

“All our advice has been 2021 is the most likely anything that occur,” he said.

“Before then, then that would be an outstanding result, not just for Australia but for the world.”

Hello and welcome to our continuing coverage of the coronavirus pandemic. This is Helen Davidson in Sydney here to take you through the next few hours.

First, a look at the most recent developments: 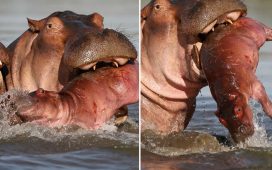 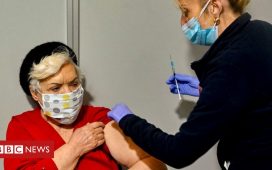 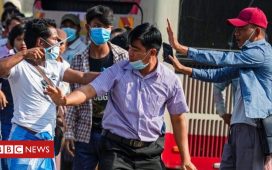