Foreign ministry spokesman Wang Wenbin said China had decided to follow the example of dozens of countries that introduced bans following the emergence of a new, apparently more transmissible, variant of the virus. There are currently eight weekly flights between mainland China and Britain, including two by British Airways.

Late on Thursday, Hong Kong announced it had extended mandatory hotel quarantine from 14 to 21 days for all overseas arrivals, after announcing it for UK arrivals earlier this week. Some UK travellers discovered the new measures only upon their arrival, reported RTHK.

The government also banned the entry of anyone who had been in South Africa for more than two hours in the past 21 days, amid concerns about a fresh variant there.

“[The new measures are] required to ensure that even if the incubation period of the virus exceeds 14 days in a very rare case, it will not become a fish that slips through the net,” a government spokesman told South China Morning Post.

In South Korea on Friday, the prime minister, Chung Sye-kyun, said a record 1,241 new coronavirus cases were reported on Thursday and urged authorities to respond “strictly” to violations of social distancing rules.

Chung said there were still many places that were not following lockdown rules, with some restaurants and bars serving guests after 9pm despite locking their doors and switching off signs, Yonhap reported.

“A vast majority of the nation is faithfully adhering to the government’s antivirus measures despite the inconvenience and pain they entail, but if a few cheat for their own gains it is difficult to expect results from participating in the antivirus measures,” he said.

Chung said there was a large outbreak at the Dongbu detention center in eastern Seoul and urged all public servants to adhere to Covid rules during Christmas and new year holidays in the last step to a “spring of hope”. South Korea has recorded more than 53,000 cases and 750 deaths.

In Italy, Pope Francis celebrated Christmas eve mass in St Peter’s Basilica in front of fewer than 200 masked faithful, mostly Vatican employees. The mass, traditionally held at midnight, had been moved to 7.30pm to meet curfew rules in Italy, the hardest hit country in Europe.

In his homily, the Argentinean pope stressed that the birth of a child reminds us not to spend our days “lamenting our lots, but soothing the tears of those who suffer”, serving the poor.

On Christmas day, Francis will send his message by video from the apostolic palace, to prevent a crowd from gathering in St Peter’s Square.

In Bethlehem, where Christians believe Jesus was born, was preparing for a Christmas unlike any in its recent history. The Christmas Eve mass at the Church of the Nativity is traditionally the highlight of a holiday season that attracts hundreds of thousands of visitors. But this year the mass will be closed to the public and broadcast online, with only clergy and select individuals allowed inside the basilica, which was sterilised on Thursday.

In war-ravaged northeast Syria, hundreds of residents of a predominantly Christian neighbourhood in the town of Qamishli ditched face masks and pulled on Santa hats for a Christmas tree lighting ceremony.

Attendee Maria Danhou said: “We were concerned celebrations would be cancelled this year due to the novel coronavirus, but as you can see everyone is here celebrating and we are happy.”

Germany was forced to cancel its famous Christmas markets, while in Kuwait, churches serving its large Christian community were closed until 10 January.

In the Catholic-majority Philippines, some are choosing to spend the holidays alone because of the risk of catching the virus on public transport, as well as quarantine rules making travelling time consuming and expensive.

“I am ordering food in, re-watching old movies, and catching up with my family by video,” said Kim Patria, 31, who lives alone in Manila.

Britons, meanwhile, were cut off from swathes of the world, due to the emergence of a new Covid-19 variant.

Some UK border restrictions have been temporarily relaxed for the holidays, but thousands from other European countries are still stranded in England. “Home for Christmas? Forget it,” said Laurent Beghin, a French truck driver who delivered his cargo but was still stuck days later.

For now, Sydney in Australia still plans to ring in 2021 with its famous Harbour Bridge fireworks display, with New South Wales state Premier Gladys Berejiklian pledging the seven-minute spectacle will go ahead “no matter what”.

However, the premier urged Sydneysiders to avoid the traditional Boxing Day sales rush in the city centre. She said: “We know this is not the easiest message to give to those retailers but we want to discourage people from going to the CBD tomorrow. If you’re going shopping in the CBD, make sure you wear a mask.” 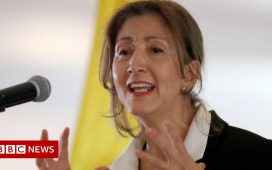 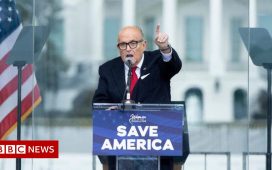 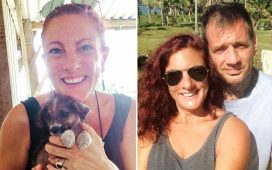 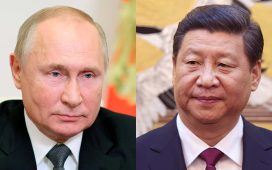