Former President, Olusegun Obasanjo has recounted how the Coronavirus that has broken out in many countries of the world affected the events lined up for his 83rd birthday.

Speaking at the event, Obasanjo said a round-table earlier slated for Tuesday and Wednesday was shelved because of Coronavirus.

The former President said African leaders like the former Liberian President, Johnson Sirleaf; former Sierra Leonean President, Ernest Bai Koroma and former Ethiopian Prime Minister, Hailemariam Desalegn, who would have spoken about ‘The Asian Aspiration’ on Tuesday and Wednesday, could not attend the event because of the virus.

Obasanjo said Ernest Bai Koroma, was to speak on Pan Africanism today, saying, however, that scholars from Nigerian universities have done justice to the topic.

In his words, the Governor of Ogun State, Prince Dapo Abiodun, described Obasanjo as a reputable leader, who has served Nigeria and Africa with his entire life.

While congratulating Obasanjo on behalf of the government and the good people of Ogun State, Abiodun said he would love to live long like the Balogun Owu, serving God and humanity.

See also  Nigerian journalist accused of terrorism freed on bail
Share on FacebookShare on TwitterShare on PinterestShare on Reddit
newscabalMarch 5, 2020 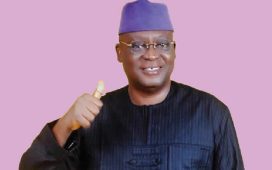 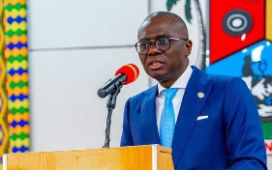