NEWSCABAL
Home » Cop shoots dead own daughter, 6, after firing gun during boozy row to try and scare his wife
world

Cop shoots dead own daughter, 6, after firing gun during boozy row to try and scare his wife


A COP shot dead his six-year-old daughter after firing a gun during a boozy row to try and scare his wife.

Juan Ramon Herrera, 34, was arrested following the incident at his home in the town of Virrey del Pino in the province of Buenos Aires, Argentina, yesterday.

According to police, Herrera had been consuming alcoholic drinks inside the property, where he lived with his daughter Victoria and his 29-year-old wife Natalia Analia Bergamaschi.

It is believed an argument broke out between the couple and Herrera reportedly grabbed his work gun, firing a shot at the ground to intimidate his wife.

But the bullet bounced off the floor and hit his daughter Victoria in the abdomen, police said.

The girl was taken to the local Domingo Roca Health Centre, but by the time she arrived, she had succumbed to her injuries and was pronounced dead, Diario Hoy reports.

Herrera, who is believed to have been drunk at the time of the incident, has been arrested for homicide and suspended from work.

The cop, from the city of Salta in north-western Argentina, has since said that he never intended to harm his daughter.

There had been no previous complaints of violence against him.

Herrera married Ms Bergamaschi in 2016 and regularly posted photos of his daughter on social media.

A 2015 Facebook post showed a tattoo on his back of his daughter’s footprints with her name written above them.

Herrara’s wife is also a cop and worked in the same force as her husband – but at a different police station.

Police launch desperate hunt for teen, 17, after she disappeared 2 weeks ago

It is not clear if Ms Bergamaschi was Victoria’s biological mum.

According to reports, she has two other daughters from a previous relationship.

The case is being investigated.

How you can get help 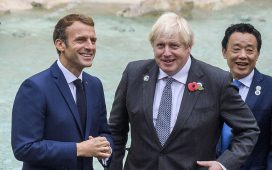 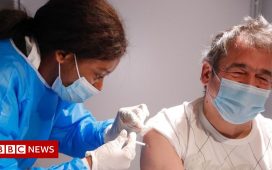 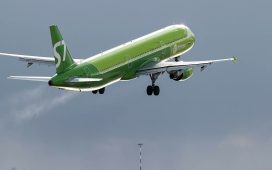 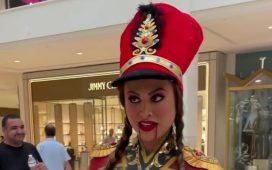 Playboy model in in nutcracker outfit is kicked out of shopping centre … but can you spot why?