The new year’s eve demolition of Asher Club and Bar in Kaduna by the authorities of the state government over a planned sex party has sparked anger and commendation alike from some Nigerians and organizations.

The building ,located on Kachia Road, Sabon Tasha, Kaduna,was brought down by caterpillars of the Kaduna  State Urban Planning and Development  Authority (KASUPDA) following   publicity on social media about the sex party.

According to KASUPDA,the party showcased “ a high level immorality that negates our Socio-Cultural, Religious and Traditional values/ beliefs.”

“This act of immorality,” it said on Twitter, “ is partly the reason why we are bedeviled with security challenges in our dear State.”

It said Governor Nasiru El-Rufa’i  “in his proactive Leadership Style ordered the immediate arrest of the Organizers and KASUPDA to Demolish the Structure to forestall a reoccurrence, serve as a deterrent to such other Clubs that may or are intending to host similar or same event to desist and ensure they operate within the ambit of the Law.”

It vowed to ensure that  “we have a serene, sane and decent environment and will not hesitate to deal decisively with any  individual or group tries to engage in any act that expose our citizens to moral decadence.”

The  KASUPDA tweet drew instant reactions from different quarters with some Nigerians denouncing the action as jungle justice.

But the Supreme Council for Shariah in Nigeria, hailed the state government for moving against the ‘satanic sex party.’

It attributed the current security challenge in the country to “immoral acts like the ‘Satanic’ sex party.”

A Nigerian @immakogwu  said: “What happens to our justice system? Why not charge this to the courts to adjudicate and punish if found guilty of contravening an extant law. In as much as I do not support a sex party, I would boldly condemn this act of jungle justice. Why then do we condemn Boko Haram?”

Another critic @foseeorara  said: “What specific law was contravened by announcing to hold a sex party in Kaduna? Is having sex illegal? Or the announcement of it? That an act is socially repugnant or reprehensible does not make it a crime. My goodness, what’s happening in Nigeria?!!!

Yet another critic @realOkhism  said: “No charges, just demolish a building without charges, no guilty verdict and your excellent leader wants to be president, a great dictator leader in the making.”

Rabiu Khalid @DukeofAbuja1 tweeted: “This is wrong though. The alleged crime wasn’t committed, why are you now destroying the property?”

Noah Nwosu @NoahNwosu75 said: “This is jungle justice? I thought this was a democracy. Kaduna state govt should have gone to the courts to seek redress. It wasn’t this bad when we were under the military. The level of intolerance in the north under Buhari is scary. The hotel management should sue for damages & loss of income.”

However,the  Supreme Council for Shariah in Nigeria, threw its weight behind the Kaduna State Government on the matter.

The Shariah Council in a statement by its Kaduna State chapter Chairman, Engr. AbdurRahman Hassan said  the current spate of bloodletting brought about by  banditry, kidnapping, armed robbery, and other vices is caused by immoral acts like the ‘Satanic’ sex party.

Its words: “Allah (SWT) stated categorically in Suratul Hajj verse 41, thus: ‘Those who, when We empower them in the land, observe prayer, and give regular charity, and command what is right, and forbid what is wrong. To Allah belongs the outcome of events.’

“In line with this verse, the Council as an advocate of moral and social values commends the steps taken by the Kaduna State Government on the arrest of the organizers of the Satanic so called “Kaduna Sex Party” and the demolition of Asher Hotel at Barnawa, Kaduna.

“No doubt this kind of illicit act is one of the ingredients that is fueling the wrath of Allah (SWT) that we are inflicted with currently.

“The current merciless bloodletting through banditry, kidnappings, armed robbery, and host of other vices, are as a result of our derailment from ideal moral and cultural values.

“While we commend the Kaduna State Government for this commendable act, we also call on the government to scan for such places where illicit acts are perpetrated in the state, such as ‘Ajagunle’ area, off Maiduguri Road, in Kaduna North Local Government, where ‘Nude’ clubs do exist.

“May Allah strengthen our leaders to do right, may He protect our Imaan,” said Shariah Council.

READ  Boko Haram is broken, but not finished
Share on FacebookShare on TwitterShare on PinterestShare on Reddit
newscabalJanuary 2, 2021 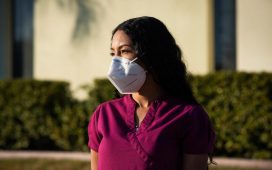 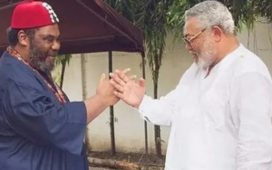 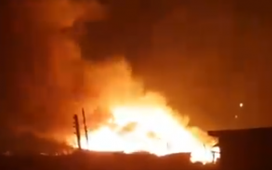 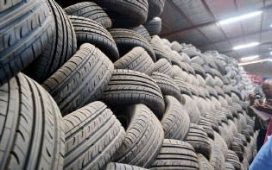