Survivors of a recent major attack by Islamist insurgents in Mozambique have told Amnesty International that private military contractors prioritised for evacuation white workers as the extremists closed in during days of confused fighting.

An estimated 220 civilians sought refuge in the Amarula hotel in Palma, in the northern province of Cabo Delgado, during the attack in late March.

Twenty white contractors were prioritised to be airlifted to safety while the others, mainly black local people or citizens of Mozambique, were abandoned to take their chances, the campaign group said in a report published on Thursday which alleges that “racial discrimination jeopardised rescue efforts”.

The insurgency in the far north of Mozambique’s, which started four years ago, has killed thousands of people and displaced almost half a million. A series of increasingly sophisticated attacks culminated in the assault on Palma.

The attack started on 24 March and prompted tens of thousands of people to flee. Eyewitnesses described beheadings and mass abductions as the extremists ran rampage through the small port town.

Palma is a base for many foreign contractors who have been working for a multibillion-dollar liquified natural gas project run by the French energy company Total.

Amnesty said it had based its conclusions on the statements of dozens of witnesses.

“Witnesses told us of racial discrimination in decisions about who to evacuate from the Amarula hotel … with white contractors obviously receiving preferential treatment,” said, Deprose Muchena, Amnesty’s regional director for east and southern Africa.

“Despite similar previous attacks by al-Shabaab, this is the first instance we are aware of a rescue mission being attempted, and it was only when white contractors were deemed to be at risk.”

Muchena blamed the “total lack of coordination between the Mozambique security forces and Dyck Advisory Group (DAG)”, a private company which undertook the helicopter evacuations” for the prioritisation of white contractors and called for a thorough investigation.

Amnesty interviewed 11 people who sought refuge in the Amarula hotel. They all said that the hotel manager and DAG operatives, who were in charge of the rescue attempt, prioritised the safety of white contractors.

The DAG’s operations in Cabo Delgado have been controversial. The company has been praised for successfully rescuing dozens during the Palma attack with light helicopters, despite coming under fire, but also criticised for tactics used against insurgents.

Mozambique’s security forces fled in the first hours of the attack on the town and subsequently appeared unable to mount any rescue missions or retake the town during several days of desultory fighting. Most of the thousands who fled the attack were eventually evacuated by sea.

Survivors at the hotel initially understood there was a plan to prioritise the helicopter evacuation of women, children, and people with disabilities, but that plan was apparently abandoned, Amnesty said.

When it appeared there was no chance of a rescue by helicopter, some of those still at the hotel decided to risk an escape attempt by road but were almost immediately ambushed by insurgents. An unknown number of people, possibly dozens, were killed.

One survivor of the escape attempt said insurgents had broken up the surface of the road to a nearby beach to prevent passage.

“They shot at our car, [it] flipped over. I was injured … We left the road and stayed in the woods for six days, without eating or drinking water. We managed to get to the beach and catch a boat to go to Afungi, where we got help,” the witness said.

Security sources told the Guardian that insurgents had infiltrated the area around the town before that attack, hiding weaponry in caches. Many were disguised as community members and some wore army or police uniforms.

Government infrastructure in the town was targeted systematically. The local police station and military base were overrun and destroyed and at least two banks were raided, local security sources said.

Amnesty said evidence suggested there was a disagreement between Mozambique’s security forces and the DAG over responsibility for rescuing people.

The country’s defence minister told Amnesty it could only speak about rescue missions that its own forces had conducted in Cabo Delgado, and that race was not a factor in their response.

The DAG did not respond to emailed questions from the Guardian.

The recent successes of the insurgents in Mozambique have prompted global fears of a new extremist Islamist enclave in southern Africa.

The group remains in control of much of the port of Mocimboa da Praia, 50 miles south of Palma, which it seized last year.

Factions affiliated to Islamic State and al-Qaida have grown in strength across the continent in recent years, one of the few regions of the world where both have expanded. 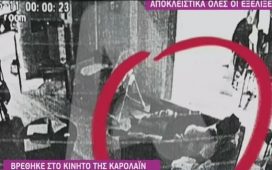 ‘We didn’t want it named after a person’: how residents of Cecil Rhodes House feel about its new name 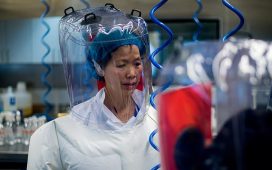 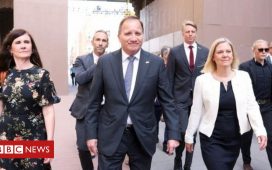 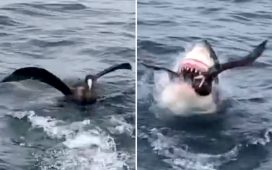