The Coalition insists it is progressing new laws to crack down on dodgy payday lenders as consumer advocacy groups warn ongoing delays will see more vulnerable people exposed to the unethical practices of the sector.

An alliance of consumer groups has begun a fresh push in Canberra to force the government to introduce laws that it promised in response to a 2016 review of small amount credit contract laws targeted at lenders who profit from short-term high-interest loans, such as Cash Converters.

The Coalition released exposure draft legislation to increase protections for vulnerable consumers in 2017 promising that the bill would be introduced by the end of the year, but failed to do so.

The ongoing delays are frustrating consumer groups who warn that without the laws, the predatory behaviour of the sector continues unchecked, forcing vulnerable people into a debt spiral.

A recent report from the Financial Services Ombudsman criticised the “unacceptable” behaviour of some payday lenders after a 130% rise in complaints about the sector.

Payday lenders often target vulnerable people on lower incomes who need quick access to cash, with interest rates as high as 800% for consumer leases, or rent to buy schemes.

Gerard Brody, the chief executive of the Consumer Action Law Centre, said the delays to the new laws were “inexcusable”.

“This is a significant issue that the government has known about for a long time and it affects so many people in the community and often those in very vulnerable circumstances,” Brody said.

“Our response to the Review of the Small Amount Credit Contract Laws supported the vast majority of the Review’s recommendations, including caps on charges and borrowing amounts,” Sukkar said.

He said the government was currently considering public submissions to consultation on the reforms to SACCs and consumer leases following the review, but was “committed to progressing these important reforms which will ultimately improve the accountability of financial product issuers and improve outcomes for consumers”.

“We recognise the need for reform in these areas and that reforms must strike the right balance in enhancing consumer protection, while also ensuring these products and services can continue to fulfil an important role in the economy,” Sukkar said.

Brody said the government had claimed they were progressing the reforms “for the last three years”.

Labor’s financial services shadow, Stephen Jones, said it had been more than a thousand days since the government promised to take action on payday lending, and accused the government of burying the legislation.

“They are the champions of payday lenders and have zero interest in defending vulnerable consumers,” Jones said.

“Dodgy lenders continue to take advantage of vulnerable Australians … and Labor make no apologies for holding the government to account for their inaction.”

The legislation proposed by the government would introduce a cap on the total payments of a consumer lease and legislate to ensure that no more than 10% of a consumer’s income would be spent on loan repayments.

Last year, it was reported that a clutch of MPs were leading a revolt against the laws, arguing that they went too far.

The Nationals MP George Christensen was one of those opposed to the crackdown, saying the industry played an important role for those who were “desperate” for financial help.

When Morrison was asked in parliament last year about his support for the alleged backbench revolt, the then treasurer said the story was “false”.

“This government is very concerned about the impacts of people on low incomes to ensure they do not get themselves into greater difficulty,” he said. 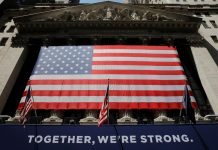 Johnson struggles to draw a line under Cummings row 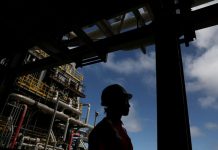 Greggs to reopen 800 stores from mid-June