Conor McGregor’s £2million Dublin pub was attacked with petrol bombs overnight hours after it is believed the UFC star was at the venue.

Police are investigating the attack – possibly carried out by two men on scooters – at the Black Forge Inn pub. They are also probing claims pipe bombs were left at the scene.

McGregor, 33, who is from Dublin, bought the venue on Drimnagh Road in Crumlin, a southern suburb of the Irish capital, in 2019.

Gardai today appealed for witnesses and dashcam footage recorded near the pub overnight but said there was no damage to the venue, which was closed.

Sources today told Dublin Live two men were seen on scooters near the pub before the alleged attempted bombing.

It is possible the attackers thought McGregor, who held a taste testing event at the venue last night, was inside the stylish bar at the time. 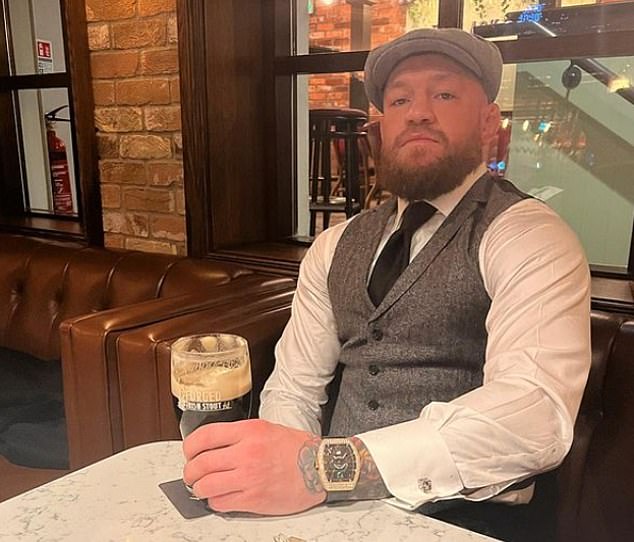 Conor McGregor’s £2million Dublin pub, the Black Forge Inn, was attacked with petrol bombs overnight hours after the UFC star was at the venue, according to social media posts which showed him at the pub last night 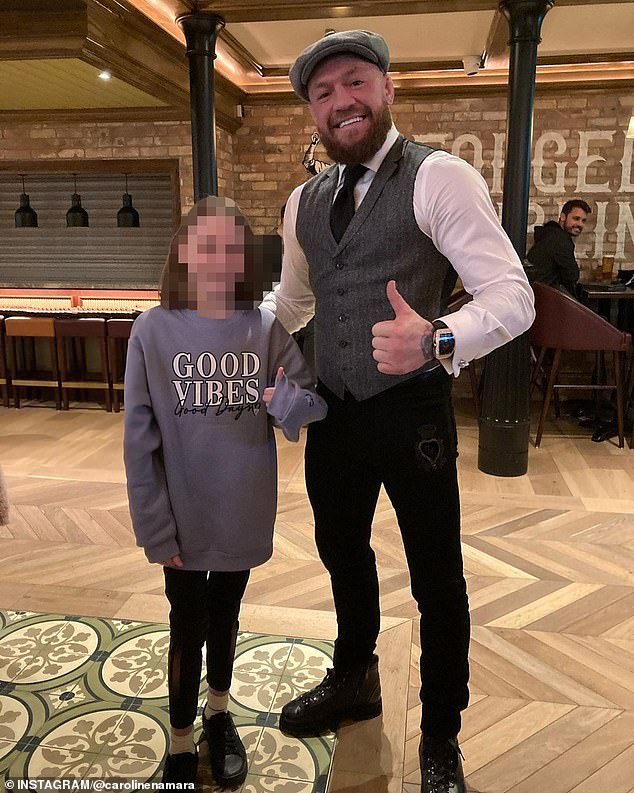 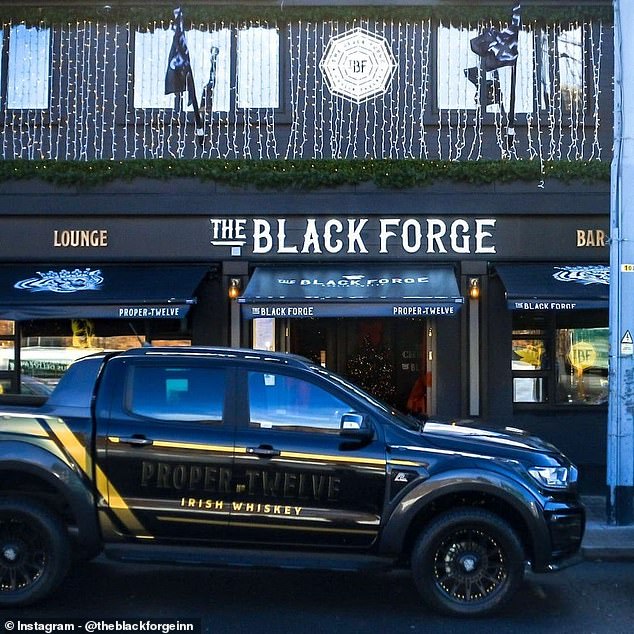 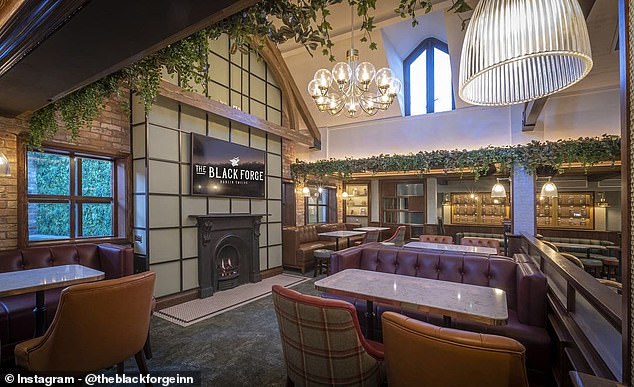 McGregor, who is from Dublin, bought the venue on Drimnagh Road in Crumlin, a southern suburb of the Irish capital, in 2019

Sources told the Irish outlet: ‘There was two people allegedly spotted on scooters who passed the establishment at the time and next thing they were being chased by two others who had come out of the property.

‘McGregor had been holding a taste testing menu in the pub at the same time so the alleged attackers may have assumed he was inside.’

It is not yet clear why the Black Forge Inn was targeted in last night’s alleged attack but it is possibly related to 2017 pub brawl involving McGregor and an associate of a major Irish crime gang.

McGregor punched the relative of Graham ‘The Wig’ Whelan who is a senior member of the feared Kinahan drugs cartel, sparking fears of recriminations.

The Kinahan mob are believed to be the biggest importers of cocaine in Ireland and have been involved in a vicious feud with members of the rival Hutch gang, which has so far claimed 11 lives.

Members of the Crumlin-based Kinahan mob have also been engaged in a separate feud involving another gang in Drimnagh which has claimed a further 16 lives.

The Black Forge Inn boasts on its website that it will ‘lead the way in entertainment in Dublin Twelve’ and that it will host iconic events at our premium venue’.

The swanky interior combines traditional pub with a restaurant – and a menu that includes a £15 beef burger and a prime Irish fillet steak for £30.

The mixed martial artist, who is a former Ultimate Fighting Championship (UFC) featherweight and lightweight double-champion, now has a burgeoning business portfolio.

As well as the Black Forge Inn, McGregor owns The Marble Arch in Drimnagh. 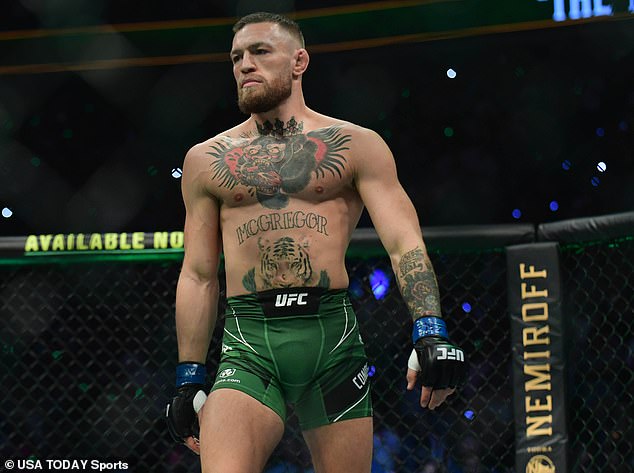 Mixed martial artist McGregor, who is a former Ultimate Fighting Championship (UFC) featherweight and lightweight double-champion, now has a burgeoning business portfolio that includes the Black Forge Inn and several other companies 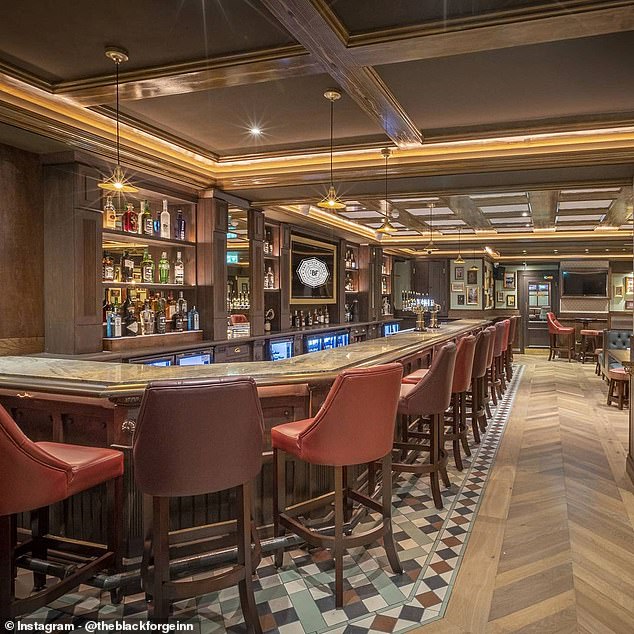 McGregor owns the Black Forge alongside The Marble Arch in Drimnagh and several other businesses including sports recovery spray Tidl, a fashion line with David August and fitness app ‘McGregor Fast’ 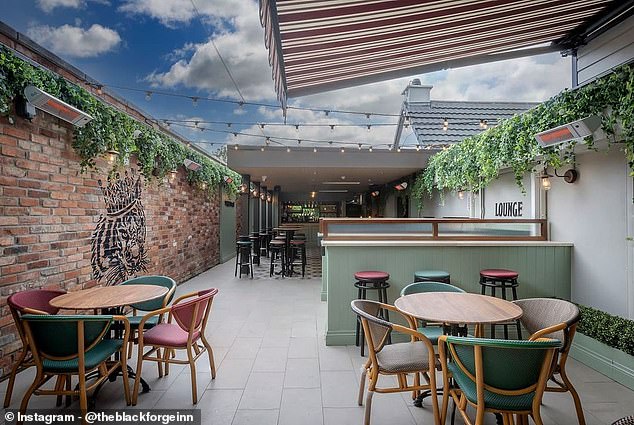 ‘No damage was done to the premises. Gardai are appealing for witnesses in relation to this incident is asked to contact Gardai.’

‘Gardai are particularly keen for anyone with camera footage from the area overnight to make this available to them. 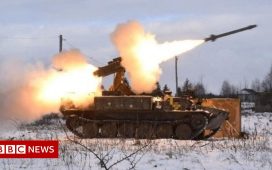 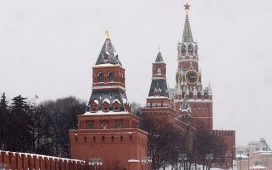 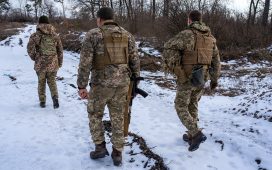