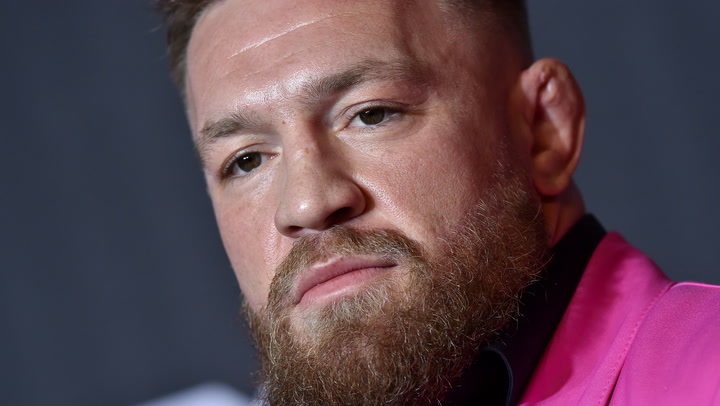 Conor McGregor has denied suggestions he was at “death’s door” when fighting at 145lbs during the early stages of his career.

The Irish star is a two-weight champion having fought at 145lbs and 155lbs in the early stages of his career when he became the first man to simultaneously hold both UFC title belts.

He has recently claimed he weighs at 190lbs as his recovery from a broken leg suffered at UFC 264 against Dustin Poirier continues.

McGregor issued a response to a claim from a fan that his weight was concerning during the early stages of his career pointing out his meteoric rise through the division.

The Irishman posted on Twitter : “Deaths door? That’s your side. I never missed weight or pulled out once! And I ran through the division in the process.

“Finishing with the fastest KO ever in a UFC world title fight. My weight rise was done flawlessly. We will disagree on legacy yes. As his one is already toast.”

McGregor went through a meteoric rise at featherweight going eight fights unbeaten on his way to becoming world champion against Jose Aldo.

He dismantled the Brazilian in 13 seconds to complete his total domination of the division, defeating the likes of Max Holloway and Poirier on his journey.

The Irish star then raised his weight to 170lbs making an astonishing 25lb weight gain where he was defeated by Nate Diaz in their opening match-up.

He later avenged his defeat at welterweight conquering Diaz on a points decision after an epic battle later that year.

A 15lbs weight cut was then agreed by McGregor and his team that took him into the lightweight division, where he became the first man to hold two belts simultaneously with a historic victory over Eddie Alvarez.

This cemented his legacy at 155lbs where he currently fights but has faced a rapid decline having lost to Khabib Nurmagomedov and Poirier twice since becoming double-champion in 2016.

His only victory came against Donald Cerrone in 2020 within the opening round which sparked a furious comeback bid.

What weight do you think Conor McGregor fought best during his UFC career? Let us know in the comments section below

McGregor now claims to weigh 190lbs after images emerged of his new ripped physique which he walked around with during light boxing training.

The 33-year-old previously claimed he believes he would be successful at middleweight due to the “smaller” stature of some of the current fighters in the division.

However his principal focus will remain on a revival at 155lbs where he has slid down to ninth position in the UFC rankings behind the likes of contenders Islam Makhachev and Michael Chandler.

Upon his return McGregor has warned he could face a “different landscape” after a noticeable decline in his recent performances.

“It’s going to matter who Conor fights,” Sonnen said on his YouTube channel. “Very much so.

“Conor cannot be expected to return better than he left, that would defy every rule of basic logic that every human being has.

“You don’t get better at something by not doing it, not practicing it, being forced on the sidelines by an injury.

“So if you try to put him back in there in a very meaningful fight against any of the top guys we’re asking too much and we’re going to make Conor a victim of his own success.”