NEWSCABAL
Home » Congressman Jamie Raskin: ‘I’ll never forget the terrible sound of them trying to barrel into the chamber’
world


He spent 5 January at a graveside service for his son, Tommy, who had taken his own life after years shadowed by depression. He spent 6 January under siege at the US Capitol as a mob of Donald Trump supporters staged a deadly insurrection. Nearly a year on, Jamie Raskin wonders whether he could have prevented either tragedy.

“Just as I have blamed myself for missing cues that I might have picked up with Tommy, I blame myself for cues I missed relating to the violence as well,” says Raskin, carefully measuring each word. “I spent many, many sleepless nights in self-blame and self-prosecution over everything that had happened with Tommy and with the insurrection.”

Raskin, a Democratic congressman from Maryland, took office in January 2017. Four years later, and a day after burying his 25-year-old son, he was at the US Capitol under coronavirus restrictions to help certify Joe Biden’s victory in the presidential election. He witnessed the citadel of American democracy come under attack from a frenzied mob convinced by Trump’s “big lie” about vote rigging.

“I heard this terrible sound that I’ll never forget of some people trying to barrel into the House chamber,” the 58-year-old recalls in a phone interview from his home in Takoma Park, Maryland. “I don’t know to this day exactly what kind of physical objects they were carrying, but they kept slamming up against the central door to the House of Representatives and so lots of people began to move over there to try to reinforce it.

“But then Capitol police officers came running in with their guns drawn, telling all of us to get back, and they went up and guarded that door. There were people screaming and it was very chaotic. You could hear people yelling, ‘We want Trump!’ and ‘Hang Mike Pence!’” – a reference to the vice-president who ignored Trump’s pleas to overturn the election.

Members of Congress were evacuated through the speaker’s lobby, tunnels and stairwells. “We would see members of the mob running by in different directions. It was like a zombie movie. Whenever we saw them, everybody would accelerate efforts to get away. An insurrection is a pretty intimate thing. These people were all over the place. It’s remarkable more people did not die.”

Finally, they reached the safety of a committee room in a House office building. But Raskin’s daughter Tabitha, 23, and son-in-law, Hank, who had accompanied him to the Capitol that day, were trapped in the office of Steny Hoyer, the House majority leader. They barricaded themselves in with furniture and hid under Hoyer’s desk.

“I was obviously very concerned,” says Raskin. “I was an emotional wreck anyway but I felt now intensely responsible for having brought them with me and put them in harm’s way. It had never occurred to me that the Capitol of the United States would not be secure.”

Eventually the building was cleared by security forces and the family was reunited. “I hugged them and kissed them and I told Tabitha how sorry I was and I said it would not be like this the next time she came to the Capitol. That’s when she said, ‘I don’t want to come back to the Capitol again’. The immensity of these events just hit me at that point. They had fundamentally changed everything by unleashing this violence to support their political coup.”

That night Congress returned to the building to complete the electoral college counts and confirm Biden as the next president. In a stunned nation, there were demands for Trump to face a reckoning over his role in inciting the riot. Nancy Pelosi, the speaker of the House, asked Raskin to become lead prosecutor.

He says: “For me the trial was a kind of salvation because I was so deeply in shock and trauma about Tommy and what had just taken place in the Capitol. It was a time of great confusion.

“If you remember back to 9/11 and what that was like, everyone walking around buffeted and dumbfounded, there was that feeling. But by becoming the lead impeachment manager, I quickly had to develop a focus on what needed to be done.”

Previously a constitutional law professor, Raskin made a compelling case and was not afraid to display his anger, grief and vulnerability. A majority of senators voted to convict Trump but fell 10 votes short of the two-thirds majority required by the constitution. The ex-president was acquitted. But Raskin was not done.

He is now a member of the House of Representatives select committee investigating the events of that day. It has been gathering documents and phone records and subpoenaing witnesses in an effort to produce the definitive account of an event that Raskin says was “as close to fascism as any of us wants to come in our lifetime”.

The congressman, who has written a book to try to make sense of the 50 days that upended his life, says: “I would like to say that 6 January was the end of something but it feels much more to me like the beginning of something.

“Ultimately, that’s up to us. We are definitely in a struggle over the future of democracy. Joe Biden is the right president to try to lead us out of this period of emotional devastation but at this point Donald Trump’s ‘big lie’ lives and his control over the Republican party is absolute. So we are still very much in the fight of our lives.”

Unthinkable: Trauma, Truth, and the Trials of American Democracy by Jamie Raskin will be published by HarperCollins on 4 January 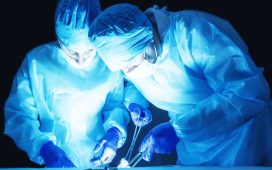 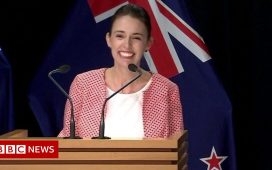 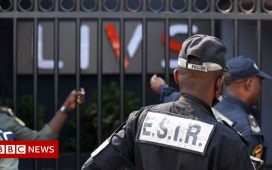