The PS4’s latest exclusive mixes Jet Set Radio with a touching coming of age story, but how does it stand up against other Sony classics?

Did you know Sony were releasing a brand new first party exclusive for the PlayStation 4 this week? If the answer’s no we’re not surprised, because they’ve made absolutely no effort to promote it. In fact, before our review copy turned up, we’d completely forgotten Concrete Genie even existed. The problem is we have a feeling we’re going to forget about it again just as quickly.

Concrete Genie casts you as a young boy named Ash who used to live in a small fishing village called Denska. An accident with a shipping tanker has polluted the water, except not with oil but with a strange magical substance called the Darkness which… makes everything a bit miserable? The game isn’t too clear on what the Darkness is or what it was doing in an oil tanker but the upshot of it all is that everyone has evacuated the town, except for Ash and a gang of bullies.

Ash is an accomplished artist who befriends a 2D genie stuck in the wall of a lighthouse, that gives him a magic paintbrush that can be used to paint murals and bring other genies to life when he finds them sketched on the floor – sketches which he previously made when he was a kid, except for the one at the lighthouse which… oh we give up. Suffice it to say that the backstory is highly contrived and doesn’t make a lick of sense, and neither does most of the gameplay.

What Concrete Genie is really all about is drawing pictures on the walls of Denska using a series of what are essentially prints. These are represented as lost pages from your sketchbook, which you can collect as you go along, and by using the motion controls of the DualShock 4 you can bend and contort them to make your own designs. The prints aren’t terribly varied though, and most are just various plants, plus different weather effects like clouds and rainbows, and background details such as stars or the sun.

The whole act of creating your mural is clearly meant to be the central appeal of the game but it’s not really all that interesting and without the ability to draw freeform shapes you’re not doing much more than just stamping shapes onto the side of buildings. But that is the prime goal of the story, as you’re encouraged to draw murals on walls with fairy lights on them – which then light up to tell you you’ve finished.

You can also bring to life differently coloured genies, which have unique abilities such as being able to set fire to certain objects or activate electric power circuits. If you make them happy, by drawing objects they ask for, they can also imbue you with ‘super paint’ which is the only thing that can remove Darkness from walls.

With some light platforming as well, the scene is set for what could have been a fun action puzzler but the game never leaves you alone for more than a few seconds without telling you exactly what you need to do next, so there’s no real skill or brainpower required. Occasionally you have to distract the bullies, so they move away from a particular area, but what threatens to be an interesting stealth element is – like everything else in the game – never given the time to develop properly.

The combat is even worse, as it’s suddenly introduced in the last third of the game and allows you to move by skating on your paint and shoot fireballs at enemies, but that only last for a peculiarly short time until you’re suddenly into the final battle and the whole thing ends after five hours of constantly seemingly like it was about to get going and then never actually doing so.

If we sound overly cynical in our description of Concrete Genie that’s not our intention, but we are utterly baffled as to what developer PixelOpus, whose only other release has been rhythm game Entwined, was trying to achieve here. Concrete Genie is far too dour and fiddly for kids and yet much too simplistic and twee for adults. You’re supposed to be lighting up the town, but the backdrops are perpetually dark and miserable the whole game and they just aren’t fun environments to be in.

The only part of the game that really works is the portrayal of the bullies. The story is extremely cliché – including one plot point we predicted 15 minutes into the game and which came true exactly as we expected – but the way it shows the backstories of the various delinquents and why they act the way they do is actually quite affecting.

There’s nothing really wrong with Concrete Genie, but where often with video games we’ll talk about an interesting premise that doesn’t fulfil its potential this is essentially the opposite. It’s a very limited concept, that has little intrinsic entertainment value, but has been put together with a surprising amount of care and attention.

Rather than being the PlayStation 4’s worst exclusive this would be more accurately described as the most forgettable. We find it hard to imagine it’s going to find any kind audience and as much as we admire the intention to create something different it really needed to be something more compelling than this.

In Short: A peculiarly underdeveloped riff on Jet Set Radio that never manages to find anything interesting to do with any of its many gameplay mechanics and story ideas.

Pros: The storytelling is surprising good, especially in terms of its portrayal of the bullies. Plenty of different ideas, even if there’s no depth to any of them.

Cons: None of the gameplay is at all engaging, with simplistic platforming, no real puzzles, and a central painting mechanic that allows for little real artistic expression. Very short. 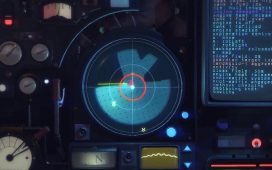 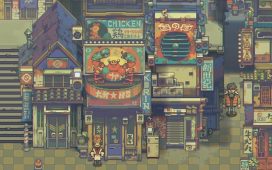 Letter from the Editor: What's with all the good reviews? 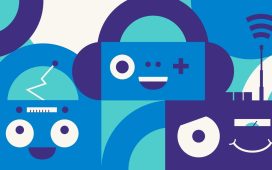 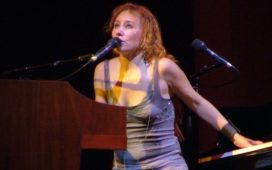 Off Topic: A brilliant podcast about 90s pop 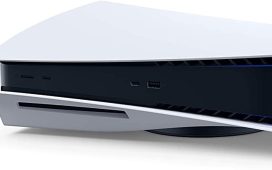