Australia’s universities are cutting back on Asia specific programs in the wake of the pandemic, threatening the nation’s ability to understand, engage and do business with the region, experts say.

La Trobe University last week unveiled plans to sack about 200 staff due to a reported $165 million shortfall in revenue, which Vice-Chancellor John Dewar attributed to an over-reliance on fee-paying international students.

La Trobe Asia — a university-wide initiative to foster academic and public engagement with the region  — which currently has three staff will be left with just one part-time staff member after the restructure.

The university said the coordination and communications staff would be integrated into larger teams in the same portfolio.

“In a time of increased geopolitical uncertainty and contestation, we need more engagement with Asia not less,” she told the ABC.

“This is part of a broader national trend of cutting or downsizing Asia-related programs in the tertiary sector, and ultimately degrades our national capabilities to engage with and understand our region.

The university, which faced criticism last year for cutting its Indonesian language program, would continue to teach Chinese, Japanese and Hindi and offer an Asian Studies major, a spokesperson said.

Across the other side of the country, the University of Western Australia (UWA) is planning to cut research positions in Asian studies, along with the entire disciplines of anthropology and sociology, to focus on language education. As a free trade agreement with Indonesia comes into effect amid concerns over Australia’s economic reliance on China, experts warn Australia’s Asia literacy is likely to suffer due to the COVID-19 pandemic.

A spokesperson for UWA said the university was undergoing “structural reform” to achieve “financial sustainability and strategic improvement”, and that “regrettably, as has occurred across the university sector, some job losses will be inevitable”.

“Proposed changes are being considered area by area and being assessed on strategic merit against the University’s student-centric and broader priorities. Social Sciences is just one of the first areas to undergo leader-led change,” they said.

“Asian languages instruction will be bolstered by the creation of teaching-focused appointments in this area.”

However, some in the sector see the moves as a death knell.

Gerald Roche, a senior research fellow at La Trobe specialising on ethnic minorities in China, told the ABC he planned to leave academia when his contract expires at the end of 2021.

He said being overseas was the only viable option for many early career academics — especially those with a focus on Asia.

He spent eight years in China and two years in Sweden before returning home to be closer to family but said Asian studies was “tanking” in Australia.

UWA student May Hawkins told the ABC: “Killing off research in social sciences and my Korean studies really means the slow death of my field of study at UWA.”

The Asian Studies Association of Australia said it was concerned “scholars of Asia are considered dispensable at a time when Asia is one of the most important regions of the world to understand, and indeed it is the region within which Australia is located”.

“The hard reality is Asian studies programs are being wiped out across the sector,” he told the AFR earlier this month.

“The question is, is that what Australia’s future needs?

“If that’s what the government thinks is the right thing for Australia, fine. But I would like to think it’s a strategic choice, not one that just happened,” he said.

John Hewson, a professor of public policy at the Australian National University (ANU) and former leader of the Liberal Party, said providing Asian language courses without teaching Asian history, politics and culture reflected a lack of strategic thinking from the federal government and among university management.

He told the ABC the pandemic should have been an “opportunity to reset” and reform the higher education sector, but instead there was “nothing”.

The cuts to Asian studies at universities come at a time when business leaders, educators and foreign policy experts say understanding of Asia is more important than ever.

The opposition says the federal government’s failure to provide pandemic-related financial assistance to the tertiary education sector is to blame.

“In 2020, more than three quarters of Australian exports went to Asian trading partners — worth $330 billion to the economy.

“Understanding Asia is critical to both Australia’s prosperity and our security as a nation.

“It is astounding that Scott Morrison was happy to let profitable companies access JobKeeper while deliberately excluding universities.”

Universities with an annual turnover of less than $1 billion would have been eligible for JobKeeper if they could have demonstrated a 30 per cent decline in revenue, but over a six month period — unlike one month or a quarter for other businesses or charities. The ABC confirms the university, which rakes in about $16.5 billion in revenue each year and is ranked the 11th best school in the US, received the payments.

A Department of Education spokesperson said the government was “not aware of any [major Australian] university which saw a sufficient drop in revenue at any point during 2020” which would have made it eligible for JobKeeper.

Tim Watts, a Labor MP for the seat of Gellibrand in Melbourne’s multicultural western suburbs, said cuts meant “losing crucial institutional knowledge, connections and relationships” that were decades in the making.

“This is on the Morrison government. Where’s the long-term vision?” he said.

“After the immediate COVID-19 crisis, Australia’s economic and security interests will continue to rely on our capability to engage and shape our region.

“We will look back on this period as a tragic act of national self-sabotage from a complacent, inwards looking government.”

The ABC sought comment from the Prime Minister’s office but did not receive a response.

“The Australian government recognises the importance of language education in both our universities and schools,” a spokesperson for the Department of Education, Skills and Employment told the ABC.

“The government’s Job-ready Graduates Package will see students pay less to study in areas of expected future job demand, with foreign languages being one of the areas where discounted fees will apply.”

Should Australia focus more on its Asian communities?

Michiko Weinmann, a researcher on language education at Deakin University, said Australians viewed Japanese, Chinese and Korean as “strategic Asian languages for commerce and trade” while others like Vietnamese, Indonesian, Hindi and Tagalog were so-called “community languages”.

“This kind of positioning makes language study ‘vulnerable’ when political and economic priorities shift, for example when the Balibo or Bali incidents in Indonesia led to a drop in Indonesian language study,” she said.

Dr Weinmann said Australia was already a multilingual society with a large part of the population speaking multiple languages.

If Australia saw understanding Asia as worthwhile, the government might need to consider its Asian communities, she said.

“Research highlights that they often do not see themselves included in those kinds of policy directions,” she said.

“This may be one of the reasons why the success of developing Asia literacy has been inconsistent.” 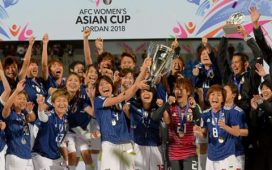 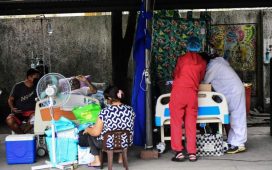 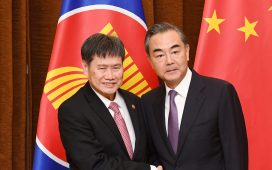 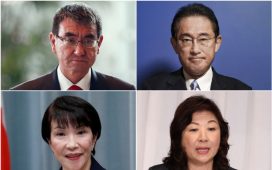 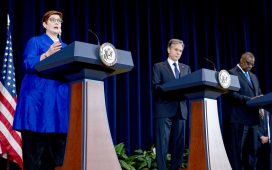