When Max Richter sat down to compose a new ballet score in 2015 he knew what he wanted to say. In April of that year, an overcrowded vessel sank off the coast of Libya, en route to Italy, killing at least 800 trapped migrants – including children aged between 10 and 12. From his (then) home town of Berlin, the crisis was impossible to ignore. The German chancellor Angela Merkel uttered the words Wir schaffen das (we can do this), but as the number of refugees applying for asylum rose, attacks on their homes did, too.

Richter’s response was instinctive: a 33-minute work titled Exiles, composed for Sol León and Paul Lightfoot’s Singulière Odyssée at the Nederlands Dans Theater, inspired by what Richter calls “the big question at that time”. Five years after it premiered in 2016, this reflective piece now forms the heart and soul of Richter’s new album, Exiles, recorded in Tallinn, Estonia, in 2019, and set to be released on 6 August. It is a retrospective collection comprised of newly orchestrated tracks taken from his back catalogue. Yet Richter tells me, on a video call from his home in Oxfordshire, that it remains relevant despite our quick-turn news cycle: “This crisis is still with us in different forms.”

The theme of exile, journeys and borders is something that Richter kept in mind when picking the orchestra to play his music, a loose gathering of musicians from Denmark, Estonia, Finland, Germany, Latvia, Lithuania, Norway, Poland, Russia and Sweden. Richter believes the Baltic Sea Philharmonic has a “peacemaking” function: “The idea of music being a shared space where people with different experiences, viewpoints and social contexts can come together and make something.” The post-Brexit isolationist position of the UK has only emboldened this ethos for Richter. “I’m a European,” he says. “These kinds of transnational problems call for collaboration, they call for a fundamental working together, and a rethinking of what boundaries and borders even mean in 2021.”

When the conductor Kristjan Järvi describes the orchestra he founded in 2008 he calls it “youthful” and “naive”; a vagabond collective that seeks to “erase the borders between east and west”. Grinning in the sunshine from his garden just outside Tallinn, Järvi reminisces about his early childhood in Estonia in the 1970s, looking out towards Finland, a beacon of freedom that lay frustratingly out of reach on the other side of the Gulf. “Those borders don’t exist any more,” he tells me. Instead, the Baltic Sea is now “the glue that holds all these EU and non-EU countries, Slavic and non-Slavic, together as a cultural unit. States reborn as an orchestra.”

Every era has a different type of exile, Järvi tells me. Only a few weeks ago, Estonians marked the 80th anniversary of what is called the June deportation, in which thousands of people were forcibly removed from their homes by the Soviet Union. “This whole idea of exiles is a story of humanity because you can even distil it down to tribalism,” he says. “I own this piece of land, you own that piece.” The Baltic Sea Philharmonic’s mission statement is to transcend these boundaries and break the rules, not only in regards to what contemporary society means in 2021, but how a traditional orchestra should mobilise and how it should create.

In 2017, they performed Stravinsky’s The Firebird entirely from memory, a technique that the Baltic Sea Philharmonic regularly adopts. Musicians often stand rather than sit, and they are frequently separated from their sections. “Why would Mozart want to be like Haydn or Beethoven like Schumann?” Järvi asks. “Every orchestra is a microcosm of society and this society is a completely non-hierarchical model of authority.” For Richter, this ideology made them the perfect orchestra to play his works: compositions that he calls “activist music”.

Can he explain what he means by that, I ask? “I think creativity by its nature is activism,” he says. “It’s about meaning, it’s about experiment, it’s about the unknown, it’s about discovery.” Each track on Exiles has been carefully chosen. Richter has raked over his musical past, reorchestrating On the Nature of Daylight, his response to the outbreak of the Iraq war, and reimagining The Haunted Ocean 1, from a soundtrack that scored writer and director Ari Folman’s animated documentary about the Lebanon war, Waltz With Bashir, in 2008.

Every musical recording is a voyage of discovery, Richter tells me. “Those human beings in that room, on that day, that’s what makes it special. It’s a laboratory.” Järvi calls it subquantum music. The Estonian conductor might be an F-sharp guy and Richter may be G-flat, but they’re still sitting on the same note. When he hears Richter’s orchestral visions he feels them as if he has written them himself. Harmonic shifts, he says, live within us all.

And yet, for all its searching, Exiles ends on a “what if” moment that is far from resolved. “Is there a better way for us to be headed?” Richter asks me. “Are we going to be able to shift things into something more humane, more sustainable and a bit more equal? That’s the big question.” 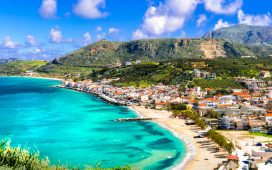 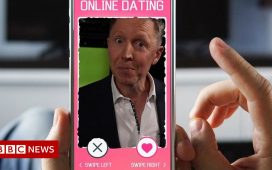 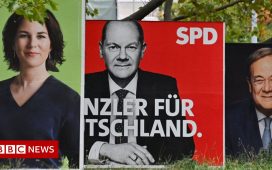 German elections usher in political change with a small 'c' 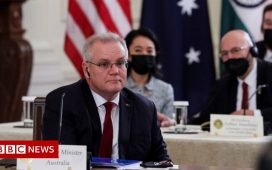