Rishi Sunak has committed an extra £35bn to companies and keeping people employed until the UK economy recovers, with an extension to his flagship Covid-19 furlough scheme and cuts to VAT and business rates.

Business leaders called on the chancellor to extend support until at least the end of coronavirus restrictions in the summer, with additional help then needed for companies to rebuild operations after almost 18 months of restraints.

“We will continue doing whatever it takes to support the British people and businesses through this moment of crisis,” Sunak told MPs as his Budget met many business demands.

Under the extended furlough scheme, which will cost almost £7bn, the government will cover four-fifths of workers’ wages up to £2,500, with employers paying a higher share from July. Almost 5m employees are still using the scheme.

More than 600,000 people, many of whom became self-employed in 2019-20, will also be able to claim cash under the Self-Employment Income Support Scheme. This will cost almost £13bn this year.

Without the extended furlough, employers had warned of mass job cuts.

Jonathan Geldart, director-general of the Institute of Directors, said it would “provide a vital cushion to support jobs as restrictions unwind and firms begin the costly process of rescaling”.

Tony Danker, director-general of employers group CBI, called it a “pro business recovery” Budget that answered many of the requests put to the Treasury by UK companies. Danker said the chancellor’s plans made both a soft landing as well as a bounceback possible for the economy.

But, referring to the rise in corporation tax, he warned it might undermine the medium-term competitiveness of the UK if it deterred large global companies from investing in the country.

Stephen Phipson, chief executive of manufacturers group Make UK, said the furlough scheme was a lifeline for many manufacturing businesses and their employees.

“The extension will be a sigh of relief for manufacturing employers who experienced some of the highest churn rates in years in 2020 due to redundancies and are still considering further lay-offs.”

But the hard-pressed retail, leisure and hospitality sectors expressed disappointment at the limited scope of an extension to the business rates holiday in England.

The current 100 per cent relief for all properties will continue for three months until June 30 against hopes for a year-long extension, as announced in Scotland.

From then until March 2022 premises required to close during the current lockdown — such as non-essential retail — will see rates cut by two-thirds but with a cap of £2m of relief per business, meaning many large chains will see much lower benefit. The total cost to the taxpayer will be close to £7bn.

Large supermarkets were criticised last year for taking the cut to business rates despite making large profits. The big four — Tesco, J Sainsbury, Asda and Wm Morrison — all said on Wednesday they would not take their entitled three months’ relief.

Helen Dickinson, chief executive of the British Retail Consortium, said the relief capped at only £2m for closed businesses was only “a tiny fraction of their total liability”.

The chancellor will also extend the cut to VAT on accommodation, food and drink of 5 per cent until the end of September, and then cap the rate at 12.5 per cent until April next year. The move to support hospitality and tourism will cost about £5bn.

Adam Marshall, director-general of the British Chambers of Commerce, said that “extensions to furlough, business rates relief and VAT reductions give firms a fighting chance not only to restart, but also to rebuild”.

The chancellor committed an additional £5bn in “restart” grants to help struggling businesses in the Budget. 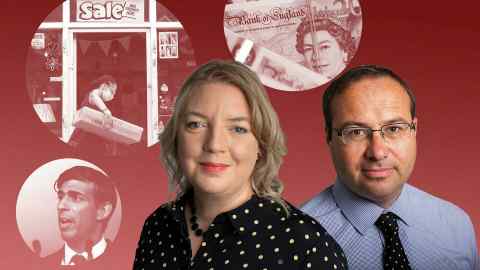 This is worth as much as £6,000 for non-essential retail businesses able to open first, and up to £18,000 for restaurants, hotels, hair salons, gyms and other businesses in England forced to shut in the lockdown.

But the chancellor confirmed that the £73bn state-backed Covid-19 loans scheme would not be renewed as the Treasury seeks to bring back a more normal lending market.

Instead, a successor “recovery” scheme with a government guarantee on loans of up to £10m — based on more commercial terms including the return of personal guarantees — will be brought in from April.

Mike Cherry, national chairman of the Federation of Small Businesses, said “thousands of small businesses” on the brink of collapse would welcome the extension of flagship support schemes.

Emma Jones, founder of small business network Enterprise Nation, said the Budget was strong on support programmes but lacked “a plan to reduce small business dependency on state handouts and getting into debt”. 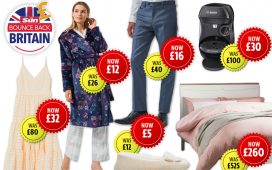 Best high street sales and discounts including Debenhams, Next and H&M on ‘Manic Monday’ with up to 70% off 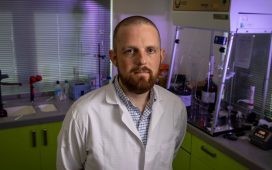 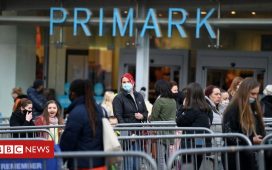 Shoppers rush back as High Streets reopen in England and Wales